By Richard ListerAugust 17, 2016
We had breakfast by the river this morning under a startlingly blue sky, with mountains marching off in all directions. Tom was soon navigating the river; hopping from stone to stone and was joined by Fynn and Harrison who plunged straight in up to their knees. That was the last we saw of the three of them for about twenty minutes as they went further upstream on an adventure. 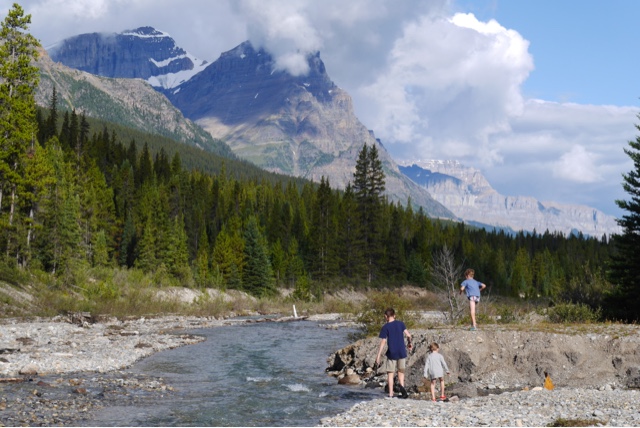 Tim wandered over with a flask of coffee (thanks Tim) and we sat in the sun, wondering if the boys had been eaten by a bear yet. The campground was barely half full and the sunny open space was much nicer than being in a regimented site between trees. 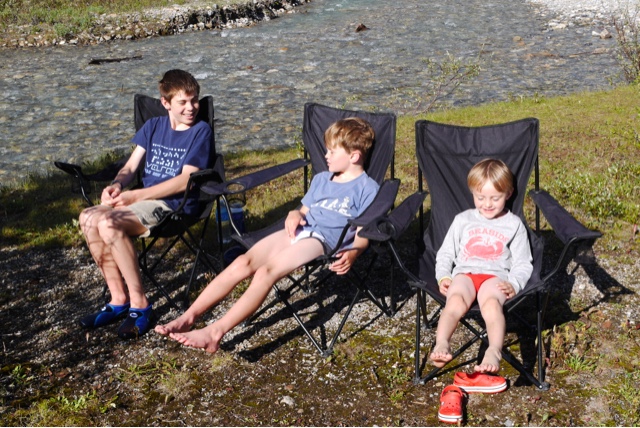 Eventually though we had to tear ourselves away. The Sturks headed off to Bow Lake and we went north towards Wilcox Creek for a walk. It was the perfect weather to drive up the Icefields Parkway; blue skies, sunshine and clouds artfully combining to show the snowy peaks at their blowsy best. After half an hour we parked at the Wilcox Creek campground and began the familiar climb up through trees. 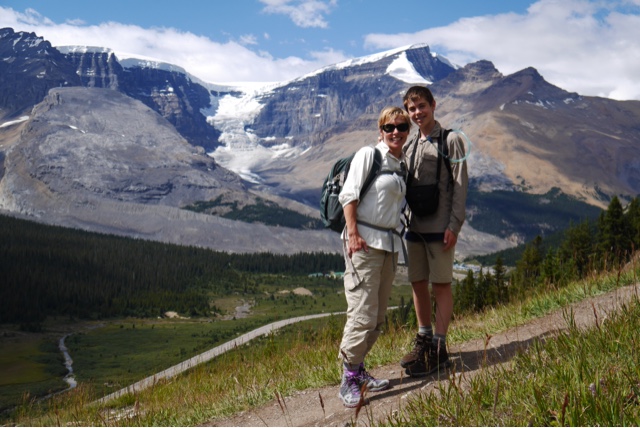 After a couple of K the trees fell away and we had a stunning view across the valley to the Athabasca Glacier, ridged and menacing as it grinds its way down the valley. We could see the ice vehicles carrying people up the glacier, which Helen and I remembered doing on a family holiday when we were kids. 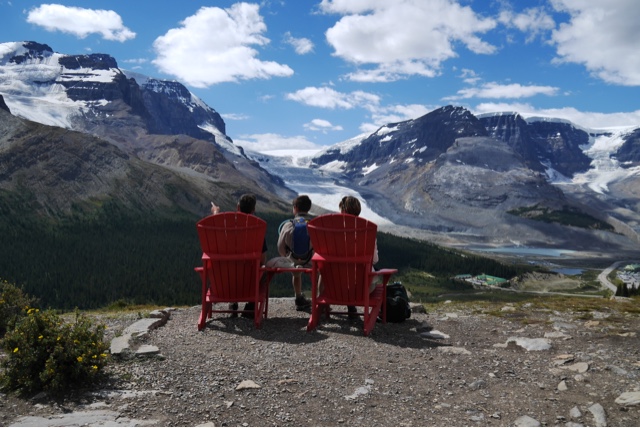 As we continued, two more glaciers came into view either side of it and we had a sense of the vast Columbia ice sheet behind, pushing its way over the edge of the mountains like a frozen, slow-motion waterfall. 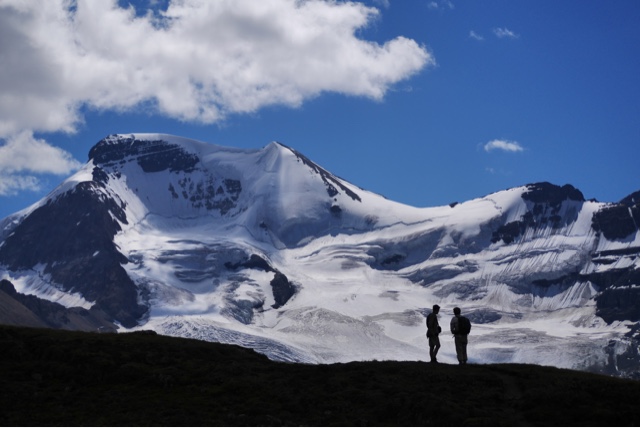 We had lunch on a lonely, windy ridge looking out over the glaciers, and at one point we heard the crack and boom of an avalanche. 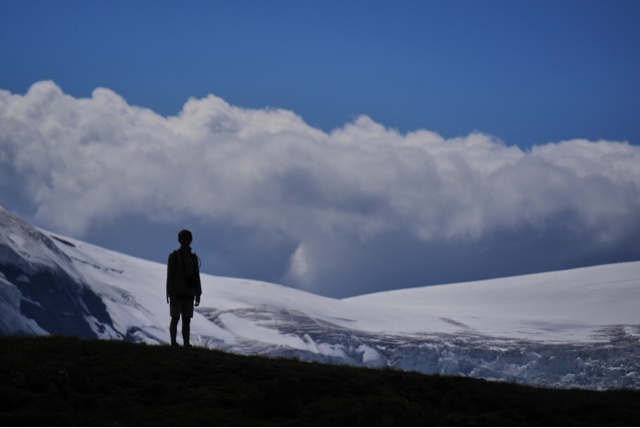 After four or five K we had done enough and the walk had moved into an open valley with a rocky stream running through it which Tom, the Labrador, immediately found a stony way down. We headed back down the path. 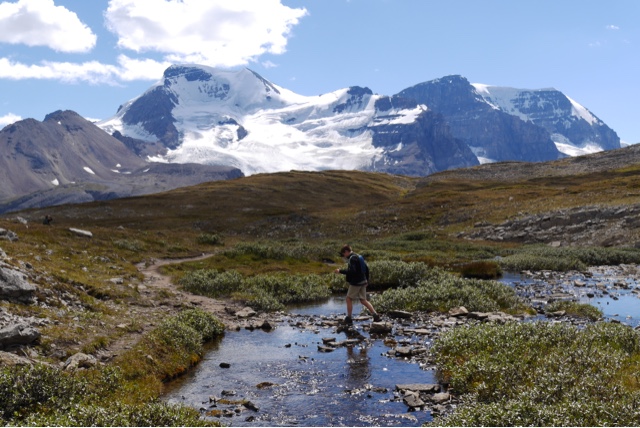 Back in the RV we drove to the toe of the Athabasca glacier and made a cup of tea. As you do. 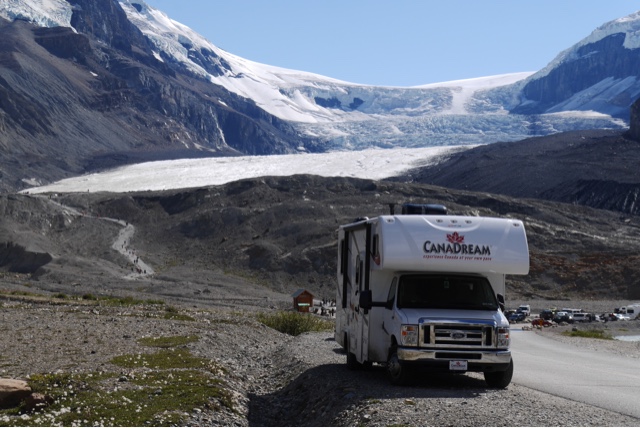 We’ve done a lot of walking this week, perhaps around 50k in all, with lots of ups and downs. Truth be told we were all a bit whacked. We turned back onto the Icefields Parkway and headed north to Jasper. In the late afternoon the light was coming off the mountains as we drove but their quiet bulk was just as impressive.
Just outside Jasper a roadside commotion suggested an animal of some sort and yes indeed there was a black bear snuffling about in the bushes. We stopped to look and were amazed to see people getting out of their cars for a closer snapshot. One, particularly stupid individual was stalking the bear from a few feet away. A park services truck went by and the guy yelled at everyone to get back in their cars but no-one moved.
Jasper is a two street town and feels much more like a real place than Banff. We stopped for groceries before heading back south for fifteen minutes to the Wabasso campground. It’s another lovely one with just enough trees to feel private but not enough to feel like you are in a deep dark forest. The Sturks had arrived in their space opposite five minutes before. After supper we all sat around a camp fire toasting marshmallows and watching for shooting stars. Perfect.