By Richard ListerAugust 5, 2016
‘Given that the temperature today was going to hit no more than about 95 we thought it a good idea to head into the hills for another hike. Because if you don’t have to carry your own body weight in water, well really what’s the point? This time though our destination was a wooded canyon with real actual water flowing in the bottom of it, to complete the illusion that it wasn’t so hot after all. So back to the racetrack, heading towards Pasadena and the last space in the parking lot, with the scrubby slopes of the Angeles National Forest rearing up ahead of us.
The first part of the trail is on a closed asphalt road which goes past the blocky grey buildings of the NASA Jet Propulsion Laboratory. The leading centre for the robotic exploration of the solar system, says its website. It IS rocket science…
The road then follows the Arroyo Seco Creek into the mountains. 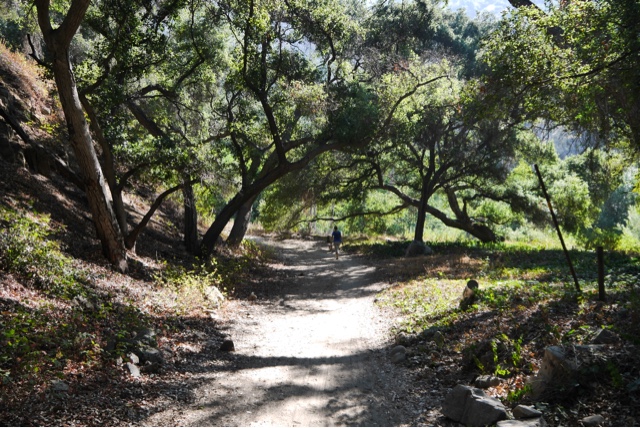 The road is legacy of the 1920s when no part of nature was considered unconquerable. If you wanted to build yourself a holiday cottage in the mountains, why go ahead! And a road to get there? Yes of course! Now the bungalows are long gone, with just foundations still visible among the trees. The road soon turns to dust, though the bridges over the creek are still there. At this time of the year it is a thin, cold stream flowing over smooth rocks, winding between white alders, sycamores, Douglas firs and oak trees. They are raucous with bird life – especially woodpeckers which we could hear hammering away almost continually. One dead eucalyptus was particularly popular with five red-headed woodpeckers competing for the same patch of trunk. 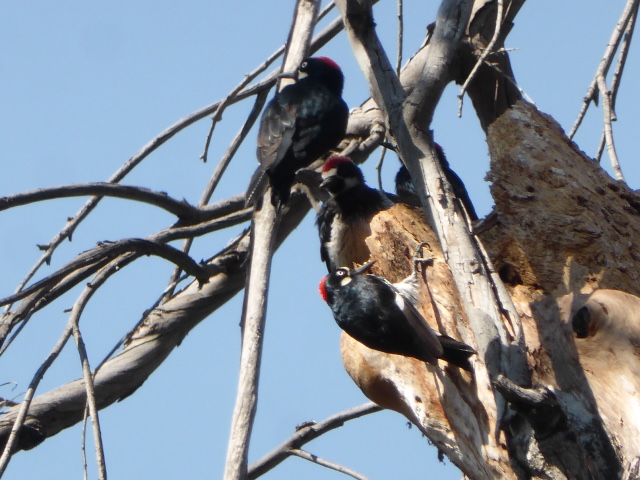 The water brings the walk to life in a way we hadn’t experienced on other trails. We sat in a rock and watched portly hummingbirds drink from orange blossoms while floaty yellow butterflies dipped about. Later we surprised a big-eyed deer, and there were warnings of rattlesnakes and mountain lions. 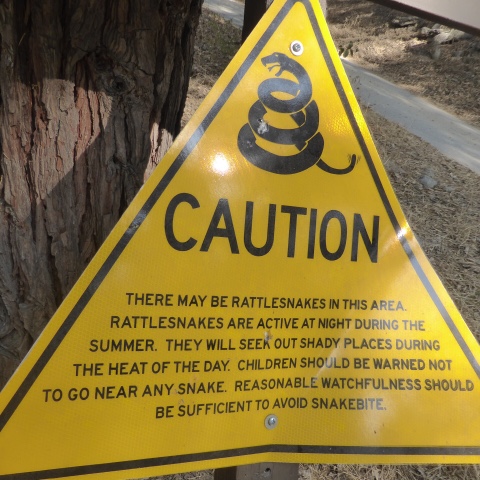 We saw SO many mountain lions that we didn’t bother to take pictures. Yawn. 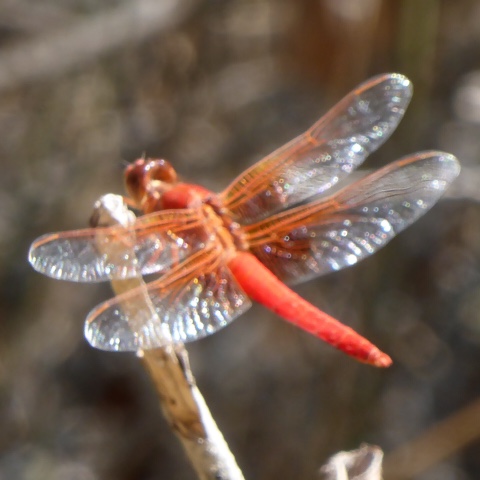 It was lovely walking in the shade on a gently ascending trail by a trickling stream and we found we’d done three miles in the first hour. 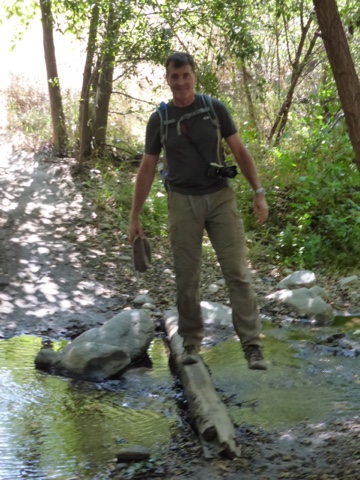 Then, abruptly we started switch backing up the canyon wall in searing sunshine, looking out across the trees which hid the river below. We climbed for ten minutes or so before descending back into the trees and what was now, confusingly, a dried river bed. 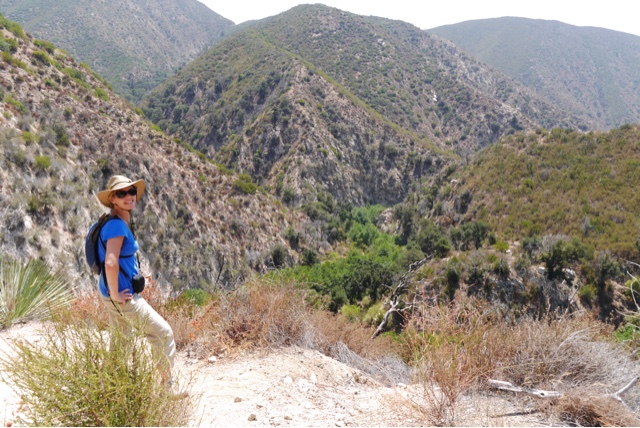 We were aiming for a primitive campsite but at the point where it was supposed to be the trail was unexpectedly closed and we had to turn back. It was noon. The sun was high and shade was harder to find on the trail on the way back, but winding through the trees was just as lovely. When we hit the start of the asphalt again, we discovered that while we’d been in the canyon, someone had actually extended the road by several miles. There was no shade and we were both feeling a bit spacey by the time we got back to the car. We’d done just over eleven miles. I insisted that we drove to Bob’s Big Boy for medicinal lemonades which we drank down almost in one go.

After supper that evening we had a walk around our exclusive little neighbourhood, along the paths between modest but beautiful hillside houses, bougainvillea spilling over carefully maintained fences. One large house had been built in a Japanese style and clearly abandoned for some years. The back porch had almost completely fallen off and the garden was unloved. I looked through a window onto hardwood floors and sliding screens either side of a large fireplace. It was gorgeous. I searched for it on the Internet when we came back and discovered it had been briefly home to the King and Queen of grunge rock in the nineties, Kurt Cobain and Courtney Love. It was hard to imagine them using our elevator every day – but apparently they did (when they could find the key according to what I read).  Lovely house though. P and I decided we would buy it and fix it up because it is almost certainly very affordable.
It would be lovely though… 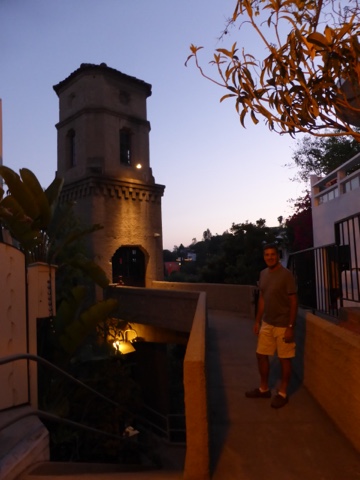