By Richard ListerAugust 3, 2016
Dedicated readers of this blog will know that I have a TVR Vixen sports car, which was made in Blackpool in 1971. It is incredibly fast (ahem) and very, very handsome – at least in my head anyway. Only a few hundred 2500 Vixens were made and nearly all of them were exported to the USA. From time to time when I throw a question about my car into the Internet, I get an answer from someone in the USA. Someone like Terry Stewart in fact who has been turning his own Vixen into a fire-breathing V8-engined Tuscan track car. He generously offered me some bits of TVR that he no longer needed and as he lives about an hour away from our eyrie in the Hollywood Heights we went to see him and his brother Haven.
Terry’s house is a hop and a skip from Ventura, at the top of a steep hill. He and Haven were warming up their TVR when we got there. We pulled in and there were handshakes all round before we got to the serious business of looking at engines. 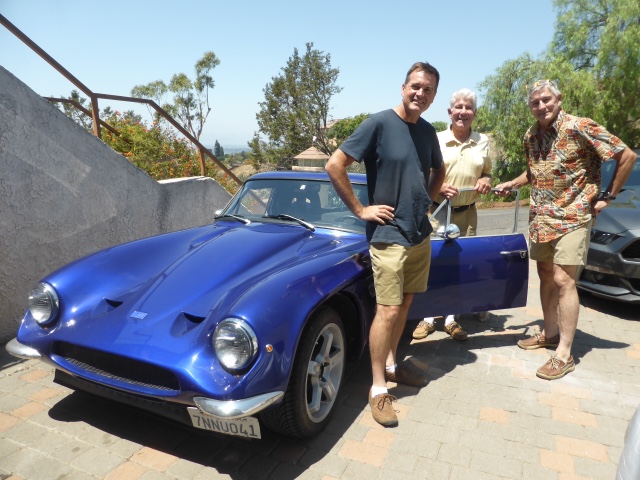 They have completely rebuilt their TVR, replacing most of the dodgy British sixties engineering with modern American know-how. They’ve done all the work themselves and at the back of the garage were all the tools and equipment you could ever need including a lathe. Jealous? Well only a lot. 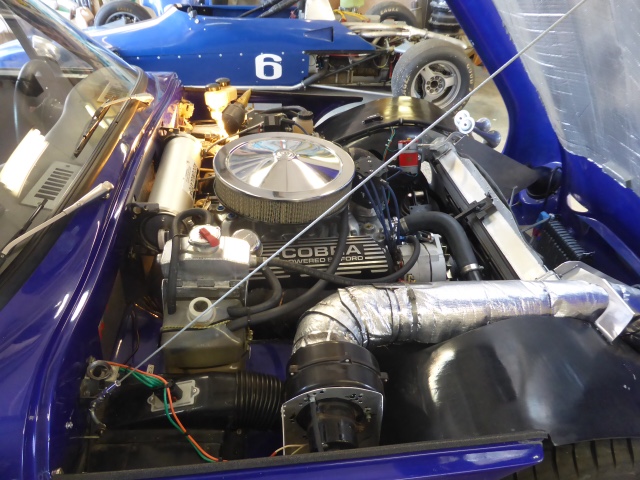 As well as the TVR, the garage also contains a single seat Ford Royale racing car, which Terry had offered me a drive in at Willow Springs Raceway over the weekend when we were in Catalina. 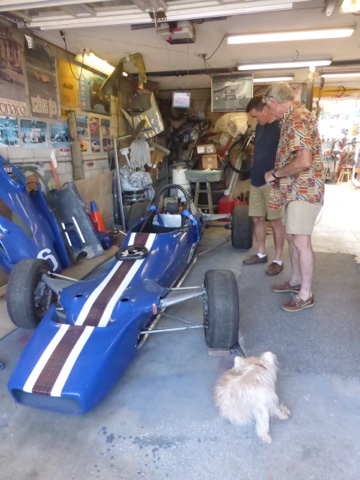 Thanks Terry…another time. Sigh. P and I had to make do with sitting in it and marvelling at the tiny steering wheel. I say sitting in it but actually you have to sort of pull it on, like a snug shoe. 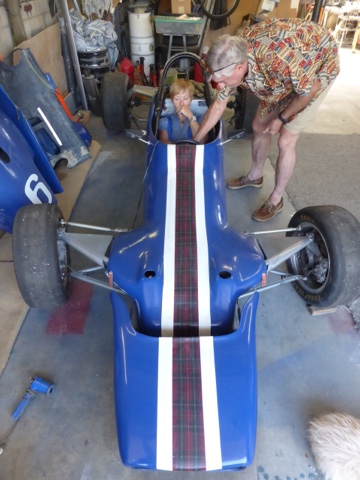 Then it was time for a drive in the TVR. After strapping me into the harness, Terry fired up the V8 and reassured me that he had considerable racing experience… Needless to say with a V8 engine, his TVR is quite a bit faster than mine… In a straight line on a road with a 45 mph limit, we hit…a solid 45 and absolutely no faster officer (though the engine noise might have suggested otherwise). Returning up the hill on a snaking road Terry revealed that his car is really quite good at going round corners too… 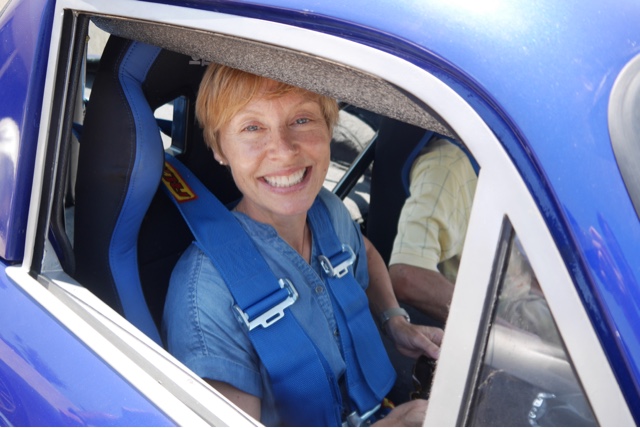 Then it was Philippa’s turn. Haven drove her and she had a big grin on her face as they pulled away. While they were sedately touring the local area, Terry found me a box of bits including a couple I have been looking for for ages…thanks again Terry.
Haven pulled up with P grinning even more broadly and he scolded Terry for the burnt rubber marks on the road from earlier. “That was in 3rd” said Terry proudly. He is a true racer at heart and a brilliant self-taught racing engineer. It was great to finally meet. We had a terrific time with them and took them out to lunch at a newly refurbished cafe/diner down the hill. By the time P and I said our goodbyes and set off back to LA it felt like we were all old friends.
We picked up Tom from film school, popped home for supper, and went back out to the AMC at Universal to see “The Secret Life of Pets”. It was fun and sweet and had some good set pieces though we all thought it was channelling Bolt, and Bolt was better. The cinema won big brownie points though as all the seats were La-Z-Boy recliners. A great day and P and I went to sleep with the sound of a grumbling V8 still ringing in our ears…