By Richard ListerAugust 2, 2016
From the hills above LA, on a clear day, you can just about make out a distant smudge in the Pacific which is Catalina Island. Once home to the Pimu Indians it was claimed by Spain and then Mexico and finally the US and became home to gold-diggers, otter-hunters and smugglers before the chewing gum magnate William Wrigley bought up large tracts of it and turned it into a tourist playground. I know it’s spelt differently but the phrase “chewing gum magnate” makes it sound like wherever he went, lumps of discarded Juicy Fruit would fly off pavements and attach themselves to his legs. But I digress.  It’s now run largely by the Catalina Island Conservancy and you can get a ferry from the LA docks area which gets you there in about an hour. First though we had to get to the ferry terminal and after a wrong turning we found ourselves in a long line of giant trucks bearing shipping containers making their way around the industrial port. It was interesting, but it wasn’t getting us any closer to Catalina. After three crossings of the giant bridge which spans much of the port we found the turnoff and then Anna and Coll and the girls at the Catalina Island terminal. 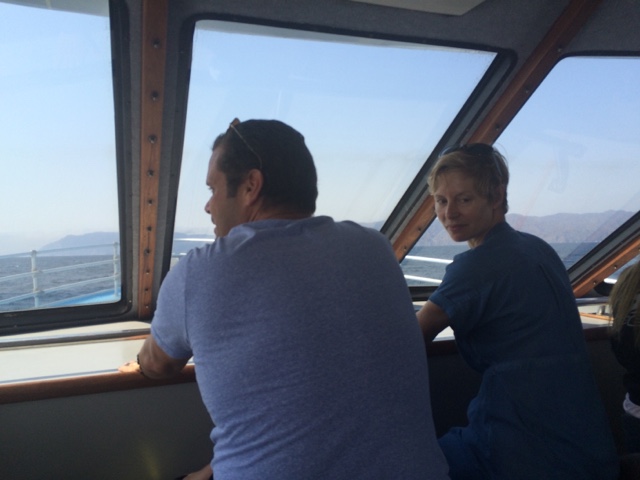 The Catalina Express chugs sedately out of the harbour, past the USS Iowa and the old salmon coloured clapboard seafood warehouses which still look to be in business. 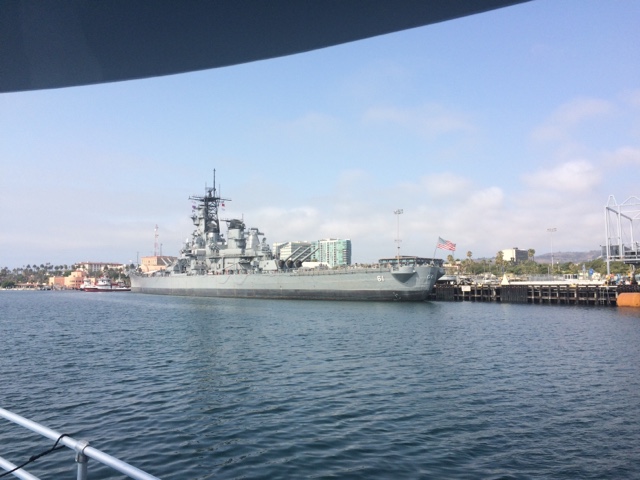 Then the throttles open and the ferry smashes over the chop across the 20 miles of ocean to Catalina. There are only two settlements in the island, the biggest being Avalon with pleasure boats bobbing in its harbour and houses spreading up the hill behind the wooden buildings in the old town. It looks and feels very Mediterranean and the cool ocean breeze took the edge off the sunshine.
We rented kayaks from the dock and were soon weaving between white-hulled motor cruisers and sport-fishing boats on a bouncy sea. Tom had his own kayak and was DESPERATE to engage in some kind of paddle-splashing battle with someone and P and I were fairly wet anyway so there was some regrettable behaviour which would have got us thrown out of the yatch club. After forty five minutes of paddling down the coastline we spotted a stretch of pebbly beach and rode the waves onto it.
We hardy North Atlantic types thought the sea quite warm but Anna with her warmer Pacific-based metabolism had other ideas. All the same it was fun to bob about in the swell for a while and dry off in the sunshine.
The wind had dropped on the way back and what we thought was going to be a bit of a slog turned out to be easier than the outward journey. We handed back the kayaks and made for the Lobster Trap for lunch – stuffed fish hanging from the ceiling, walls lined with nets, wood everywhere (you get the idea) but great food and quite a racket. The rest of the day slipped by on a stretch of busy sand with the snoozy adults reading and lazing and the kids swimming out to a pontoon and then pushing each other off it. What more could you ask for really?
The Californian contingent took an earlier ferry than us so we poked around the narrow streets being tourists. It’s a fun little place. There are no cars on the island, just golf carts which add to the slight air of unreality it has – as if on the set of the Truman Show or in Portmeirion . 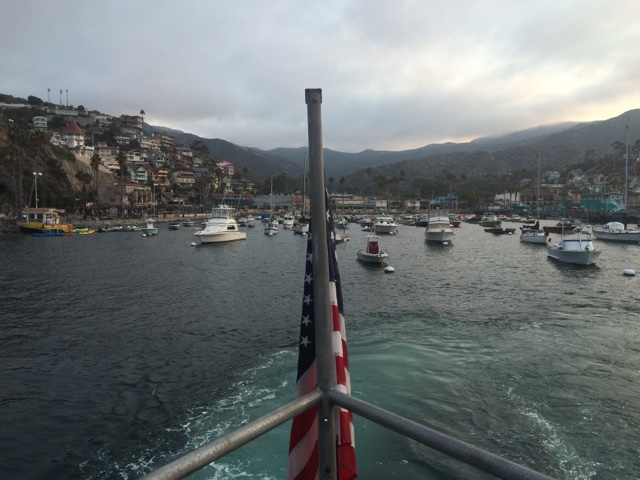 We crossed on the 7.15 catamaran, watching the sun set and seeing the lights of LA emerge ahead of us. 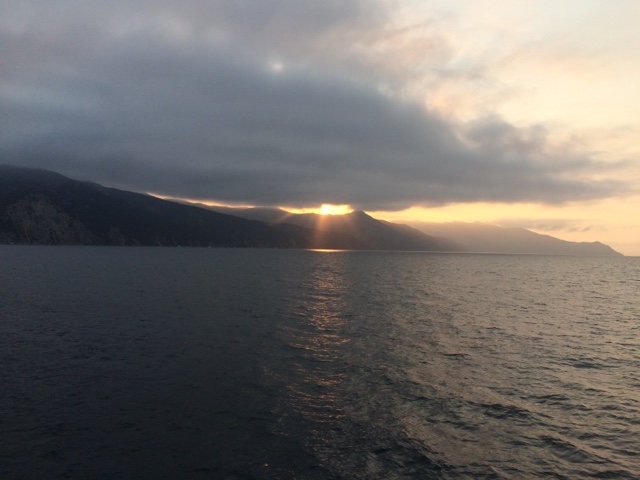 We got back to Long Beach in the dark with the huge harbour bridge all lit up above us. 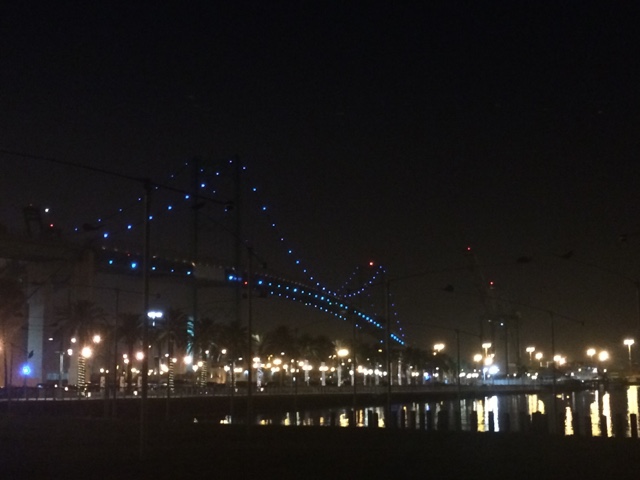 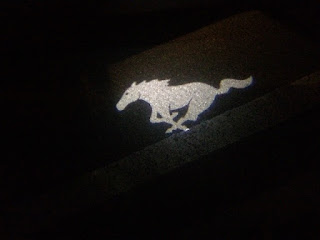 We also discovered that our Mustang wing mirrors have their own light show when you
unlock the doors, projecting this onto the pavement…

So that’s not tacky AT ALL!

We drove home through the cool Los Angeles night in solid traffic and after clanking back up the hill in our magic elevator, we plunged gratefully into bed.