Up to the past

By Richard ListerAugust 1, 2016
OK back to the great outdoors again today. The Angeles National forest is no more than an occasionally hair-raising forty five minutes up the freeway from Hollywood. We slalomed through the usual LA freeway mix of thundering trucks, Maseratis and dodgy looking minivans, spread nose to tail over five lanes. We turned north in Pasadena and got off the highway in Altadena; a pleasant suburb of low rise houses, churches of several denominations, a lost-in-time commercial district and the woody edge of the National Forest. 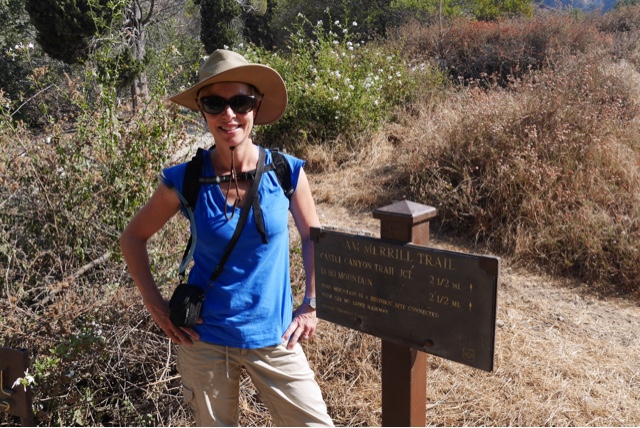 Blimey. It really was hot. We struck out with full Camelbacks and extra water bottles up a steep switchback trail to the summit of Echo Mountain. 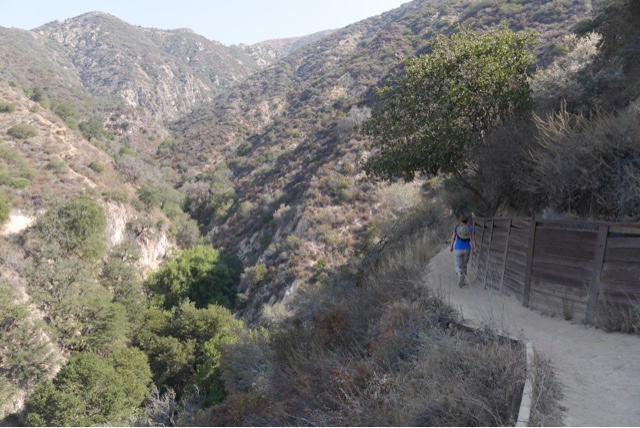 It’s 3200 feet high and though not the tallest peak hereabouts, it has a fascinating history dominated by Professor SC Thaddeus Lowe.

A veteran of the Civil War, he seems to have been quite a character. He introduced reconnaissance hot air balloons to the Union Army after demonstrating their use to President Lincoln.

He seems to have taught Count Ferdinand von Zeppelin much of what he knew too… After the war he patented a hydrogen gas production method and made a lot of money out of it. After retiring to Pasadena he seems to have been determined to put a railway up a Californian mountain. Having been thwarted by Mount Wilson he settled on Mt Lowe (Echo Mountain as it became known).

He successfully built an incline railway up one side and then a seventy bedroom hotel on the summit in 1894.

Also part of the complex were a forty room alpine chalet, a casino, dance hall and an astronomical observatory. So vast and gleaming was this development that it was known as “White City” and was visible for miles around. 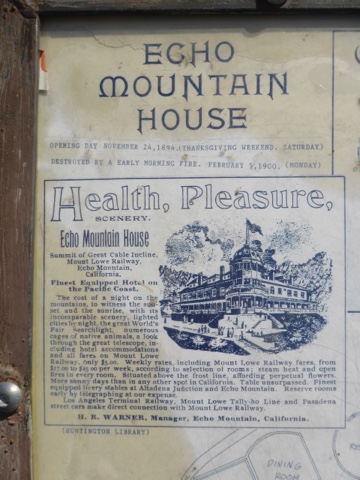 It took us about an hour and a half to get the top in searing heat, glugging away at our water. At the summit we had our sandwiches in the shade of a tree and looked back down towards distant LA, in the ruins of what Lowe had created. 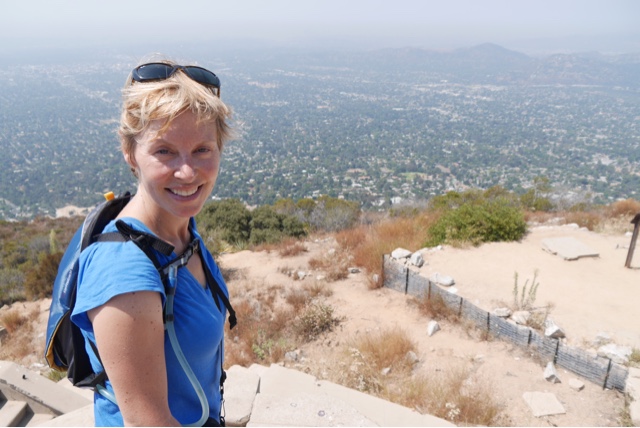 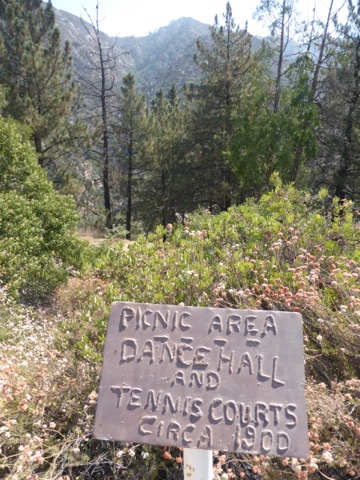 Though initially popular the project almost bankrupted Lowe who was forced to sell his stake in the late 1890s. A series of fires destroyed much of the development in the early 1900s and a flash flood wiped away the last remnants in 1937. 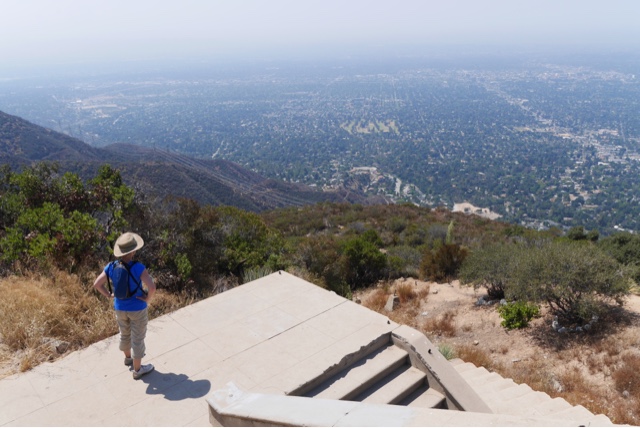 Lowe himself passed away in 1913 aged 80 and is buried in Altadena. He was one of those restless pioneers of the Victorian age and it was rather sad to see the faded remnants of the great “White City” on the mountaintop, which almost destroyed him. 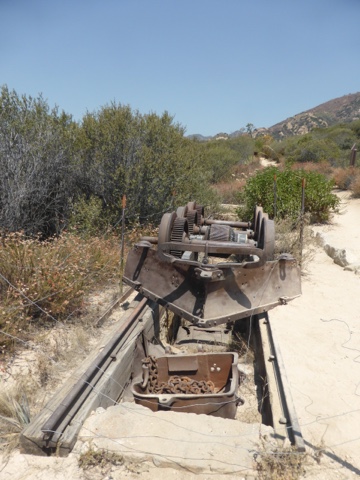 Some old bits of railway, the concrete steps to a once grand but now long-gone hotel and the outline of the dance hall make for a poignant legacy. But at least his family (he had ten children) have the satisfaction of knowing that people still go to the summit and read about him.

In the evening we had an unexpected treat thanks to social media. Our great friend from Washington DC, Kristin, had spotted an LA photo that Philippa had posted on Instagram (@PhilippaNews). Were we still here? Yes! Well so was she – in town on business but she Ubered over to us and we had barbecued tuna on the deck.
She spent a lot of time with Tom in DC and it was great to see the two of them catch up. Tom showed her his completed commercial and she showed Tom some of the videos they’d made when he was 5, which she still has on her phone. Lovely evening – great to see you Kristen! 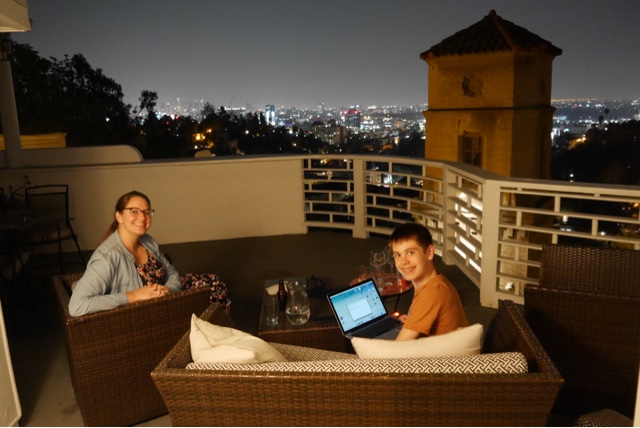