By Richard ListerAugust 1, 2016
On Thursdays at film school we get supporting roles, as our little de Milles film their projects on the Universal backlot. 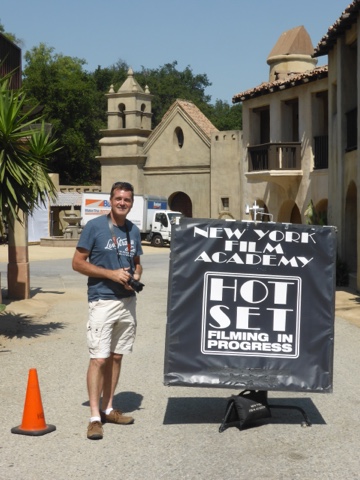 One backlot neighbourhood is “Old Europe”, around the corner is “Modern American City” and then “The Old West” where our kids were checking exposure settings and camera angles. 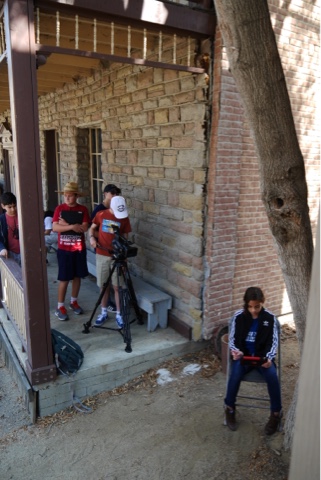 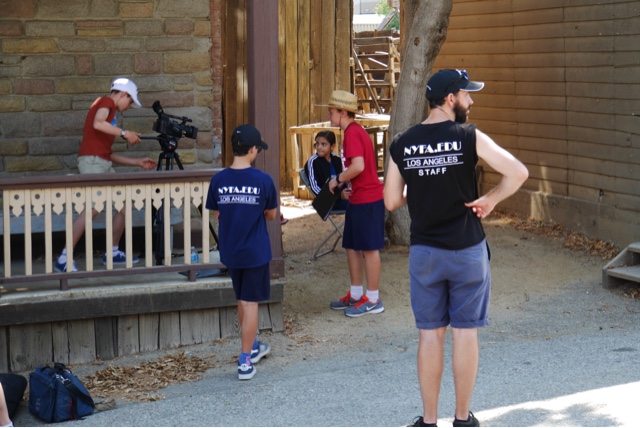 It’s exciting to go under the rope and walk around the sets where so many movies have been filmed while the kids all work on their own projects. 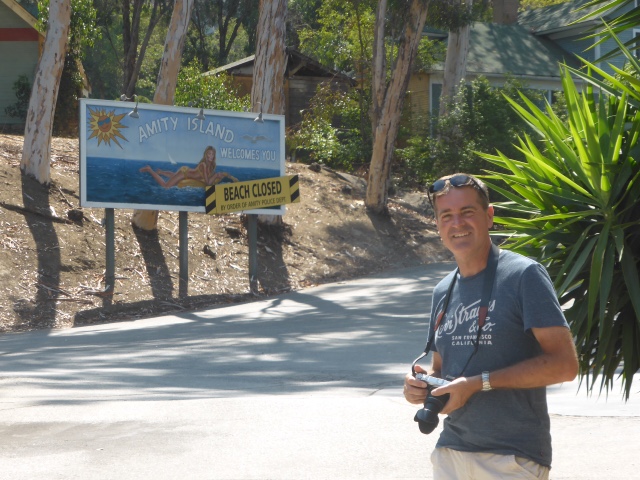 Inevitably, P and I were chastised for getting in Tom’s shot. But it turned out we weren’t after all so we were allowed to stay for a bit. The streets were busy with potential Oscar winners and every so often the Universal Studios tour-trams drove by and everyone waved. 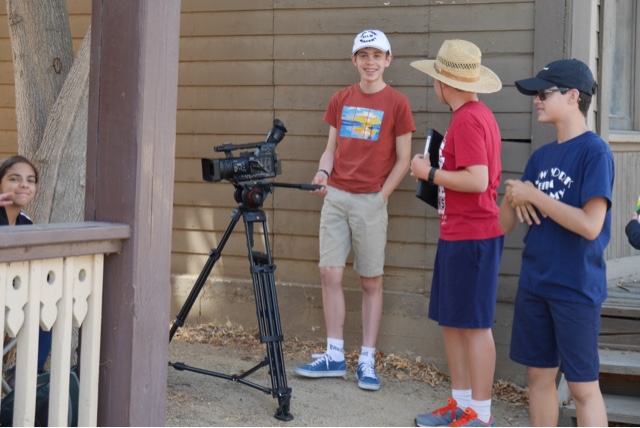 Eventually, having made an extensive photographic record, we left them to it and headed back downtown through crawling traffic to the Peterson Museum. 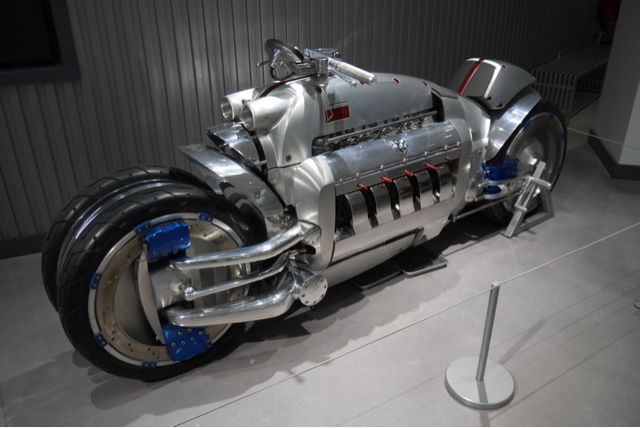 The Peterson is a car museum and really rather good. It has about a hundred vehicles over three floors all arranged to tell stories about particular aspects of America’s car culture. I hadn’t realised that when the car era took off in the USA in the early 1900s only about a third were petrol driven. The others were steam or electric. There were even hybrids rattling about. 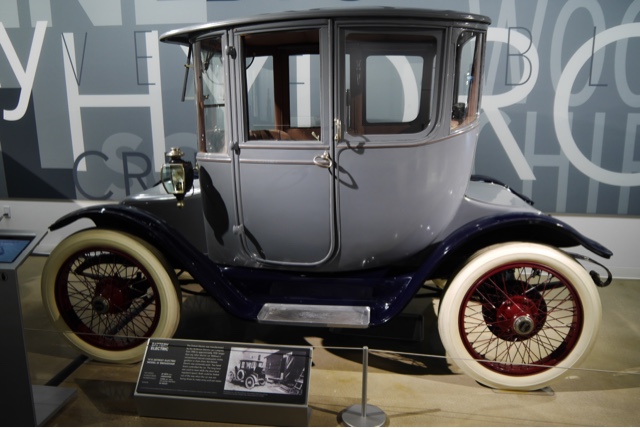 It was only because petrol got cheap that the internal combustion engine became the powerplant of choice. 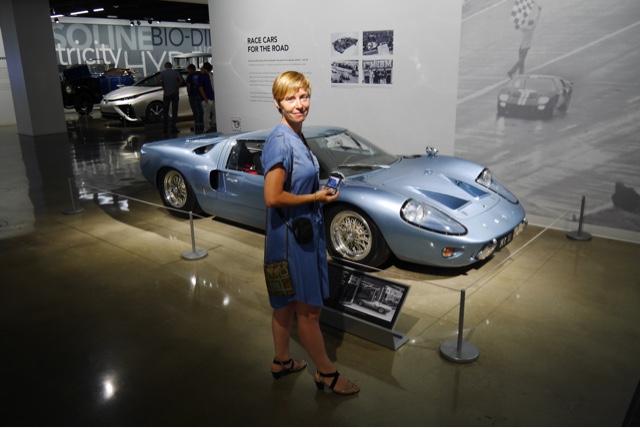 It’s not all worthy though, they have everything from a Batmobile and the “Back To The Future” DeLorean to cars custom built for the Shah of Iran and Californian hot-rods. 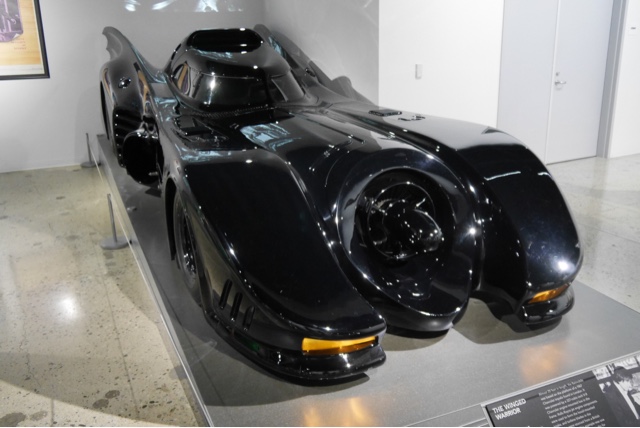 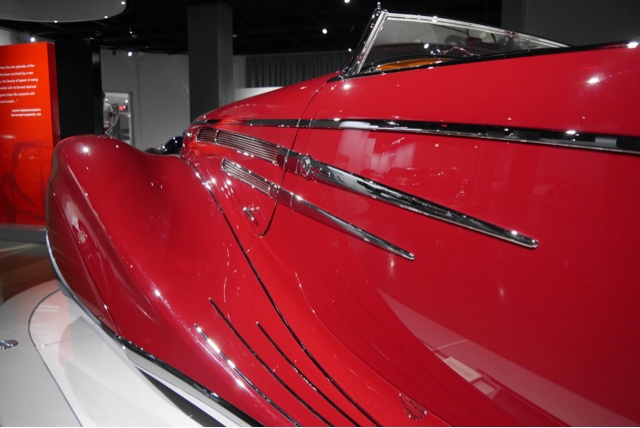 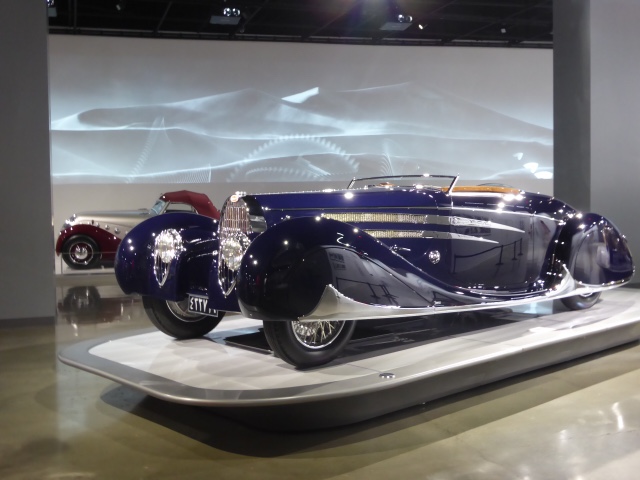 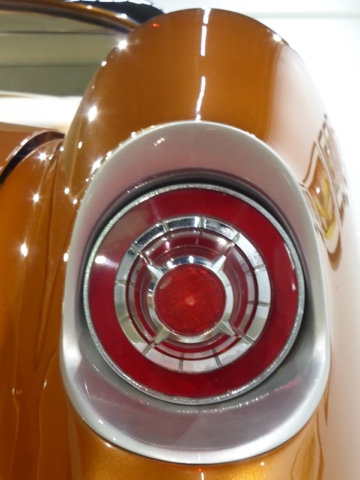 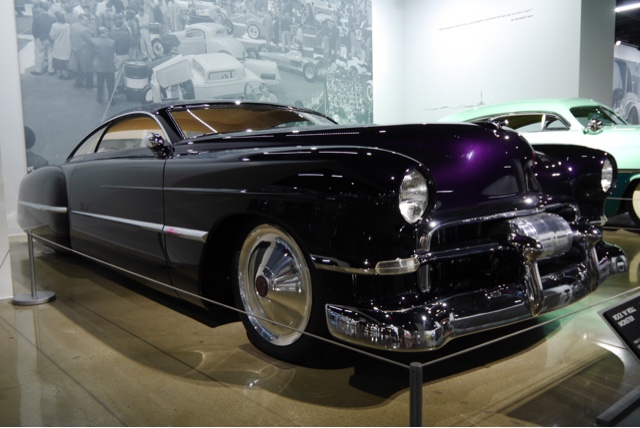 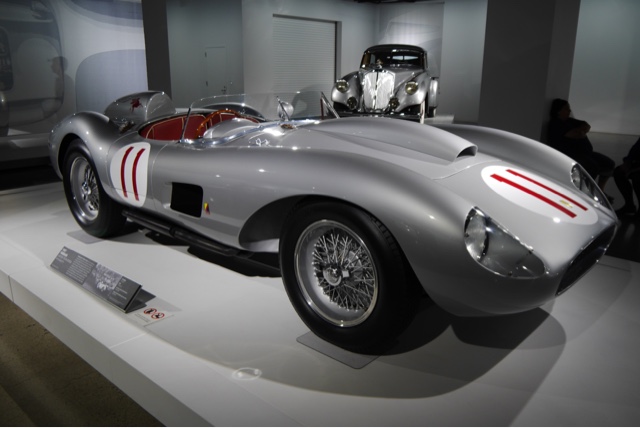 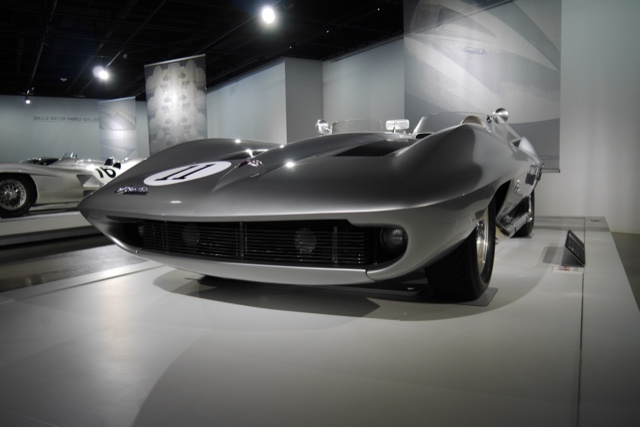 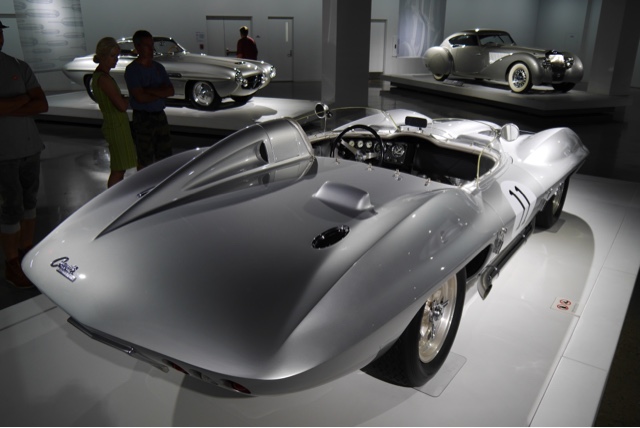 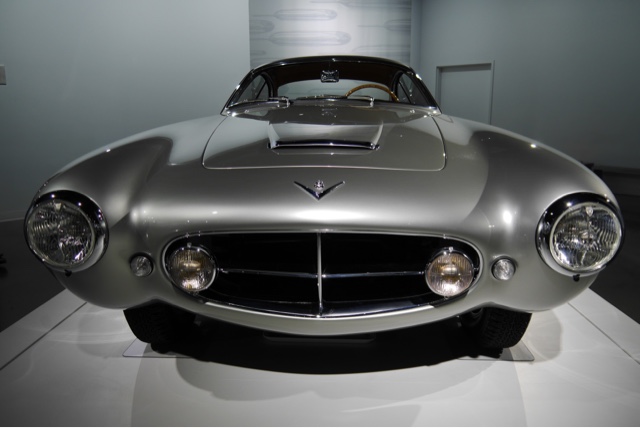 It was so well done we spent three hours there before engaging LA car culture ourselves to pick up Mr Spielberg.
From the NYFA we went to the big cinema at Universal and watched “Star Trek – Beyond” on a 3D IMAX screen that was like the outside wall of a nuclear power plant. Actually I’m not sure I really want that level of immersion in a film. I want to watch it, not be in it. While zooming through space in a 3D fashion is all very exciting, sometimes it’s hard to work out what the heck is going on. But that is nit-picking. It was great fun and very big and noisy and many, many things happened in it which were also tremendously exciting and ultimately Kirk and the team saved the day. We all agreed it was good, but not as good as the first two movies in the series.
Out then and into the Universal City Walk, a garish pedestrian strip of bright restaurants, souvenir shops and attractions, all in primary colours with music blaring and neon glaring. It’s tacky but fun. We went to Bubba Gump’s, a restaurant taking its theme from the bit of the Forrest Gump movie when Forrest becomes a shrimp fisherman. 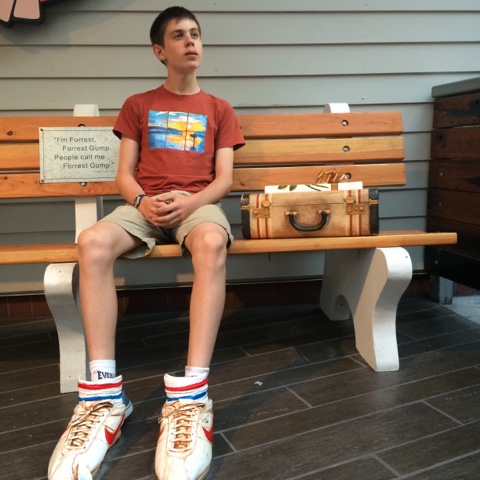 The sunset turned the sky pink, shrieking children played in jets of water in the square and happy tourists strolled by in Universal merchandise. We watched it all unfold in a haze of seafood and beer. And a mocktail. 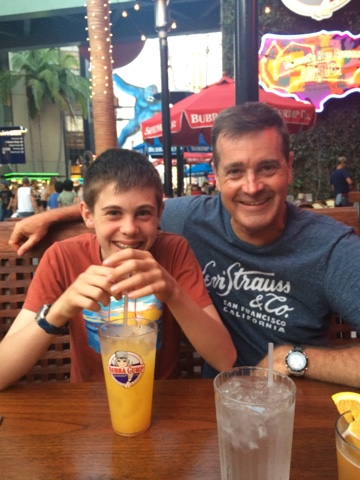