Ok so we’d done shopping and culture. It was about time for a hike. After dropping Tom off at film school, P and I drove to Griffith Park in the eastern part of the Santa Monica mountains. It is, according to Wikipedia, one of the largest urban parks in the country covering more than 4,300 acres. So there. At 8.30 am it was beginning to get pretty warm, but we had plenty of water and began a five mile round trip to an overlook on dusty shadeless paths that smelt of sage. We met a few people along the way; grimly determined joggers with earphones, and bald-headed shirtless men shining with sweat. That’s what makes it an urban park I think; people tend to use it more like a gym than a hiking area. At the overlook, we could see both ends of the San Fernando valley. 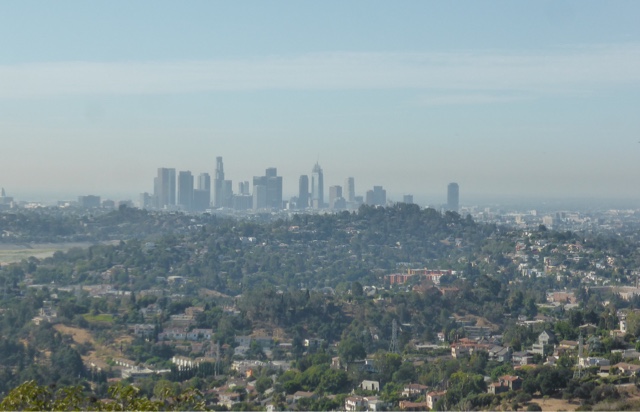 Glittering rivers of cars snaked through a dense, low rise urban landscape. The Los Angeles river, setting for a thousand movie chase scenes, was flowing through it too though rather more sedately. LA has had a drought for the past five years and people are asked to conserve water, but when you see the sprinklers watering roadside verges every morning you do wonder a bit about whether the message is really getting through. LA definitely lives beyond its liquid means.
The overlook was nice, but there was a trail called the Hogsback that we could see running up the ridge behind us to a much higher peak. Heck it was only ninety-odd degrees so we continued the climb. The first part took us along a road which has long been closed and seems to include the place where people used to stop their cars for a classic night time view over LA. 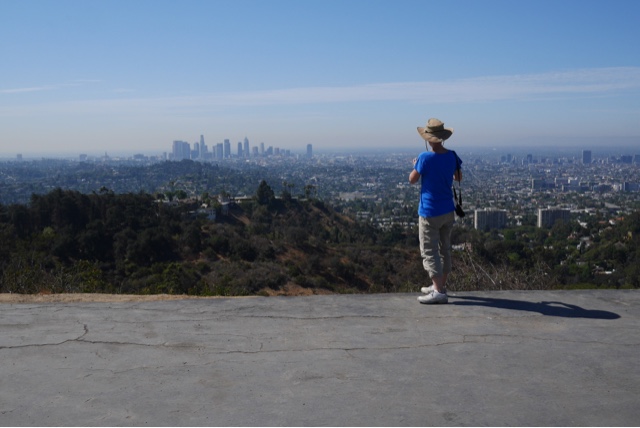 It may not be That Place but it would certainly work. If you were allowed to drive up there that is. We got back into the path; big butterflies fluttering and gliding along with us and hawks circling overhead. We reckoned they were probably vultures and as the temperature climbed it began to look like they had an eye on us with a view to lunch.
The higher we climbed though the more spectacular the view around us, though the haze made it more difficult to pick out the detail and boy, it was hot. 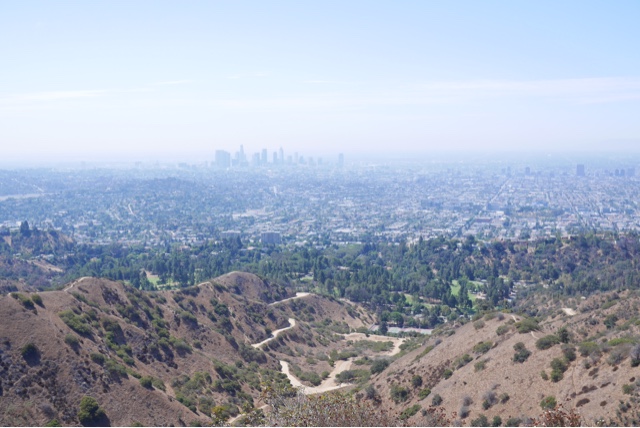 We eventually got all the way up to Mount Hollywood with a view of the famous real estate sign and the sound of people talking loudly about how many steps they’d done today. Coming down was a whole lot easier and we stopped under a tree and sat on a broad rock for lunch in the shade.
The last part of the descent required some creative path finding to get back into the main track and one of the bushes we brushed past left my legs somewhat rash-crazed but we got there in the end, sweaty, dusty and somewhat weak around the knees. We’d done eight miles and climbed and descended a total of 3,000 feet.
Somewhat incongruously, from the car park we could hear what turned out to be a Stinson 165 Military Band Organ, serenading an old fashioned carousel. “A Stinson!” I hear you exclaim. “Tremendous”. And indeed it was. The perfect accompaniment for a proper merry-go-round built in 1926 and reputed to be the place where Walt Disney had an idea that maybe if you built something like a giant funfair, people might be persuaded to give it a go. 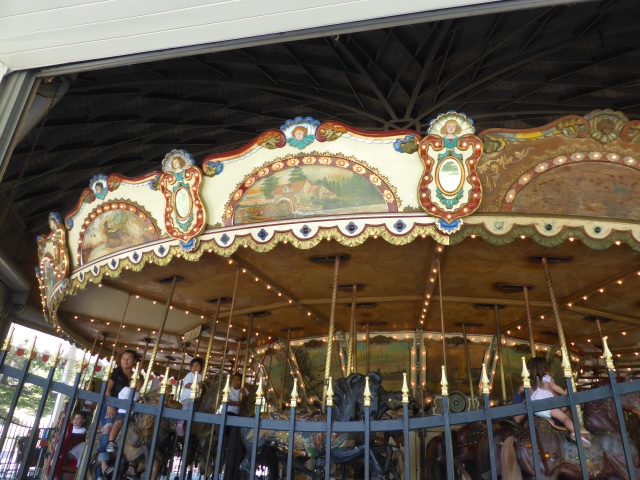 We bought tickets at the concession stand along with icecreams and about a gallon of lemonade to quench our unquenchable thirst. Then we mounted up on the old wooden horses and travelled in circles for a while as the Stinson hammered out one of its 1500 rousing tunes. 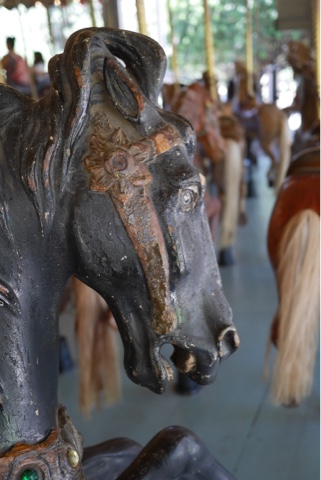 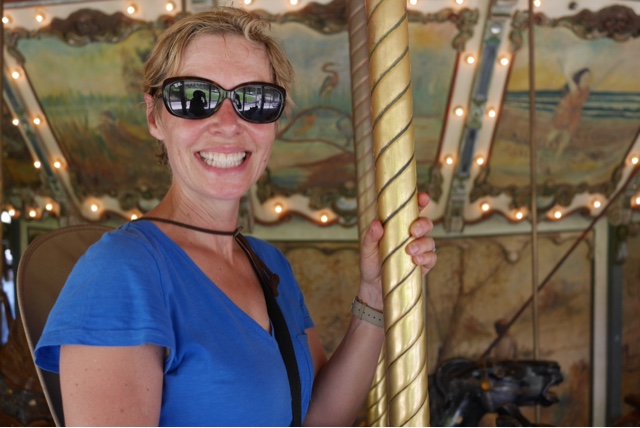