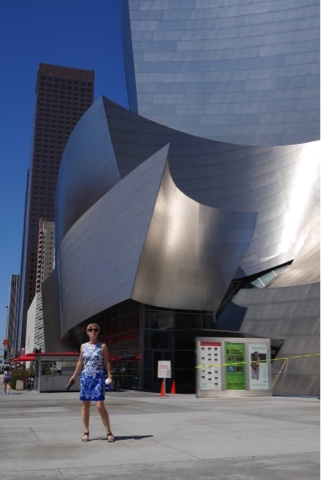 After a day of retail therapy, today was about culture (with only a little shopping). Anna had scored free tickets to a new gallery downtown called the Broad (pron. “Browd”) It is home to the art collection of one Eli Broad who paid $140 million for the building. The art is probably worth a lot more so he’s not short of a few bob. It is all modern art – Jeff Koons and Andy Warhol and Roy Lichtenstein among them.
We met Anna and Coll in the lobby and after being guided confusingly by the many, many staff to exactly the one place our tickets didn’t cover we rode an escalator up and out of the grey lobby with its flowing grey plaster roof like the skin of a dolphin and into the cool white walls of the display space. 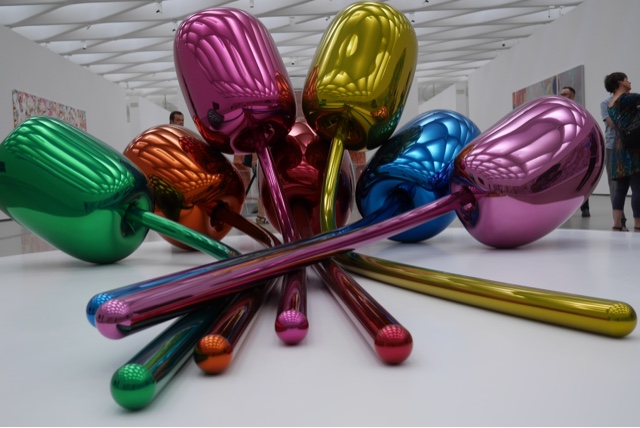 The art is well, striking to stay the least. 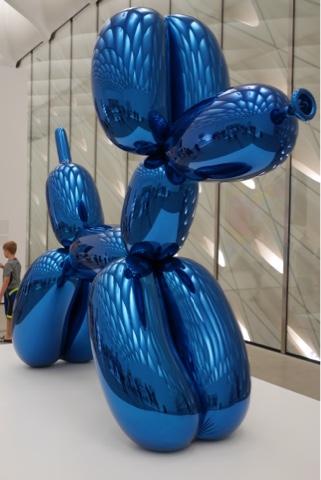 Some of it – the giant table and chairs for example – is strangely profound. 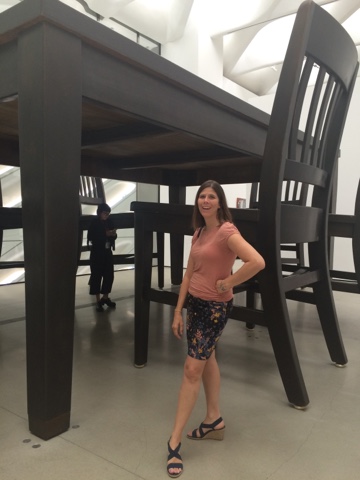 You can feel moved in unexpected ways, but you can also feel, when looking at a collage with a prosthetic leg and some dribbled paint, that the artist was having a laugh. 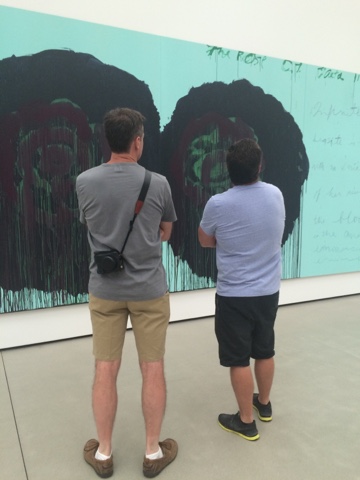 I always love the hyperbole that’s been neatly printed alongside each piece with such phrases as “revealing an aggressive magnanimity”. 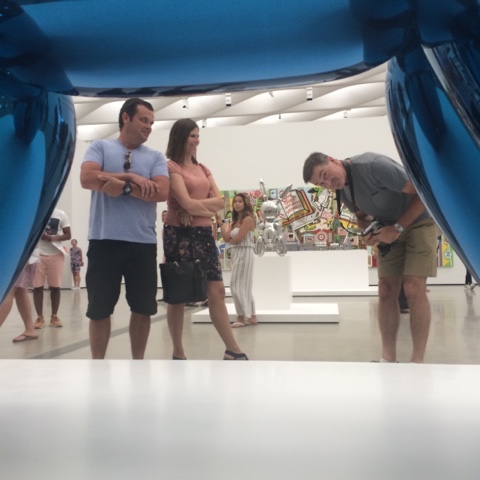 We decided for the most part that it was fun to look at but we wouldn’t want any of it at home. I guess that’s what Eli Broad must have decided too. 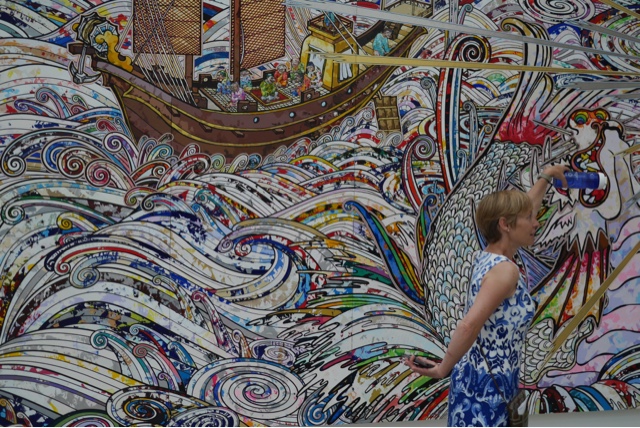 Just as we left to find lunch, Anna’s cell phone beeped to say we could go into the “Infinity Mirrored Room – the souls of millions of light years away, 2013” by Yayoi Kusama. Only one or two people can go in at a time and then for only a minute and there had been a two hour wait. Anna said she would come back later with her kids so P and I scuttled back in and eventually we were shut into a dark mirrored room filled with tiny coloured lights suspended on strings. 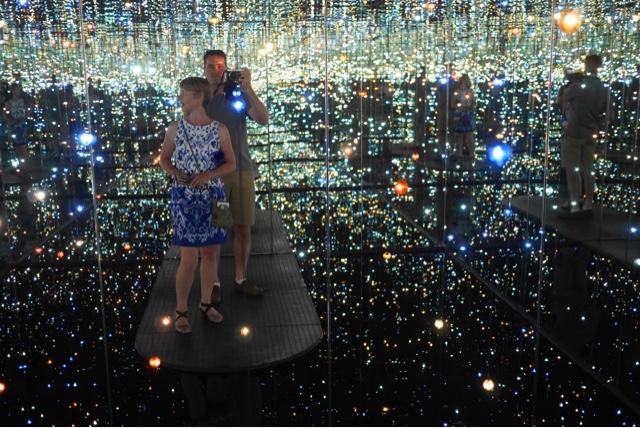 It was quite magical looking off into the infinite twinkling void. It felt like being in a CGI scene from a Star Trek movie. Which is possibly not the intellectually profound experience Yayoi Kusama intended. Or maybe it was… Anyway, we liked it.
We also liked Bob’s Big Boy diner near Film School. Built in 1949 it’s the oldest Bob’s in America and has all the trimmings, from the big neon signs to the newspaper cuttings of movie stars stopping by. We all got modest plates of sensible, healthy food; high on fibre, low on fat. With extra fries. 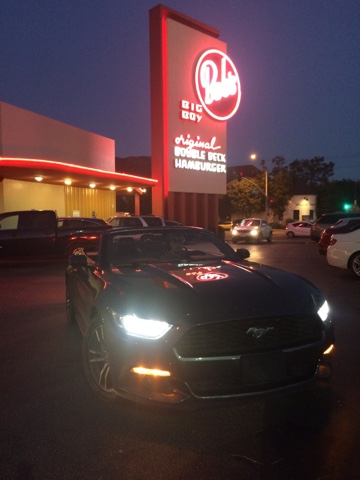