The (other) Road to Hana

By Richard ListerAugust 24, 2014
The famous road to Hana, a little town on the south east side of Maui, wiggles its way over 59 single-track bridges with 607 curves and lots of showy drama and plenty of t-shirts about it. But the road we took to Hana; the Pi’ilani Highway, starts in the middle of Maui, before heading to the south western coast and round the rump of the island to Hana.
Its the scrappy little brother of the more famous road and car rental companies ask you not to take it because of its condition (though it starts out smooth enough). They didn’t say anything to us though so after another brief stop at the invaluable Rodeo General Store for supplies (“Have an awesome day!”) we sought out on the road less travelled.

Barely out of Makawao though we had to stop at Grandma’s Coffee House in Keokea, a town that was for a time the home of Sun Yat Sen, father of the Chinese Nationalist Movement.

Grandma’s has many fine home-made cakes and three fewer when we left (though one was in fact a frisbee-sized blueberry pancake that Tom tried not to share with us). The coffee was excellent, as it is universally in Hawaii it seems. 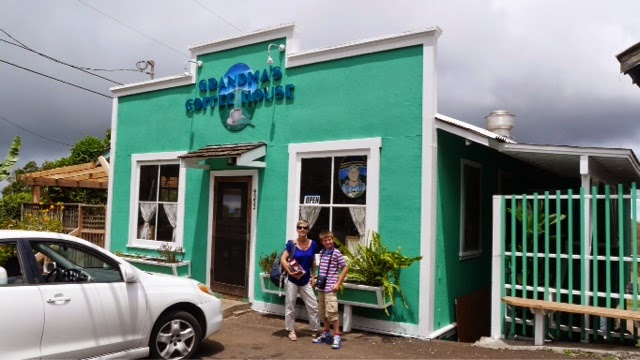 From here the road dipped down to a wild black coastline, the tarmac writhing and twisting over sharp hills and dips. 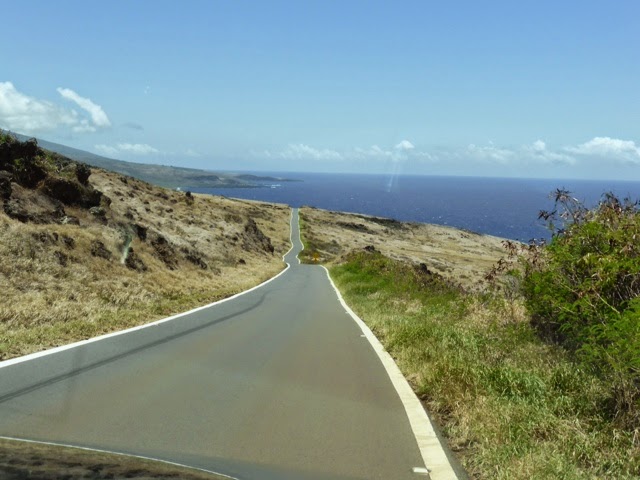 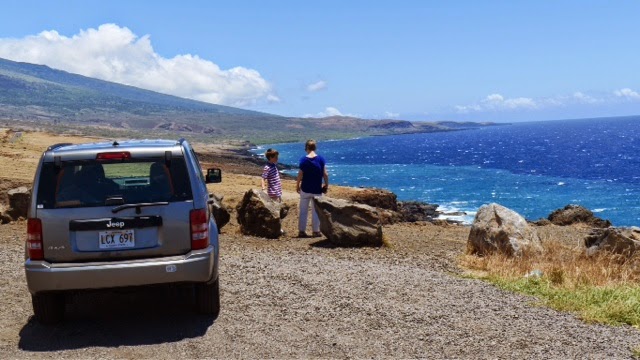 There are no real villages along here and just the one store, where we hoped to buy the makings for lunch. 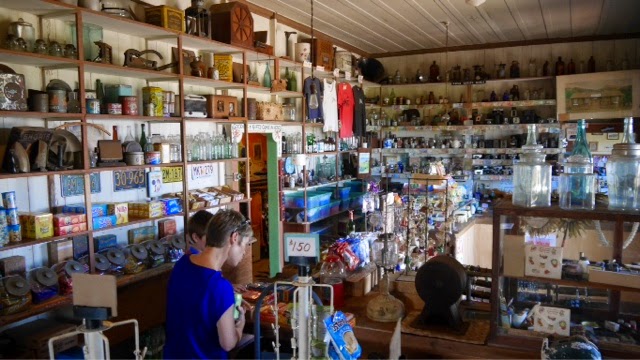 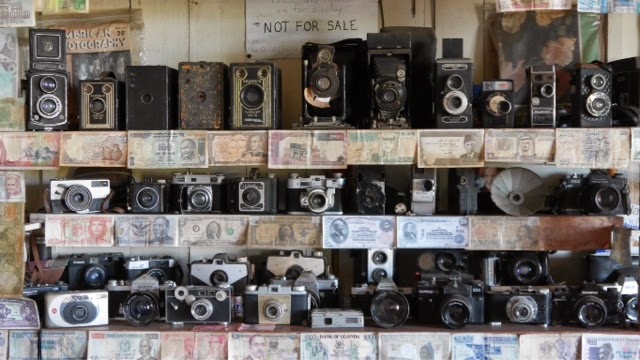 It was a weatherbeaten old place with shelves lined with knick-knacks and old cameras but there was precious little food for sale so we got chips and dip and some cold drinks and sat on a wild beach under a weather beaten tree, watching the pounding surf. 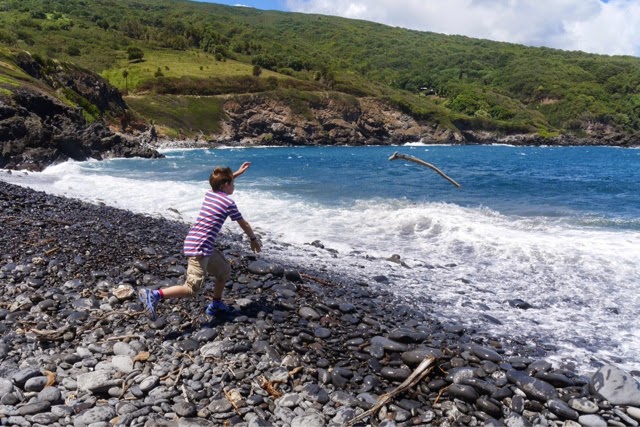 Next to us was a nineteenth century church: a simple, single room with wooden pews and misty, spray-smeared wndows. On the wall behind the altar the words were in Hawaiian. 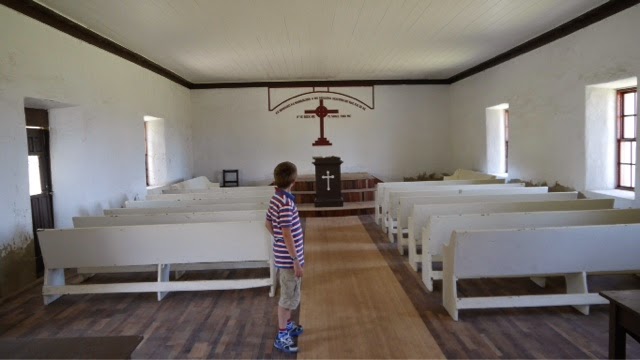 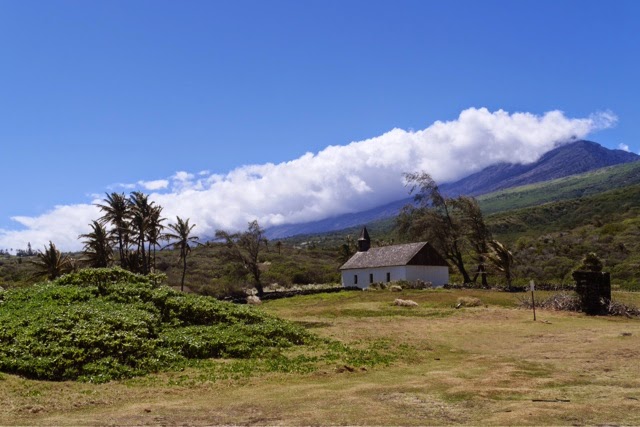 It was a tranquil place in a setting raucus with wind and surf. We had debated about where to park near the church as the track seemed to go onto the grassy beachfront and it didn’t seem right to park there. We parked instead in a grassy space right next to the chruch where there were some public toilets. Almost immediately an irritated man in a pickup came over to ask somewhat testily “Why did you park there?”. To which the only obvious answer was that is seemed to be the car park. “You are supposed to park on the beach” he said. “This is private land and we’ve had real problems with people parking here.” I wanted to suggest that perhaps a single sign somewhere would do the trick but instead offered to drive back to the beach at which point he became a bit embarrassed “Oh, no – please park there, its fine, you won’t be long”. We’ve noticed that Hawaiian’s are extremely particular about private property. Land in particular is important to the Hawaiian culture and bound up wiith their ancestors, but every single property has a “private property – no trespassing sign” as if without one, anyone would feel free to move in.
After lunch by the church we got back on the road and soon the tarmac vanished and it became a rutted single track with blind hairpins and steep crests. It was great fun and we met only a handful of cars. 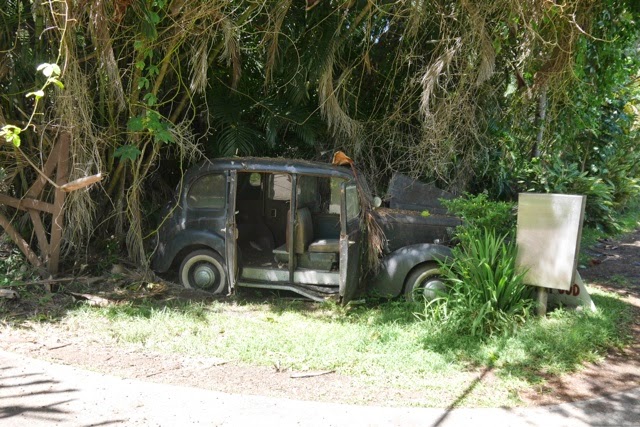 There are a number of cattle ranches along here and warnings about cows on the road. The next town was called, appropriately enough, Kaupo… (say it out loud). Somewhere along the way though we missed Charles Lindbergh’s grave, which I had wanted to see. He features large in Bill Bryson’s excellent book “America, One Summer 1927” and was a strange sort of chap with a rotten childhood and some pretty ghastly views about racial purity. His famous flight in the Spirit of St Louis ensured he could never live a normal life. He was forced to tour the USA where vast crowds came out to grab at him and his plane at every stop, and he was mobbed wherever he went for years.  He sought refuge in Maui and his grave is difficult to find – perhaps rightly so. In any event, we didn’t find it. 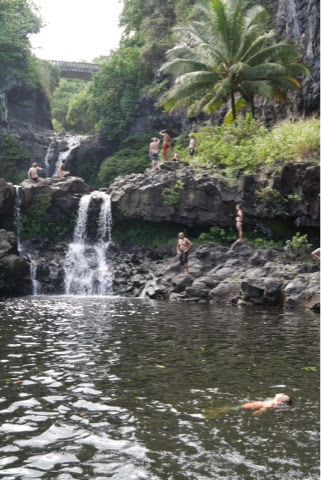 On the approach to Hana we stopped at the Wailua Falls; a series of potentially very pretty rock pools and waterfalls where roughly four thousand people were attempting to swim and ignoring the “no jumping” signs. Tom, of course, swam, and wanted to jump but was told not to by his overbearing parents.
Hana is a blink-and-you’ll-miss-it sort of place, famous only as the end point on the other, more famous road. We stopped to pick up frozen lasagne at its store and found our great little AirBnB beach house where we settled in for the night. There was a dvd library with “Joe Versus the Volcano” (partially shot in Hawaii) which seemed a perfect way to end the day.