By Richard ListerAugust 22, 2014
We are all keenly aware that our time in LA is coming to an end, and one of the marker points for this is the premier of Tom’s second and final movie. He’s been extremely focused on it for the past few days and was nervous about how it would be received as we set out for a screening room in the Warner Brothers complex. 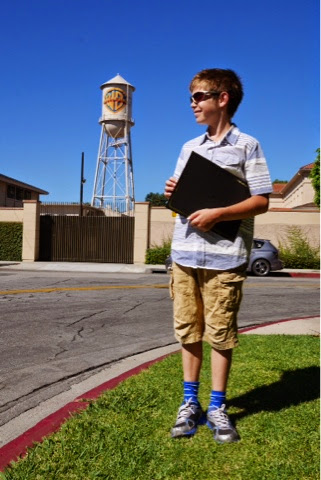 Only four kids did the two week course which meant that they had a lot of personal instruction from the teachers doing directing, screenwriting, camerawork and editing. Last week’s movies had no dialogue, as the aim was to use the camera to tell the story, but this week they each had to write scripts too before storyboarding the whole thing, so it was a lot of work for all of them and there was a buzz of anticipation in the screening room.
Each director had to write the story and script and then take charge on set during filming of their own story; directing the camera operator and actors, and only doing the camera work on the other kid’s movies. All the movies were a step above last week’s, with the extra learning and experience coming through on screen. Tom’s film: “All the Best Intentions” was about a slightly blundering lad trying to help a friend raise some money to pay off a debt. It was astonishingly good. A sweet story that was really funny, quirky and well paced. It had the best reception of them all and the audience roared with laughter. He was so thrilled. Everyone came up to congratulate him and he was quite overwhelmed. 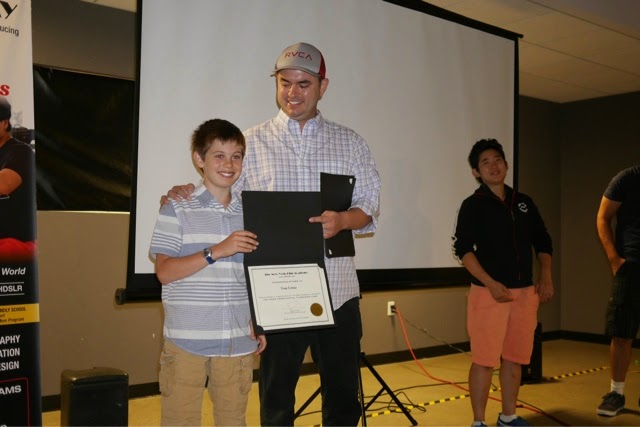 The trainers went up to speak after all the movies had been shown and a couple of them mentioned Tom as an example of how impressed they had been with the way the kids took control on the set and how they had a really had a strong grasp of what they were trying to achieve. 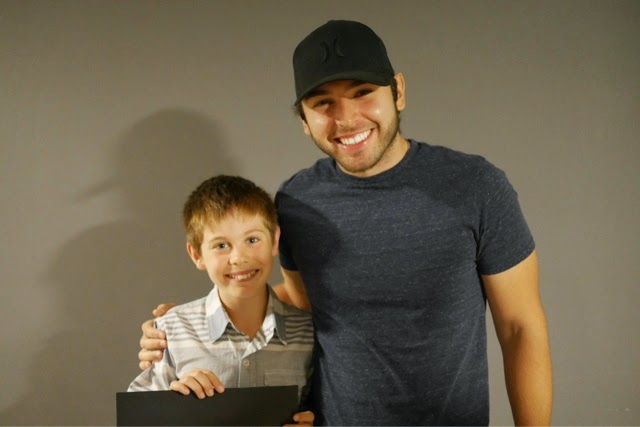 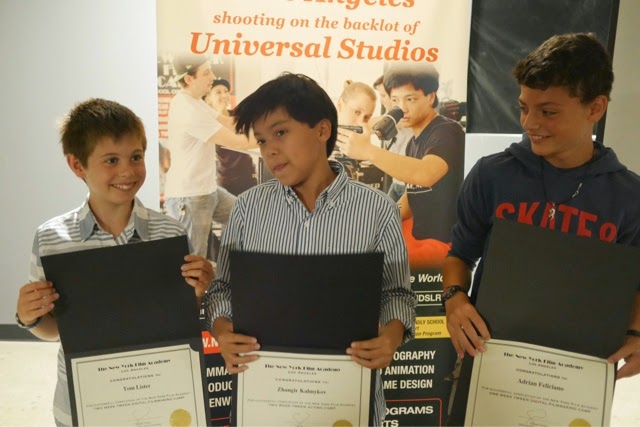 Tom was beaming. They all got certificates and we all took photos. Hugs and email addresses were exchanged and we emerged from the building into brilliant sunlight, everyone smiling.

To see the movie, click here: All the best intentions and make sure you watch it on full screen.

We had a surprise in store for Tom at this point. When we first went to Universal City we saw the “I-fly” experience, which is basically skydiving on the ground with the help of a giant fan. Tom didn’t know it but I’d got tickets for all three of us and he was speechless when we told him – result!! We all got suited up and learned the instructor’s commands (arms out, legs bent, chin up etc) and soon we were on the bench waiting our turn. 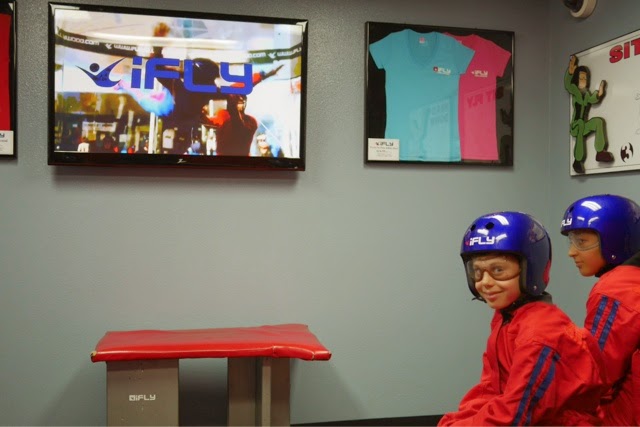 Tom was first in and soon hovering in mid air, floating on a hurricane force wind. The instructor who stays in with you was really expert in making sure everyone stayed the right way up and in mid air and on the second turn they boosted the fan and he took each of us up about twenty feet. Thrilling! 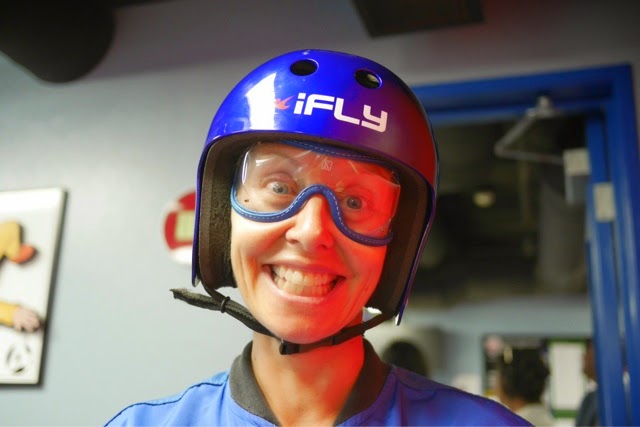 Next stop, the California Science centre across town where we had tickets for the 1.30 Imax show and not quite enough time to get there. It turned into one of those farcical journeys involving the first leg of a Metro ride followed by several minutes of confused walking around the block looking for the next line we were supposed to take, the friendly but mostly incorrect advice of various Angelinos, a bus stop and ultimately a cab which got us in our seats four minutes before the start of the show. It was worth the effort though. The film was about various extremes of nature including an earthquake in Turkey that P and I had reported from.
The Museum also houses the Space Shuttle Endeavor, stlll satisfyingly scorched and grubby from its final foray into space. It seems like a proper, big rocket ship close up. There was a terrific movie that was part of the exhibit, showing it being driven through the streets of Los Angeles on the way to the museum, on top of a huge transporter. People lined the streets as it went – I would have gone to see it too. 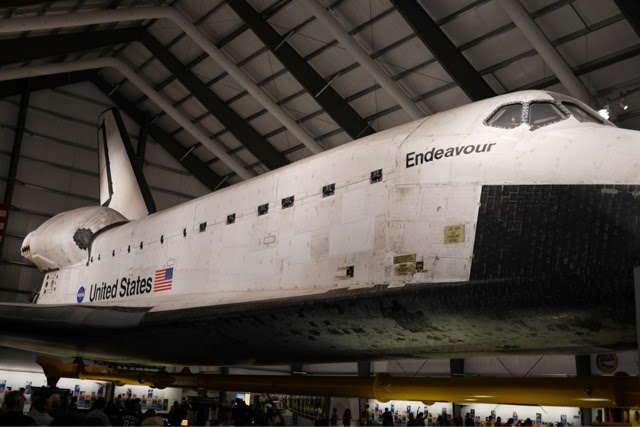 The trip home was somewhat more straight forward than the trip there given that we had now discovered what metro line we were supposed to be on and that it stopped about two hundred yards from the museum…
In the evening we went back to the Ca Del Sole Italian restaurant we’d been to before.  We met Coll there, who’d left the family holiday in Peru a few days early to start a new job. The table was in the busy courtyard, the air was warm and it was a terrific evening: lovely food, some fine Californian wine and a great deal of laughter. Tom talked Film with our waitress Jessica who (of course) was a drama graduate and acts in stage musicals.
Tom: “Would you like a part in my next movie?”
Jessica:”Of course!”
Tom: “Well talk to my agent…”