So today was all about conquering the highest peak in the Santa Monica mountains and by God it should consider itself well and truly conquered! 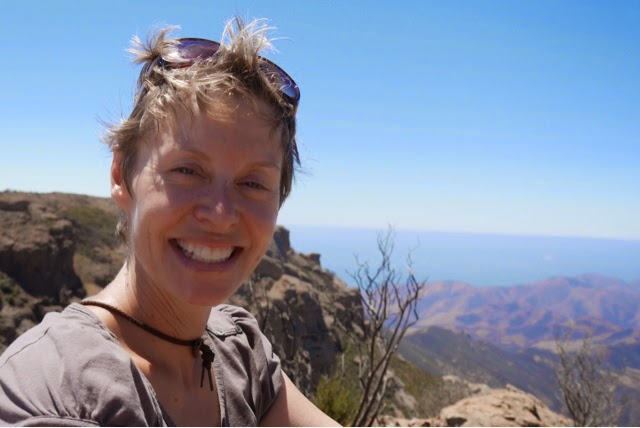 Once off the white-knuckle racetrack that is Highway 101 and into the mountains, the drive there was exactly what you rent a converible Mustang for: endlessly twisty, narrow, patched blacktop spiralling up into the mountains with no other cars in sight. There was only one other car in the parking area and we set off along a track lined with juniper and sage which smelt like a herb garden. It was a hot dusty climb but after scrambling up a ridge we found what will go down in the family annals as one of the most spetacular lunch stops of all time. 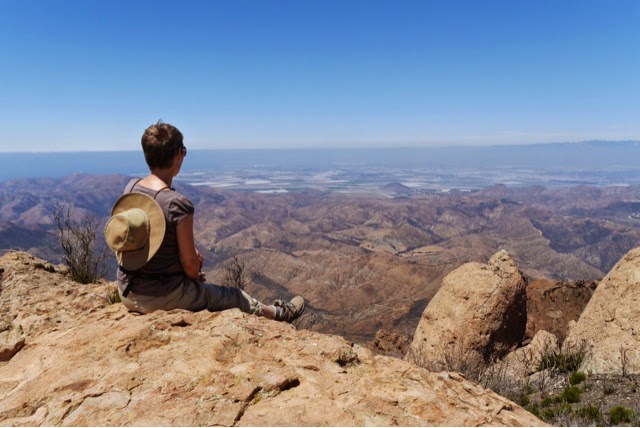 Below us were the lower peaks of the Santa Monica mountains and beyond them, flat green cultivated fields, then the ocean with Santa Catalina island basking in the distance. A cool breeze took the edge off the sun and we didn’t want to leave.

The peak of Sandstone Mountain (3,111 feet) had 360 degree views down to the satellite communities around LA on one side and the small peaks and ridges we had climbed on e other. The logbook concealed in a drawer was completely filled with the thoughts and exclamation marks of other hikers but we found a space on the back cover to record our triumph. We route-marched back down, passing a large group of exciteable teenage hikers – perhaps 30 of them – adding their own distinctive sounds to the quiet rustlings of nature.

Thanks to NPR we discovered that the 101 was the most congested freeway in southern California due to various accidents so we took the scenic route through LA suburbs which was far more interesting anyway, with gaudy sixties streetscapes and realworld businesses. “Organic headlice removal” was one that caught P’s eye. Not that she needed their services I hasten to add. That was all a long time ago. Joke!

We got back just in time to pickup Tom who had texted to say “filming could not have gone any better!” We’d helped him make various props last night and this morning and he seemed to think his filming (in the “Old Europe” area of the Universal backlot) had gone well. The traffic was so dense by the time we picked him up that we beat a hasty retreat to Bob’s Big Boy Diner and ate far too much. Again… 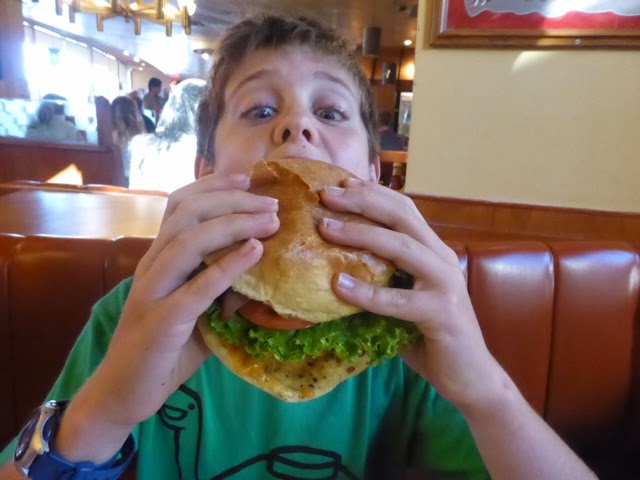