Of course with Tom at film school each day, P and I have been exploring LA on our own. We drop Tom at 8.30 and then the day is ours until pickup at 4.00. It does seem strange to be just the two of us doing holiday things, but its a taste of things to come I suppose and we have been getting used to it. We’ve alternated between the cultural and the sweaty.

First on the sweaty agenda was Runyon Canyon which has a horseshoe of dusty ridges around it where we walked in searing heat accompanied by many of the city’s lycra-clad power walkers. And their dogs. The views were fine but somehow it felt like we never quite got out of the city which was stretched out around us on all sides.

For the next walk we went to the Angeles National Forest along a twisting mountain road that took us properly out of the LA and into steep hills. 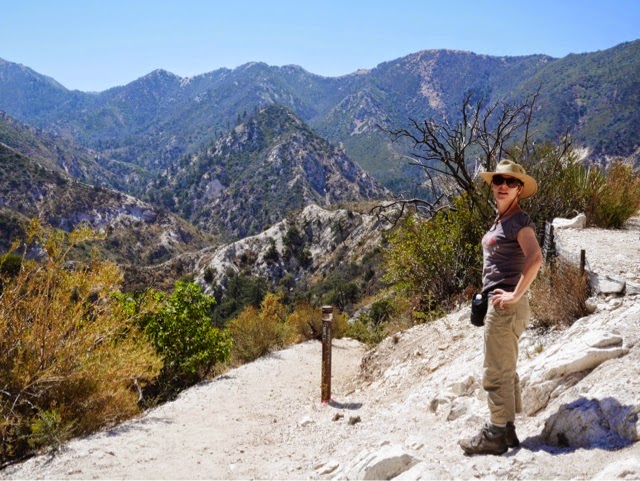 This is high chaparal country which smells of sage and crackles with dry brush. Lizards skittered off the path and electric blue dragonflies played in islands of sunlight. The trail took us first to the old site of “Switzer-Land” popular in the early part of the last century with would be outdoors types from the city who’s outdoorsyness stopped at the point at which they might have to get out of their cars. So Mr Switzer paved a road through the forest allowing them to drive right in. 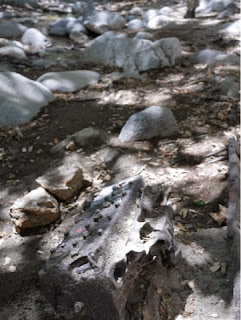 A number of vehicles were abandoned en route and although mostly washed out by various large floods (as was the camp eventually) there are still bits of ancient engine and fingers of rusted cart-type suspension beside the trail today. Most of the road has gone too. The trail took us high along an exposed ridge and back down to the stream bed. We were aiming for the Bear Creek Trail campground but never quite made it.

Perhaps the best hike this week though – and certainly the hardest – was in the hills behind Malibu.

Driving there we saw a little coyote trotting through a field – there are lots about and we have heard them barking from the house. It was another steep and dusty track which zigzagged up and down and into a canyon with the remains of several houses which had been overtaken by fire at various stages. 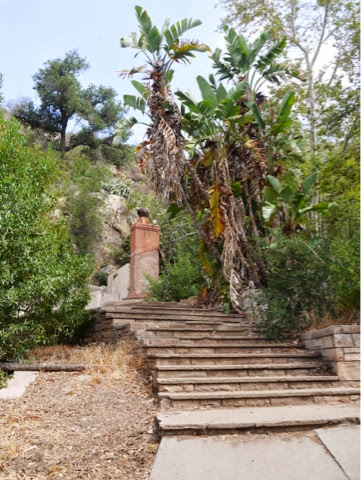 The most interesting was an elaborate creation by a noted architect in the fifties. It sat deep in the canyon just below a series of pools and a waterfall. They’d even put in a pumping system in case of fire but it hadn’t been maintained and in 1982 it was all destroyed by a canyon fire. 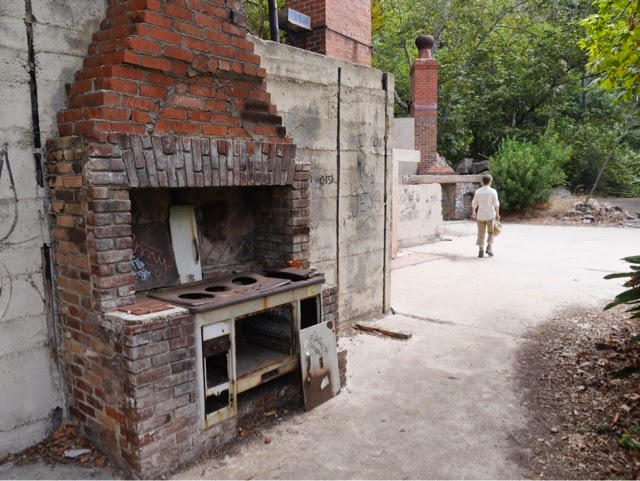 What was left were eerie chimneys, rusted stoves and sinks and the remnants of a once beautiful tropical garden with towering banana trees and a lime tree heavy with hard little fruits. We picked one to have with a G and T later. It felt strange to walk around the ruins of someone’s dream home. They had thirty years of solitude and now the remnants are picked over and peered at by strangers. 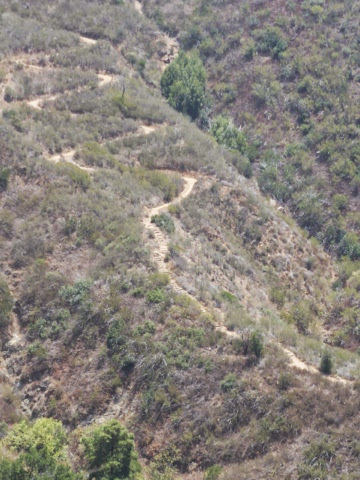 After climbing back out of the canyon we trudged doggedly upwards to a bluff from where we could see white blankets of surf pounding the coastline. We had hard boiled eggs and pita bread with cheese and tomatoes and pickle, looking down on some castle-like houses near the coast. 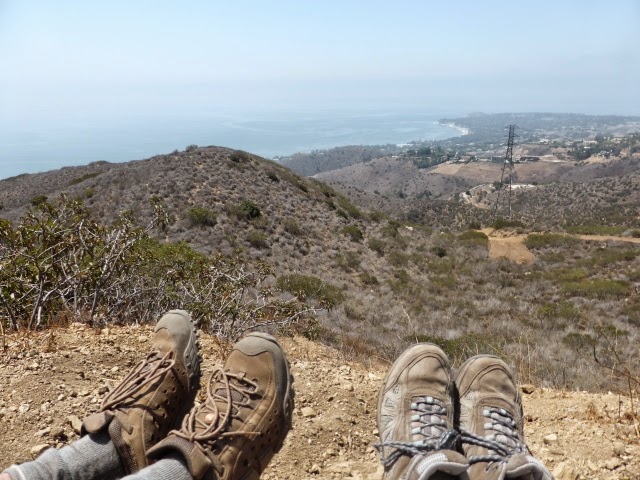 From there it was a long freewheel downhill and a quick stop for something cold at a yoghurt smoothie place in Malibu, its walls lined with surfer photos. Only in Malibu can you be at a shopping centre car park and watch Lamborghinis competing for spaces.