On the Universal backlot… 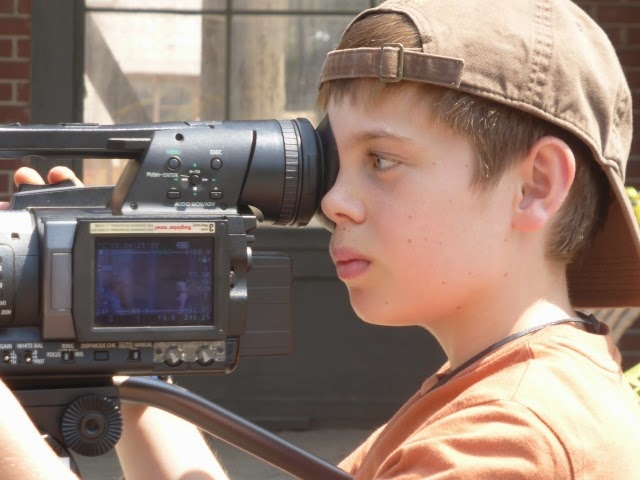 Why California? Well primarily because about a year ago I discovered a filmmaking course for kids organised by the New York Film Academy. It does sessions in New York but also here in LA where the kids have he added benefit of filming on Universal’s backlot. The largest buildings we can see from our terrace are those of Universal Studios where we went to see him filming today. 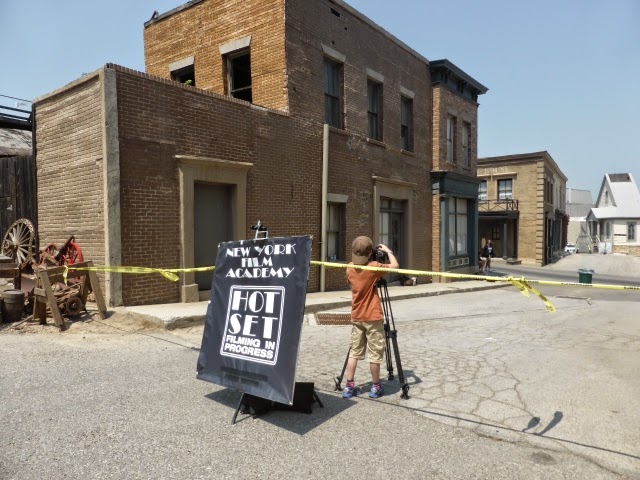 We had seen some of the streets on the Universal Tour we took during our day at the theme park and had seen signs up saying “Hot set – NYFA” but this time the signs were up for our kids and we were on the other side of them. 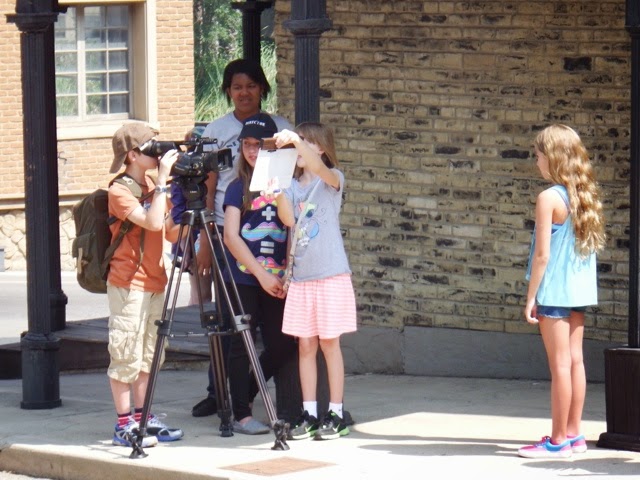 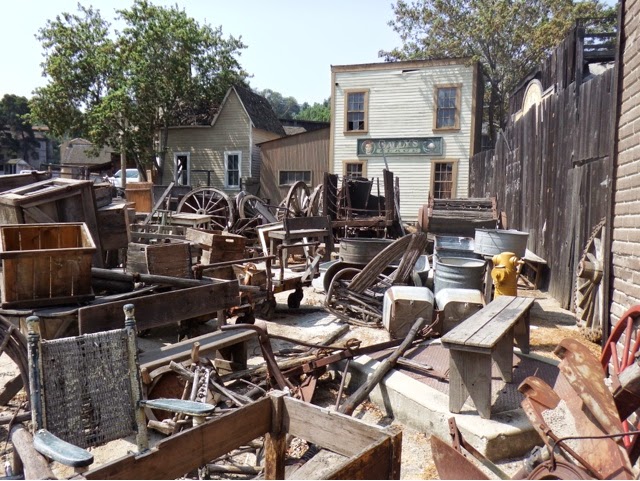 After several days of writing and storyboarding and learning to shoot and edit, Tom and his class were out filming their first movies in the “Wild West” part of the lot complete with saloons and banks and general stores. 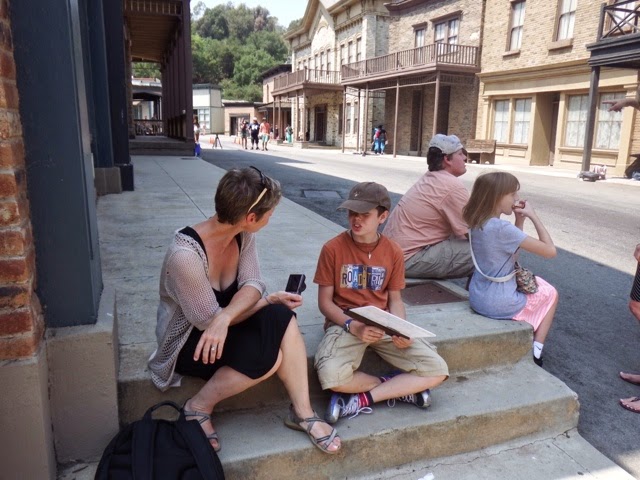 We parents got to go along for an hour or so and watch our would-be directors. Tom took it Very Seriously, marking the focus points for the characters with tape on the street, and trying to ensure the light was in the right place. 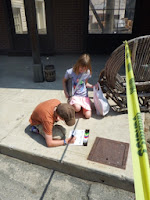 They each have a short film to direct this week and they act as crew for everyone elses’ so they do a bit of everything. He was absolutely in his element. When we picked him up after the first day he said “Can I come back and do the advanced course next year…?