The satnav breezily informed us it would take 25 minutes to get to the Getty Villa but the entire population of the region seemed to be on the same road and we stop-started virtually all the way down to the coast and the most extraordinary art museum anywhere. It took almost two hours and we almost missed the turning but I’m glad we didn’t.

J Paul Getty was for a while reckoned to be the richest man in the world having built his fortune with Getty Oil. The company boomed after he leased some apparently barren land in Saudi Arabia, and spent four years and thirty million dollars turning it into a highly profitable oilfield. He learned Arabic to negotiate with the Saudi royal family himself.

Getty was an interesting character who looked a bit like Alfred E Neuman would have done if he’d ever grown up.

Neuman                                                                     Getty
He was divorced five times and once said he would have given away all his money for one happy marriage. I’m not sure he really would have done though. Getty was famously mean and the word philanthropy was not apparently part of his vocabulary. He initially refused to pay kidnappers for the release of his teenage grandson, only relenting when he received the boy’s ear in the mail. Even then he beat the kidnappers down to a sum closer to the amount he could write off against tax. He loaned the balance to his son, with interest payable. The grandson died young having never recovered from the trauma.
Getty bought sixty four acres of land in Malibu in 1954 to build a beach house. He filled it with art and showed it to his friends, then opened a wing of it to the public a few afternoons a month, As his collection grew he began to run out of space, so came up with the idea of re-creating a magnificent villa discovered at Herculaneum. 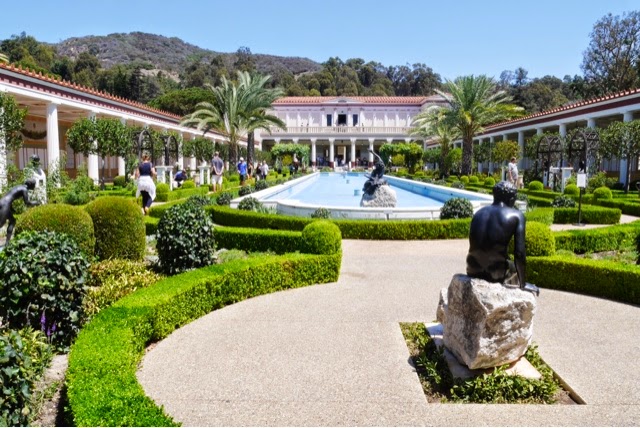 It is that building that stands on the slopes above the sea today; a huge recreation of a palatial Roman Villa found at Herculaneum, complete with all the marble, frescos, mosaics, pools and gardens such a villa would contain. 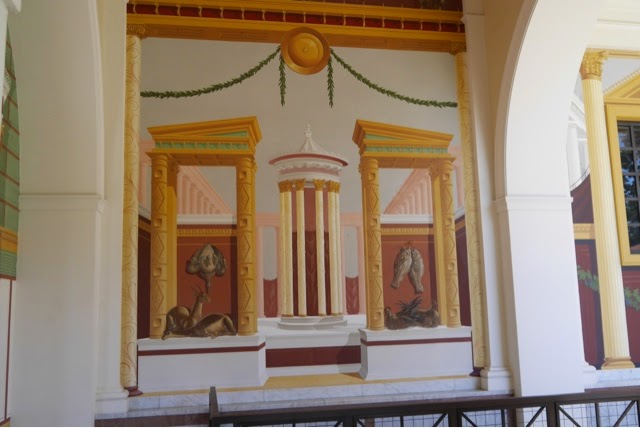 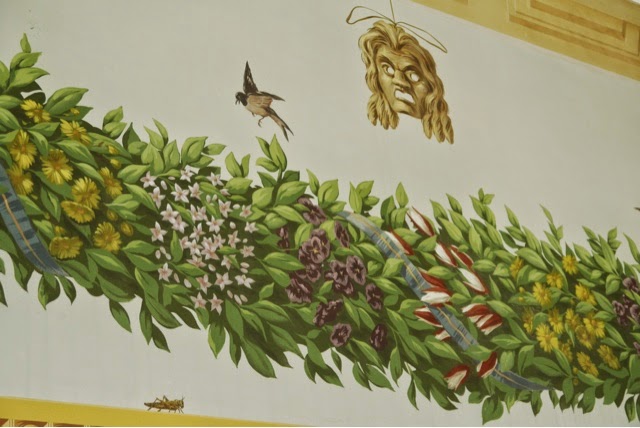 Getty was minutely involved in its construction and the budget – even refusing to pay for electric pencil sharpeners for the architects team, arguing that hand operated would be just fine. Ironically though, he never actually saw the building for himself because the man with more money than he really knew what to do with and the pick of the world’s beauty spots to call home, chose to live in….Guildford. His English architect racked up some quality airmiles commuting between his estate there and the Villa in California. It was opened to the public in 1974 and Getty died two years later, never having set foot in it.

We did and it is pretty gobsmacking. It is home to the Roman, Grecian and Etruscan treasures first collected by Getty and now by the foundation he left all his money too. I think its it least as interesting for the building as for the exhibits, but I never tire of seeing for myself just how brilliant many of the craftsmen of two thousand years ago were. 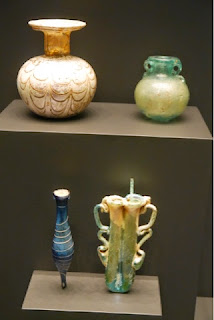 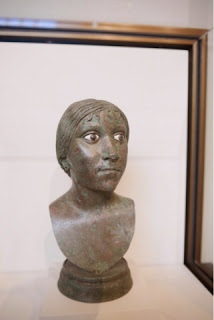 Mind you, if I were Greek and exploring the Villa, I would be wondering just how so much of my heritage came to be on this Californian mountainside. ‘Twas ever thus I suppose. Elgin Marbles anyone..?