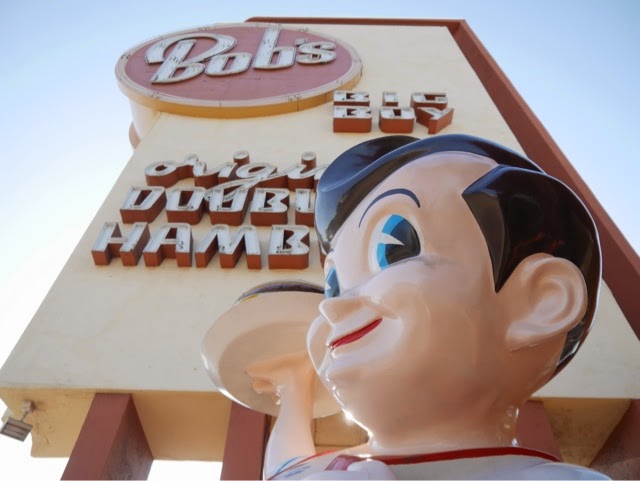 Cars
LA is saturated with cars. They are a dominant feature of life here. We have taken the metro train and its great, but it probably won’t get you to where you are going. You do need a car and you have to get used to driving on highways with six to eight lanes going in your direction. Hurtling along a densely packed freeway today I suddenly realised why Americans like NASCAR rather than Formula One. NASCAR is driving Americans can relate too – its the LA driving experience on steroids. A pack of cars travelling together at roughly the same (high) speed on wide smooth roads. F1 is much more of the European driving experience, all sharp corners and small buzzy cars. 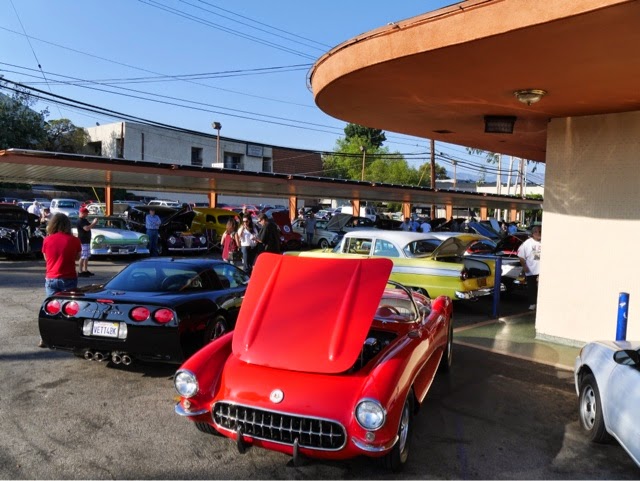 We, of course, still hanker for our beloved ’67 Corvette and our ’78 GMC motorhome so we get the whole American cars thing. At Bob’s Big Boy diner in Burbank we got our classic fix on Friday night when all the car lovers fill the parking lot and show off their chrome. There was a yellow version of our Corvette there and its still about the handsomest car ever made in America (though no picture…) 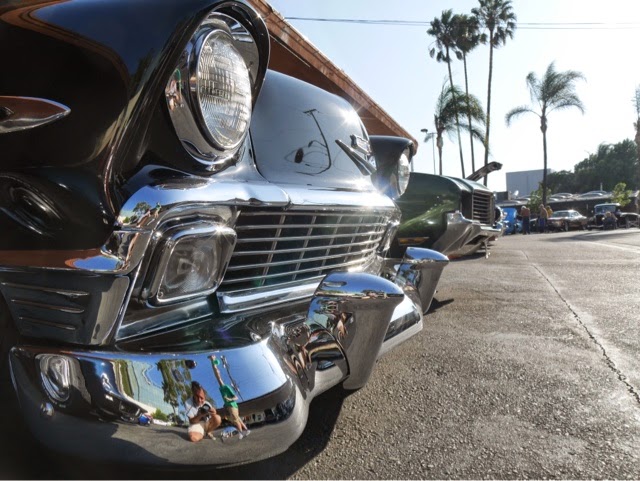 Helicopters
Every branch of civilian law enforcement has to have a helicopter it seems. If the state library network has an enforcement unit for overdue books, you can bet they will have a chopper on the roof. On the beach at Malibu at least three different agencies (coastguard, sheriff’s office, state police) buzzed the shoreline about two hundred feet up at regular intervals. It struck me that they posed a far bigger threat to the people playing beneath them than anything in the sea. Twice we have been woken up in the wee small hours by police helicopters circling low over our neighbourhood for fifteen minutes or more. The first one had a spotlight on someone and they were using a PA system to tell him not to move. All very exciting but I really hope whatever he had done was worth waking everyone up in the entire community.

Blimey. Everyone has one. We’ve seen them on skateboards, carried along hiking trails and and paddled around the canals of Venice Beach. 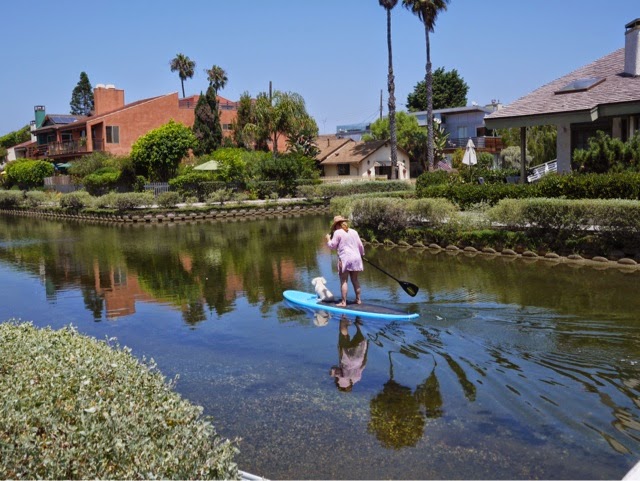