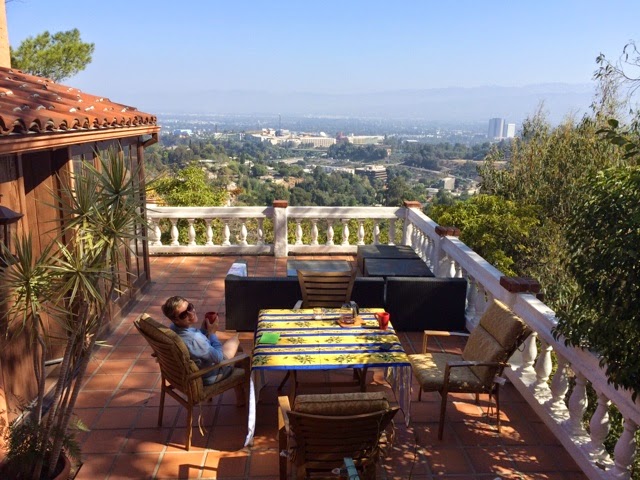 And so to 2929 Oak Point Drive. What a fabulous house. It’s one of the first to have been built up here and was once owned by the movie star Eddie Albert who, I am sure you will recall, was nominated for an Oscar in Roman Holiday. Before the war he also toured Mexico as a clown while secretly filming German U-boats in Mexican ports for US Intelligence. Now THAT’s what I call a disguise. No sneaking about in dark glasses and a trenchcoat, go for the full Ronald McDonald with a red nose and big shoes! You would be noticed yes, but no-one would ever suspect you were 007. Although Roger Moore did disguise himself as a clown in Octopussy…maybe he got the idea from Eddie… 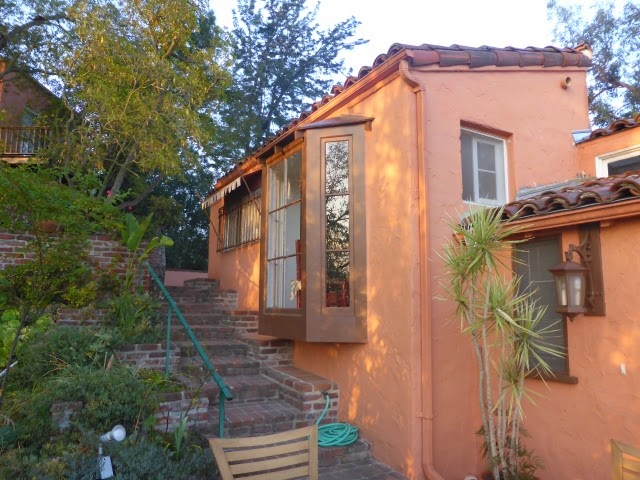 To say we are in the shadow of the Hollywood sign would be pushing it but we can see it from the terrace which is deeply exciting. We walked up to it with Anna and Coll and the girls having discovered that the usual trail was mysteriously closed.

I found some references on the internet to it being closed for a few months in March to put a new gate in – though why that should take three months is beyond me, and that was five months ago. A more likely explanatiion was given to Anna by a police officer at the trailhead who said local residents had complained about the number of people coming up there to see the sign. Hmm, if you move near the Hollywood sign though, shouldn’t you expect people to come and see it…? 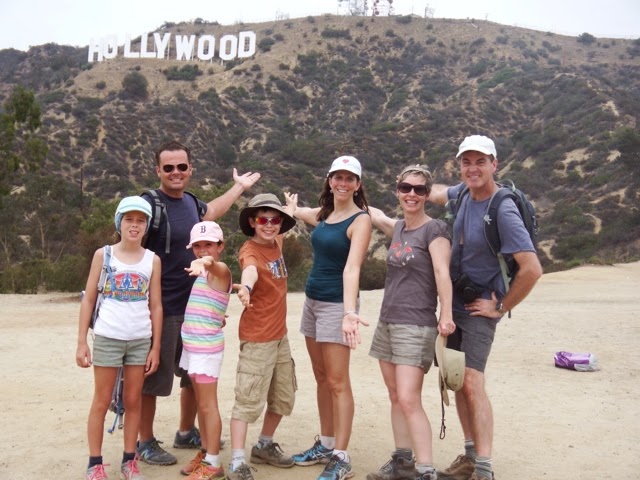 Anyhoo after a much longer walk we managed to have a picnic in front of the famous ad for a never-built housing development and felt like we had achieved something. 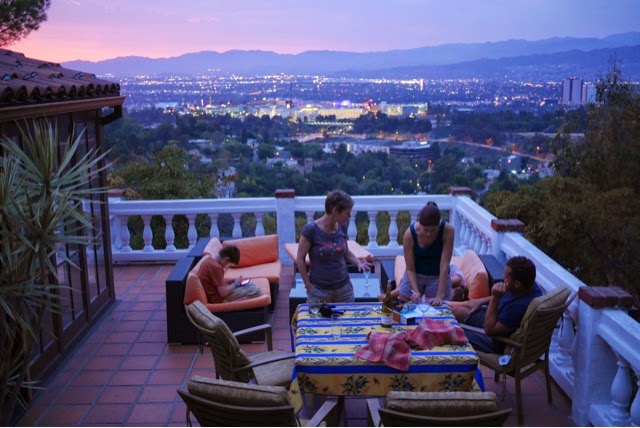 Everyone came back for a barbecue at our Hollywood house and we sat on the terrace eating and talking as the sun went down. I could get used to this.

We hooked up with them the next day too, driving down to Malibu for a day on the beach which of course heralded the first rain Southern California has seen in eighteen months, Coll was so disgusted he didn’t even bring out the surfboards. We couldn’t stay out of the sea though – especially our eleven year old labrador (Tom) who’s childhood would be spent primarily under water given half a chance. After a loud and bounteous meal at a sushi place up the road we went our separate ways.

We had one more night with Anna and Coll – at the Hollywood Bowl. It is such an exciting venue to arrive at; an iconic shape you’ve seen pictures of so many times but it also has the intimacy of a shared experience like a picnic, because in fact everyone brings something to eat and a bottle of wine and there is a hum of conversation as the sun goes down.

We’d come to see Herbie Hancock but the two acts that preceded him were every bit as entertaining and Gregory Porter in particular could have been the headline act. His saxophonist was astonishing; able to play faster than seemed possible in a seamless ripple of sound. Herbie was backed by an orchestra which seemed to rein in the spontaneity a bit and made you overlook what an accomplished pianist he actually is. He is one of the old school stars who seems to believe that his fame speaks for itself, so he barely spoke to us between sets and when he’d finished, he simply walked off the stage. His playing was dazzling at times though and we soaked it all up and had a terrific evening. Thanks for organising it Anna! 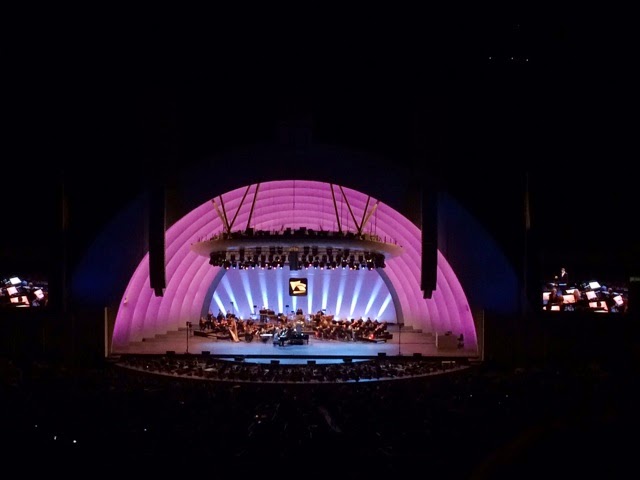 It has been so nice to reconnect with our Nieman friends – I hope we see more of you either here or in London.