When sixty hippos decide to all bellow at once you can almost feel the ground shaking. It’s a low frequency of vibration that is almost impossible to pinpoint and makes your body hum. We had a fair bit of that overnight…

Philippa woke just before dawn and lay in her sleeping bag watching them through the tent flap as the sun burnt the sky pink. They are such comical animals with their too-little legs set too close together like a table doomed to be unsteady. 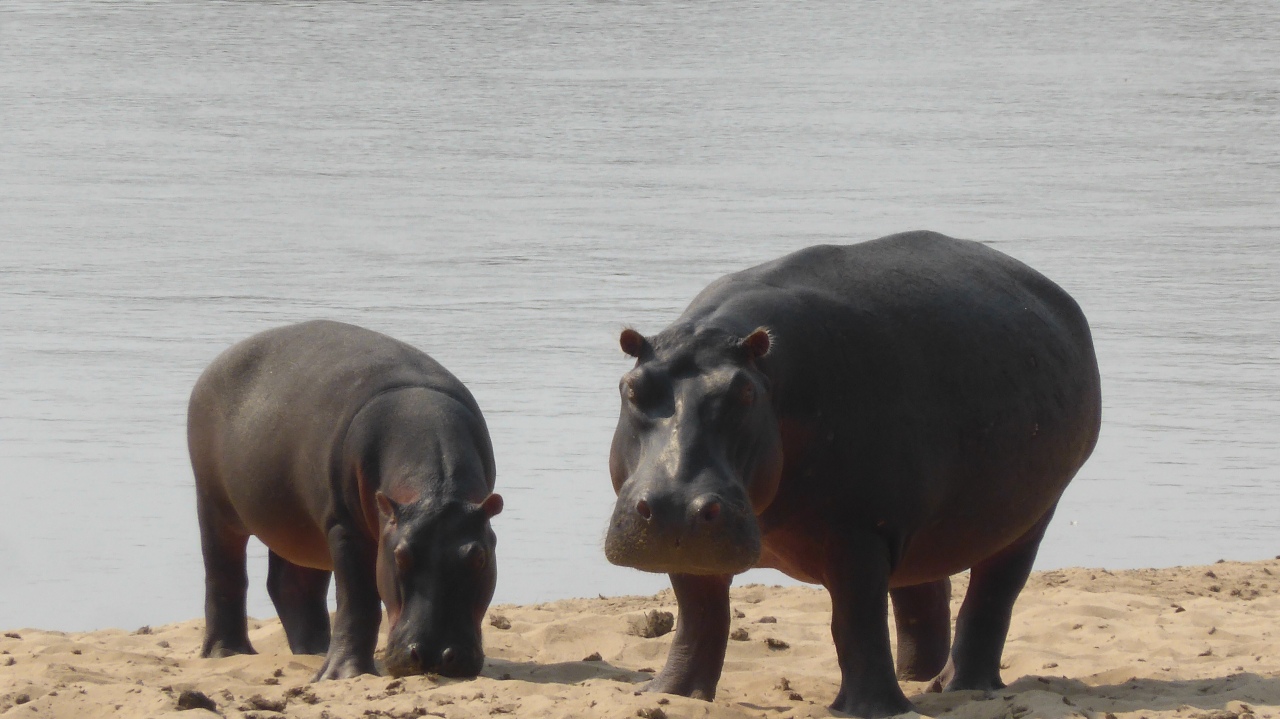 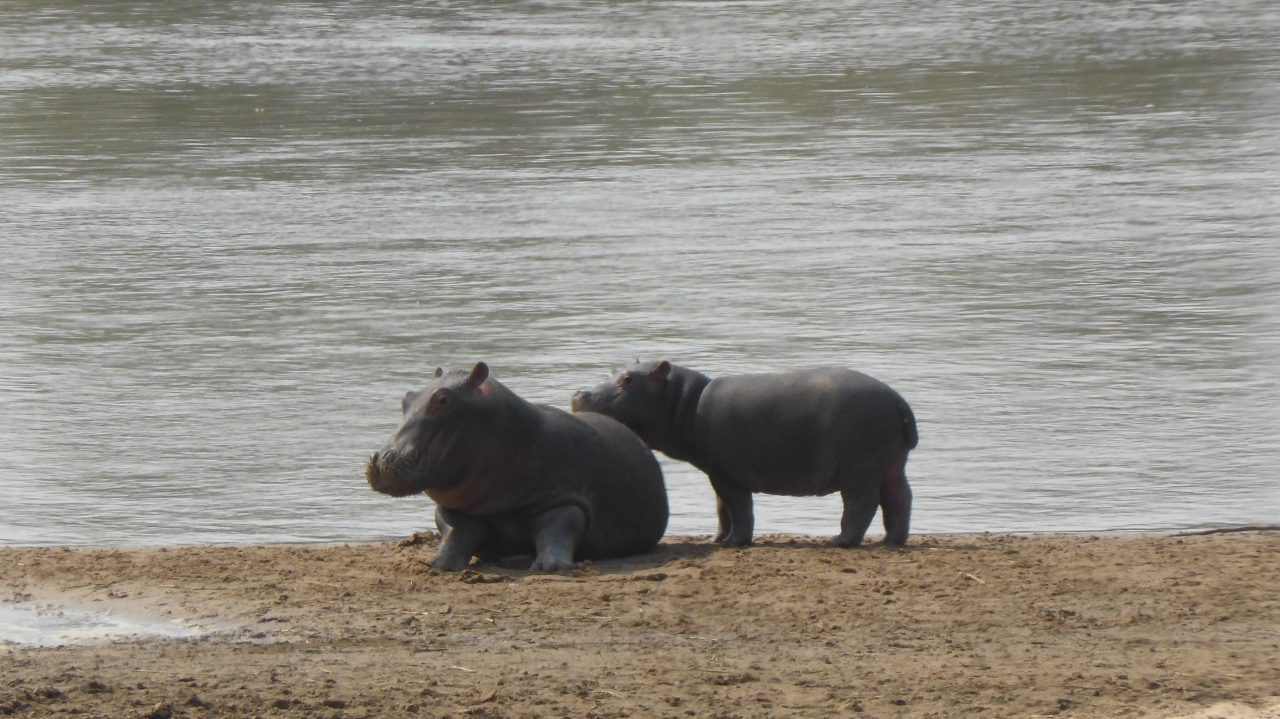 But there is nothing unsteady about them and they can run at 30kmh in those too-little legs. 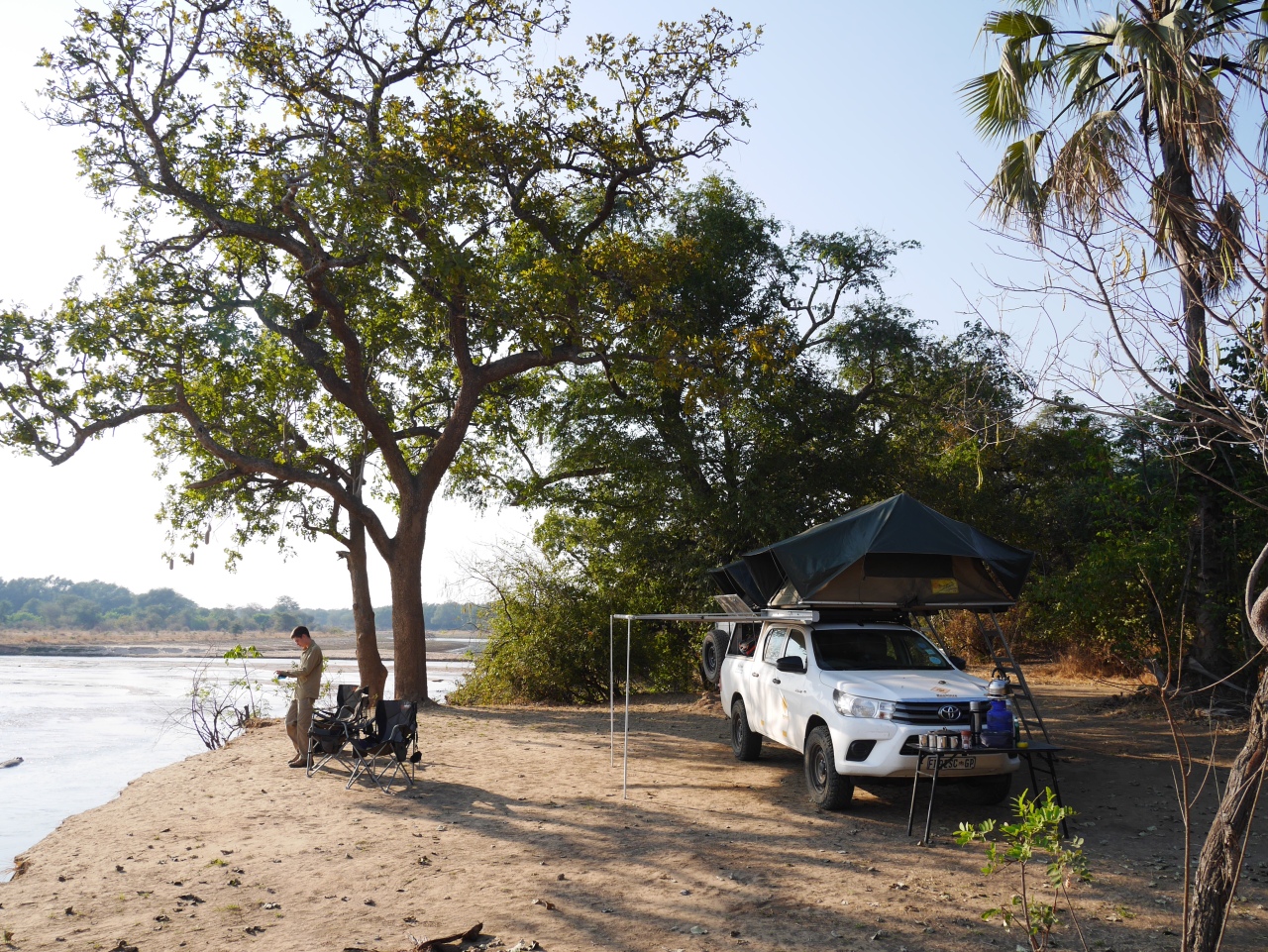 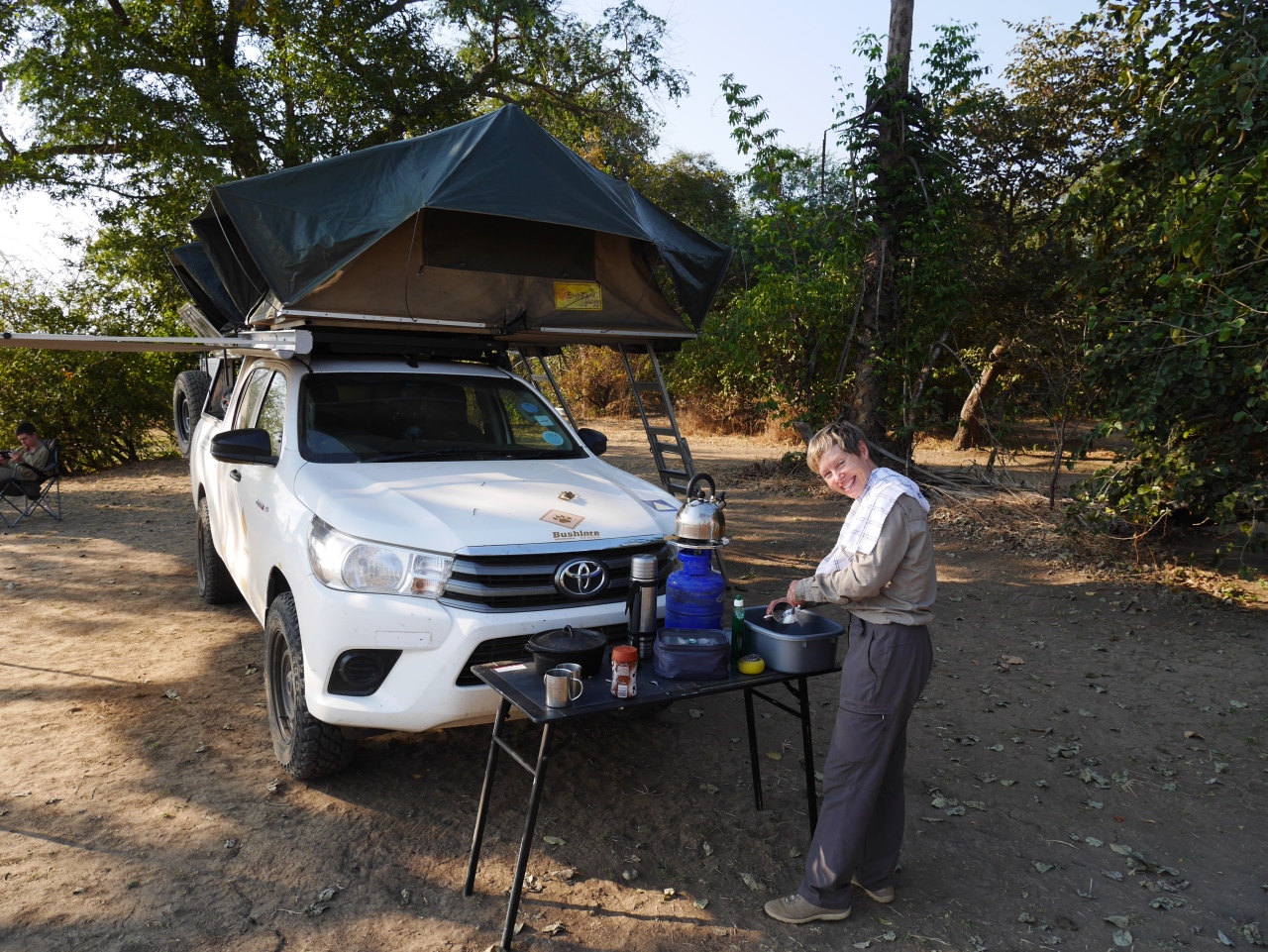 P and I got up and sat in the camp chairs with tea as the river came to life. A kingfisher hovered over the water, wings beating frantically but head steady as a rock watching for fish below. Then, wings folded it plummeted beak first into the water. It did this repeatedly and we never did see a fish so it certainly worked hard for its breakfast. 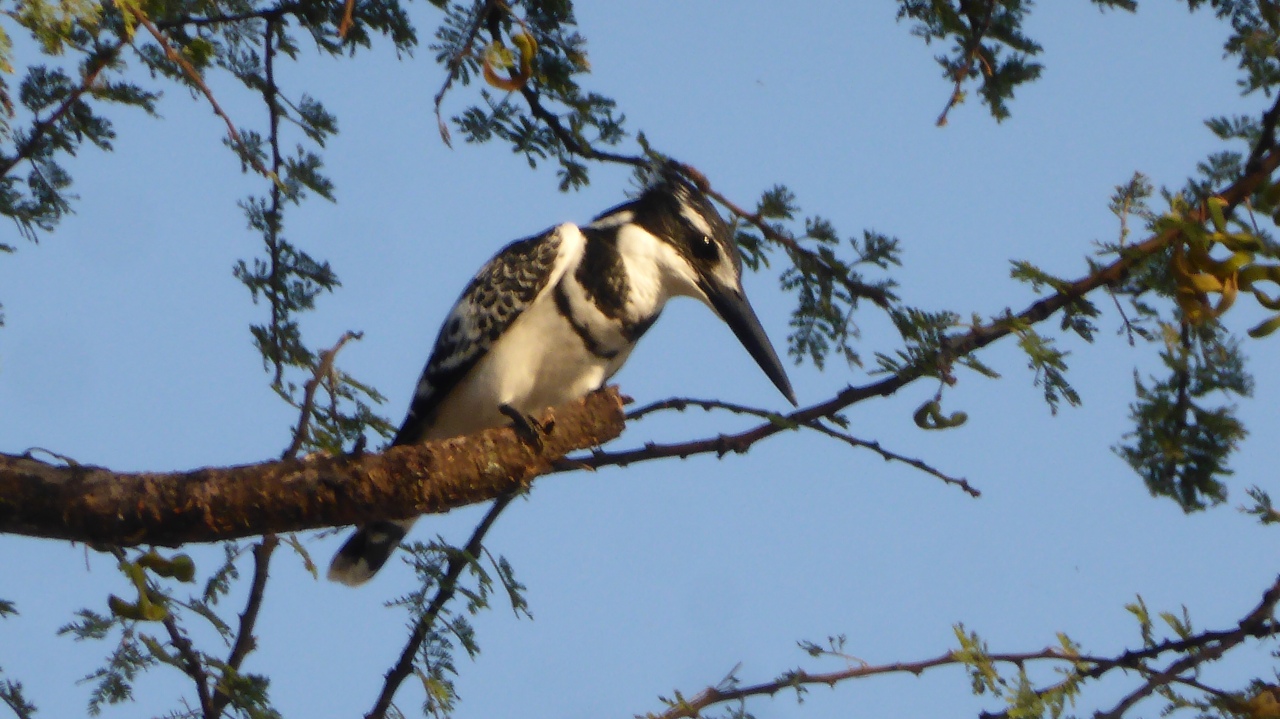 Impala and water buck came to drink from the muddy shallows of the Mwaleshi River, rather than the deeper Luangwa where the crocs are more difficult to see. A big brown hawk glided through just a few meters from us. Electric yellow bee-eaters perched in bushes looking for some kind of insect but I’m not sure what.

We’d already been told that it’s not really safe to stray out into the bush beyond the perimeter of the camp, so we were getting things ready for breakfast and discussing what to do with our day when our scout came by with one of the attendants and suggested that he took us for a game walk. Having failed to really get their names when we all did the introductions I’m now too embarrassed to ask them again.

We set out downstream towards a fishing camp where three young men and a teenager were lounging under a thatched sunshade. 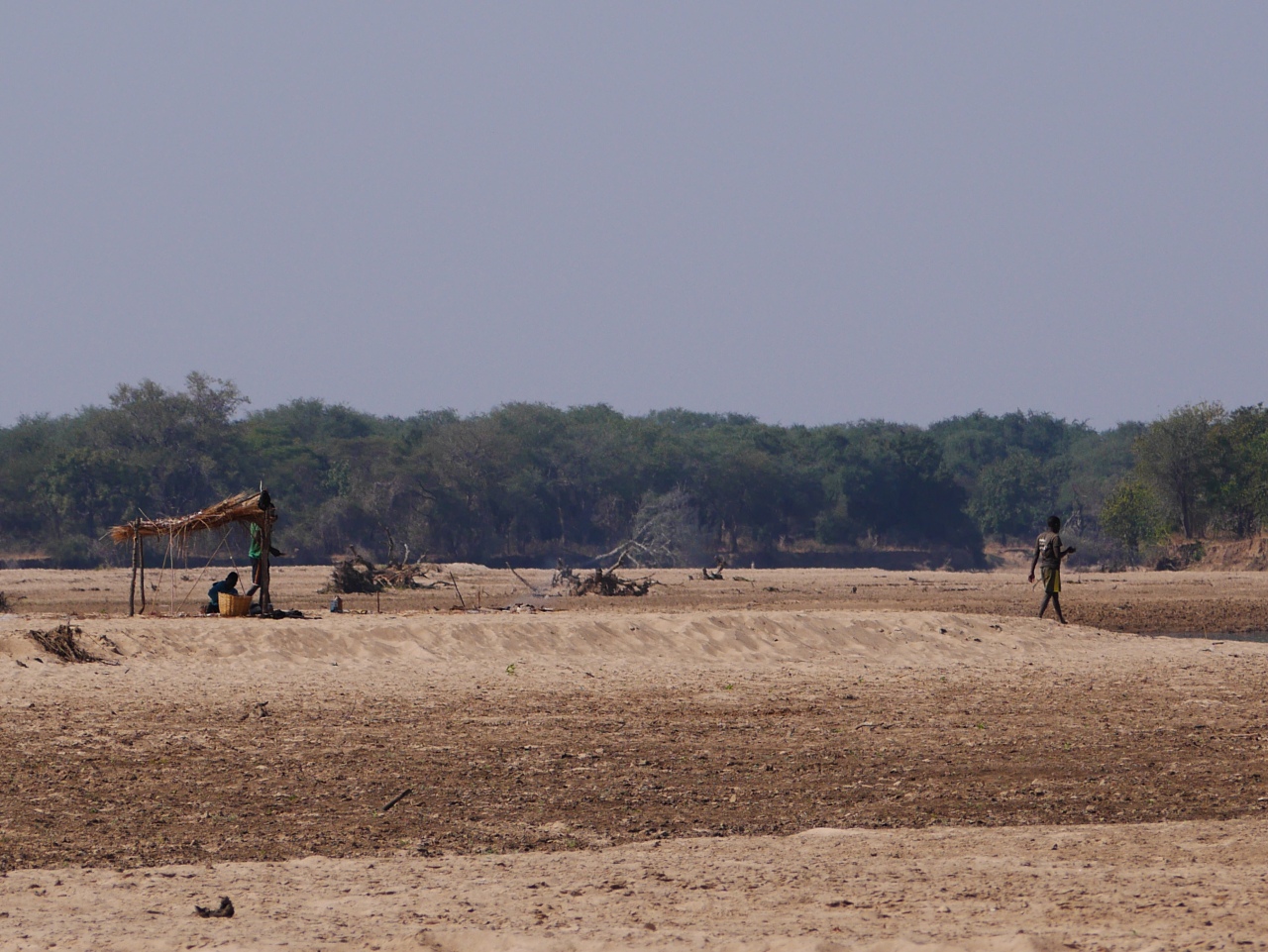 A couple of dugout canoes were moored up and they’d already brought in the catch.

A platter the size of a dustbin lid was packed with fish like big sardines, drying in the sunshine. 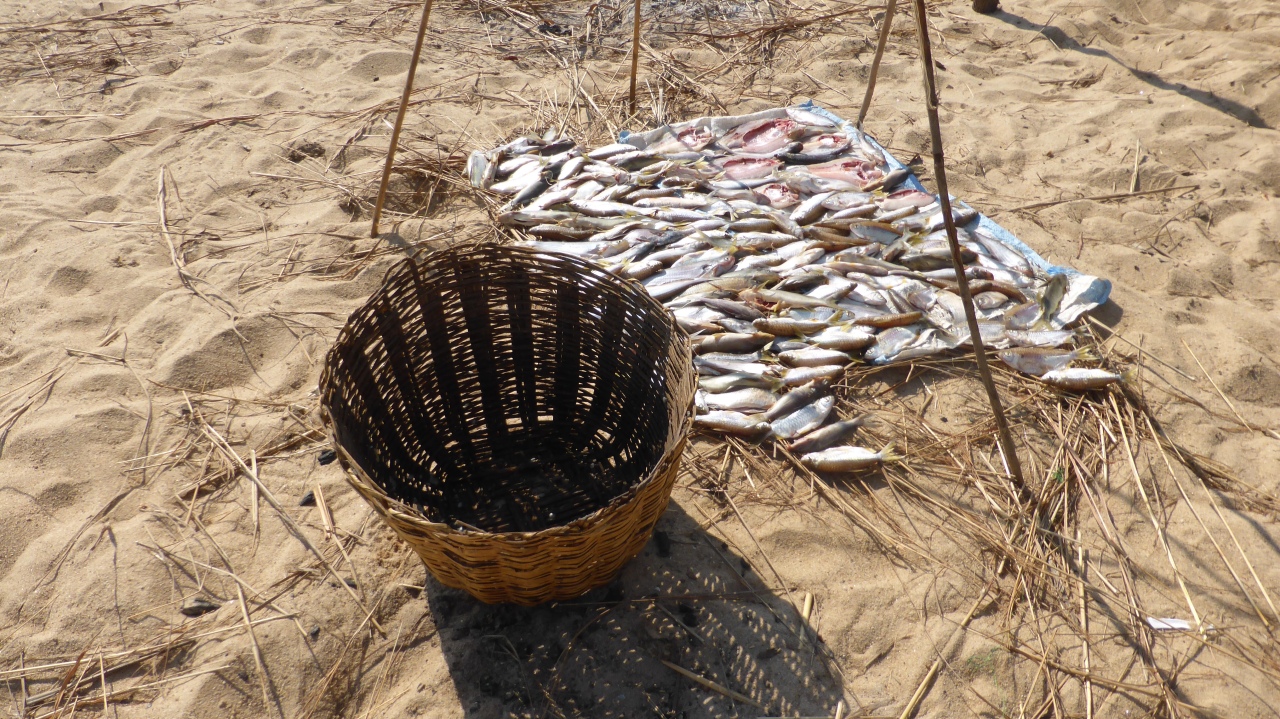 We did a bit of a circuit coming back through the bush where were given a talk about what to do if we came across an elephant. We walked quietly in single file but didn’t have to run for cover or anything. We did see a few panicking antelope of various flavours. All the animals here are much more nervous around people.

Back at camp I took the back off the satnav and realised that the reason it couldn’t find any roads is because the micro-sd card which had them all was no longer in the unit. It must have jolted free en-route and then fallen out when I took the back off to change the batteries. I checked the car and it’s not there. It must have fallen into my lap and then onto the road when we got out for a break. It’s annoying. We can programme in some of the key junctions en route but we will have to be careful when the tracks split off, as they often do.

Next job was to rinse the milk out of the carpet in the food drawer, the smell from which had hippos complaining to the park rangers. P bravely took the lead on that one.

I had exactly the same level of success with identifying the fault with the Hilux aircon. No blown fuses and the one lead I found unplugged didn’t fix the issue. Ok well we will have to leave the windows open again. Sigh. I had to content myself with sweeping out some of the accumulated bits of brush and leaves and dust so at least it felt a bit less grungy inside. I charged our camera batteries with the folding solar panels and set about trying to reconstruct our route on the satnav. Or should I say, the sat, as P and I will have to do the navving.

In the heat of the day we sat in the shade watching the river, reading and blogging. The attendants seemed to be sleeping. It was that sort of day and good to recharge after some tough drives.

Later we met up with our scout and one of the attendants for another stroll. We went upstream this time via another fishing camp where they were mending nets in the shade. They seemed determined to find us an elephant and we went back into the bush for a good king look but nothing doing. We came back to the sandy riverside but the attendant said “we should not stay here long. This is where the elephants come to the river.” The people here are really very wary of them. And with good reason. I’m suddenly reminded of a road mender who stopped us at a narrow section to wait for the traffic to come from the other side. He showed us a DVD in a box with a photo of an elephant standing over a man it had just killed. “He was a chief and killed by this elephant.” said the lad “I video’d his funeral and want to release this DVD but I’m still waiting for the family’s permission”. We tried to give a nod suggesting sympathy for his artistic frustration.

Back at camp and the attendants had heated water for us; “it is ready for you to take a shower now”. We’d all had showers that morning but felt bad that they’d gone to all that trouble, so I had a second shower and thanked them very much.

It’s just gone eight pm and the moon is full. It’s gleaming on the water and the shiny backs of the hippos heading off to graze. There is a fair bit of splashing as those stumpy legs wade through the water. Across the river, from the dark band of forest in the North Luangwa National Park a lion just roared. “ROOO-ugh. ROOO-ugh. Uh Uh Uh” We are heading there tomorrow. 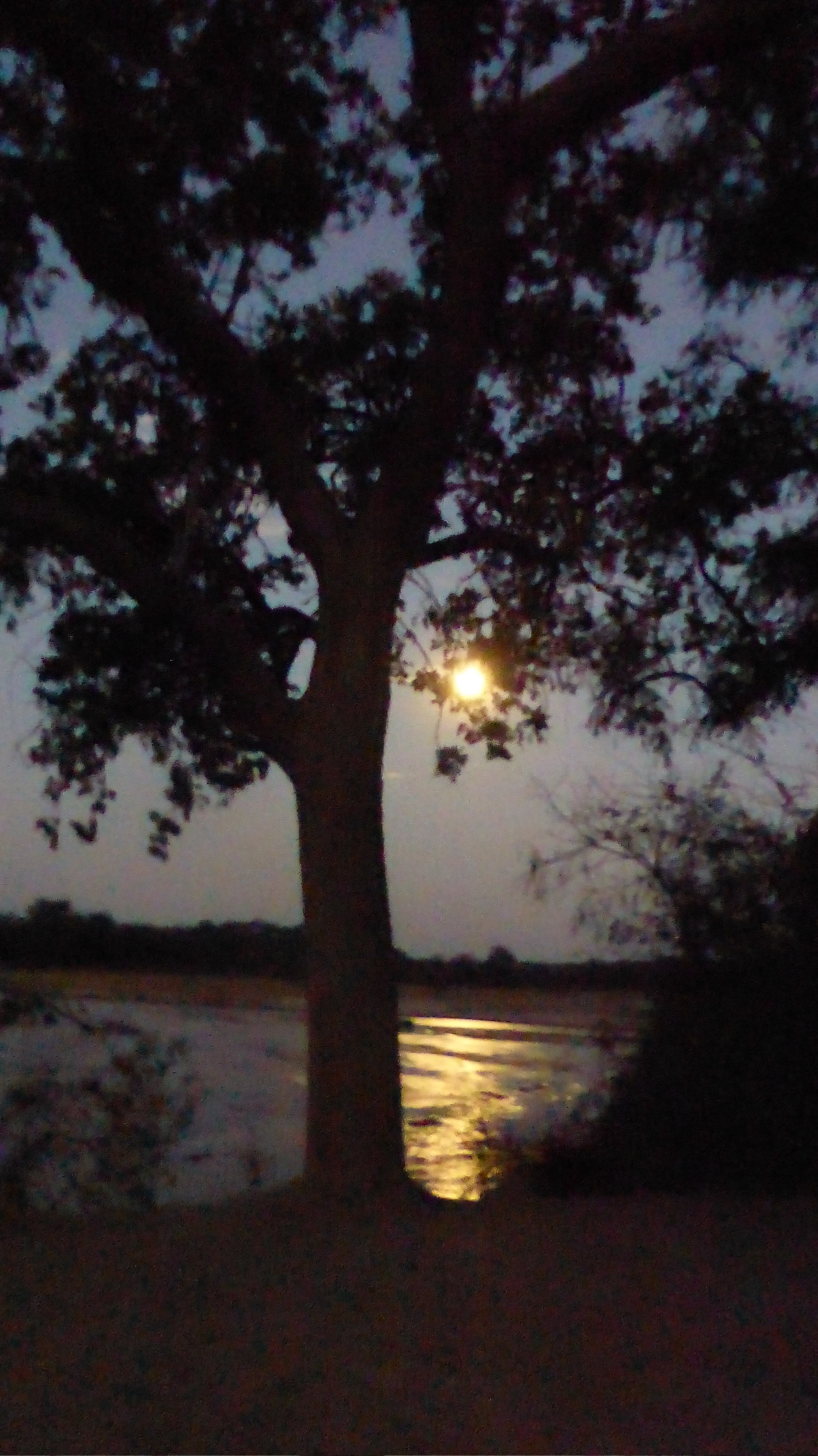