This, says “Trekking, the Tour of Mont Blanc”, is the easiest stage of the TMB. Looking at the stats, it is a mere 9.3 miles, climbing a negligable sixteen hundred feet and descending a piffling two thousand feet. Why, it is barely a walk at all. Hardly worth doing up the bootlaces…
Still, we have a hotel booked in Champex so might as well get on and do it. But time enough to plunder the breakfast bar first, under the watchful gaze of the rather officious owner. A hapless group of middle aged Israeli women made the mistake of ignoring the sign about not taking breakfast food for a picnic, and were told off. “I saw you taking the food! Some people haven’t had breakfast yet!”. We would never dream of doing such a thing. Oh no.
We planned to stay longer, lingering over wifi and coffee, but the sun was getting stronger and these valley walks are always a bit warmer without the altitude so we set off through La Fouly and then crossed the small dam and into the woods by the river. The sunshine was hot on our necks and without any real gradient to worry about we ambled along chatting. Above us a waterfall tumbled down the flanks of the mountain. 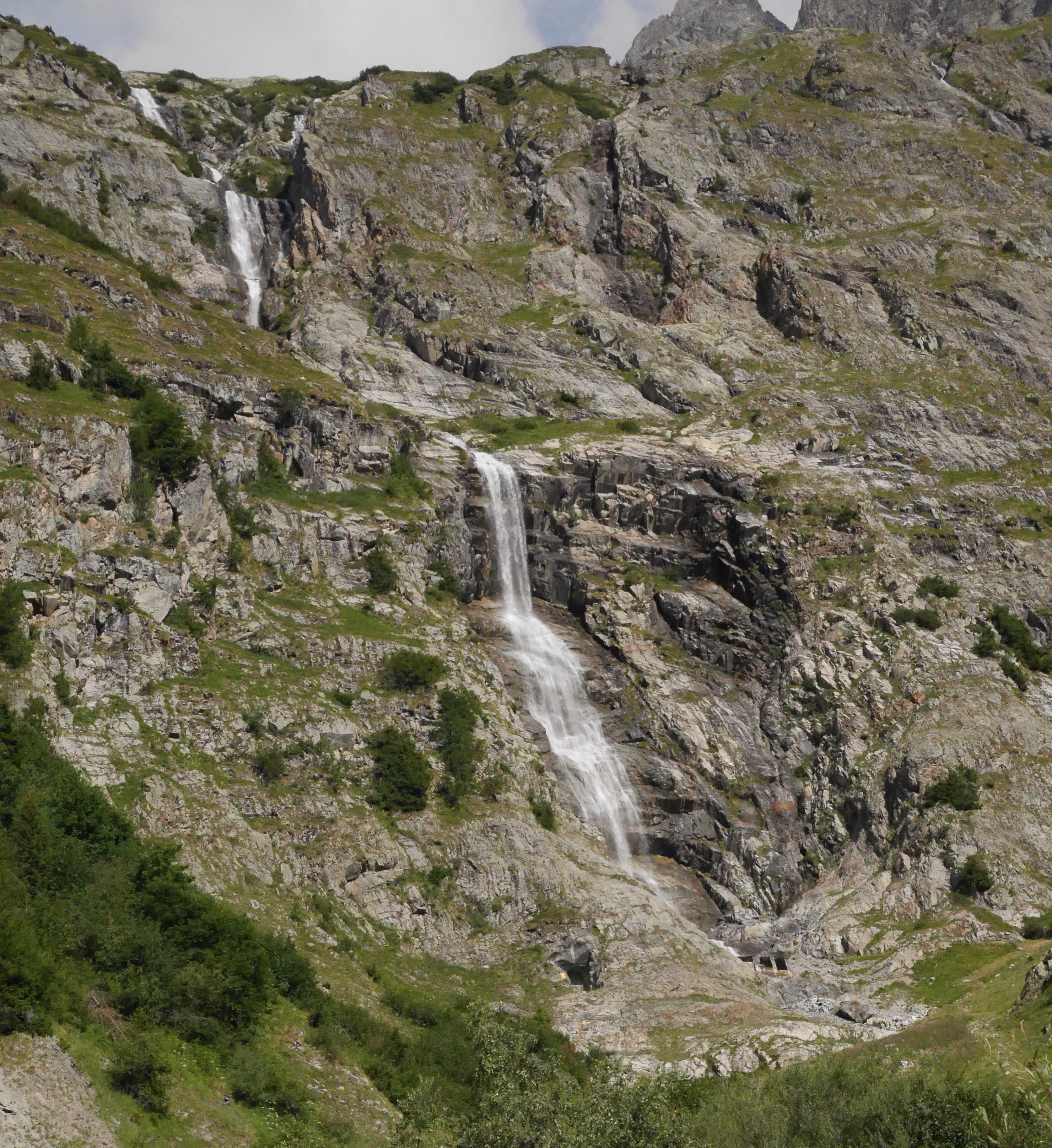 There was a wide, stony river river bed next to us which Tom decided to explore. 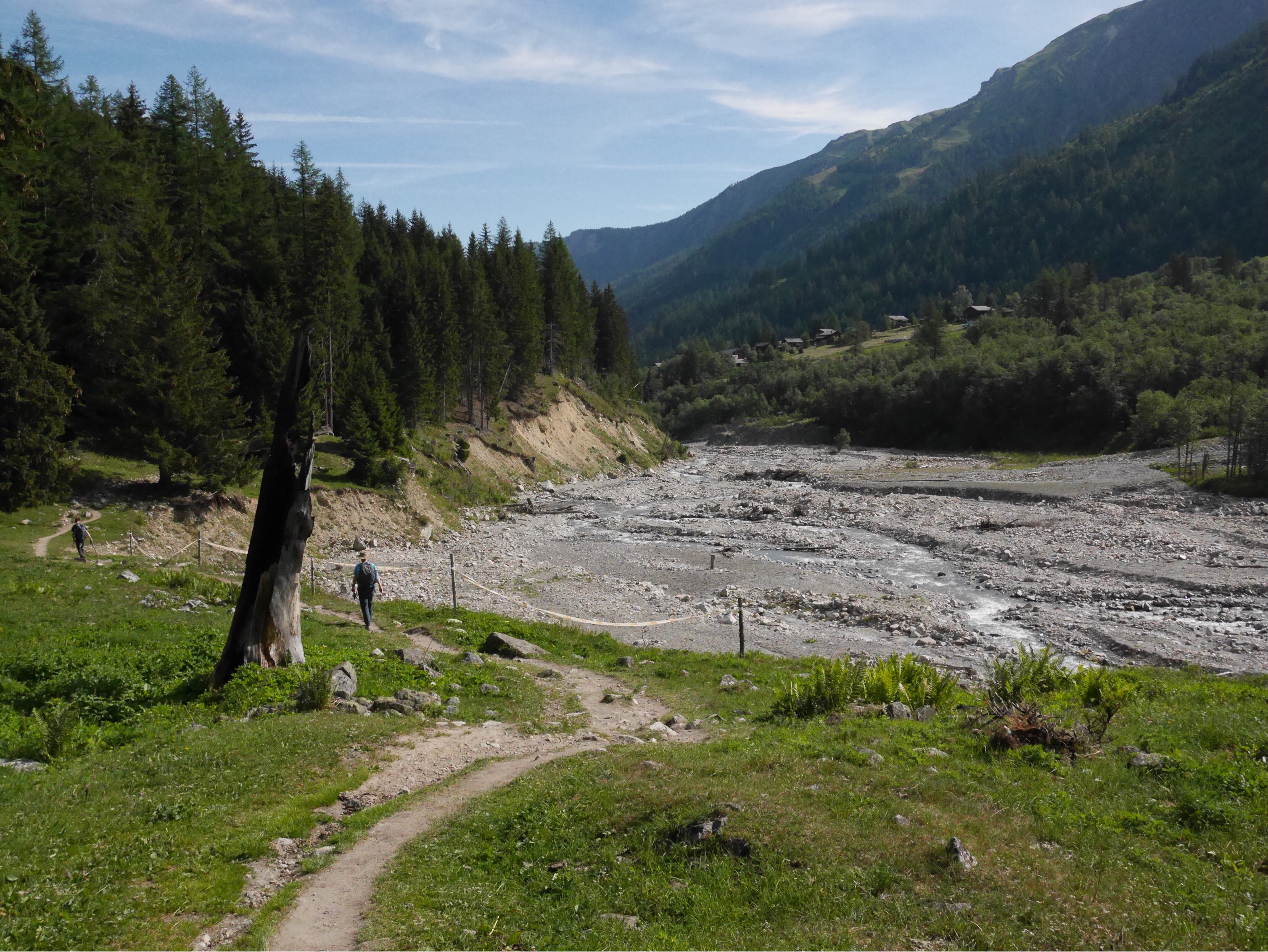 He hopped from rock to rock over the narrow channel of water – little more than a stream really – as we kept parallel with him along the path. Then we saw the sign warning us that the river bed was a runoff from the dam and could turn into churning torrent at any moment. And up to seventeen times a day in fact. Tom! Come back!
We continued on through the woods and found ourselves walking over such a sharp, straight ridge that it felt manmade, until we read that it was actually the ridge of a moraine formed by some vast, long-gone glacier. 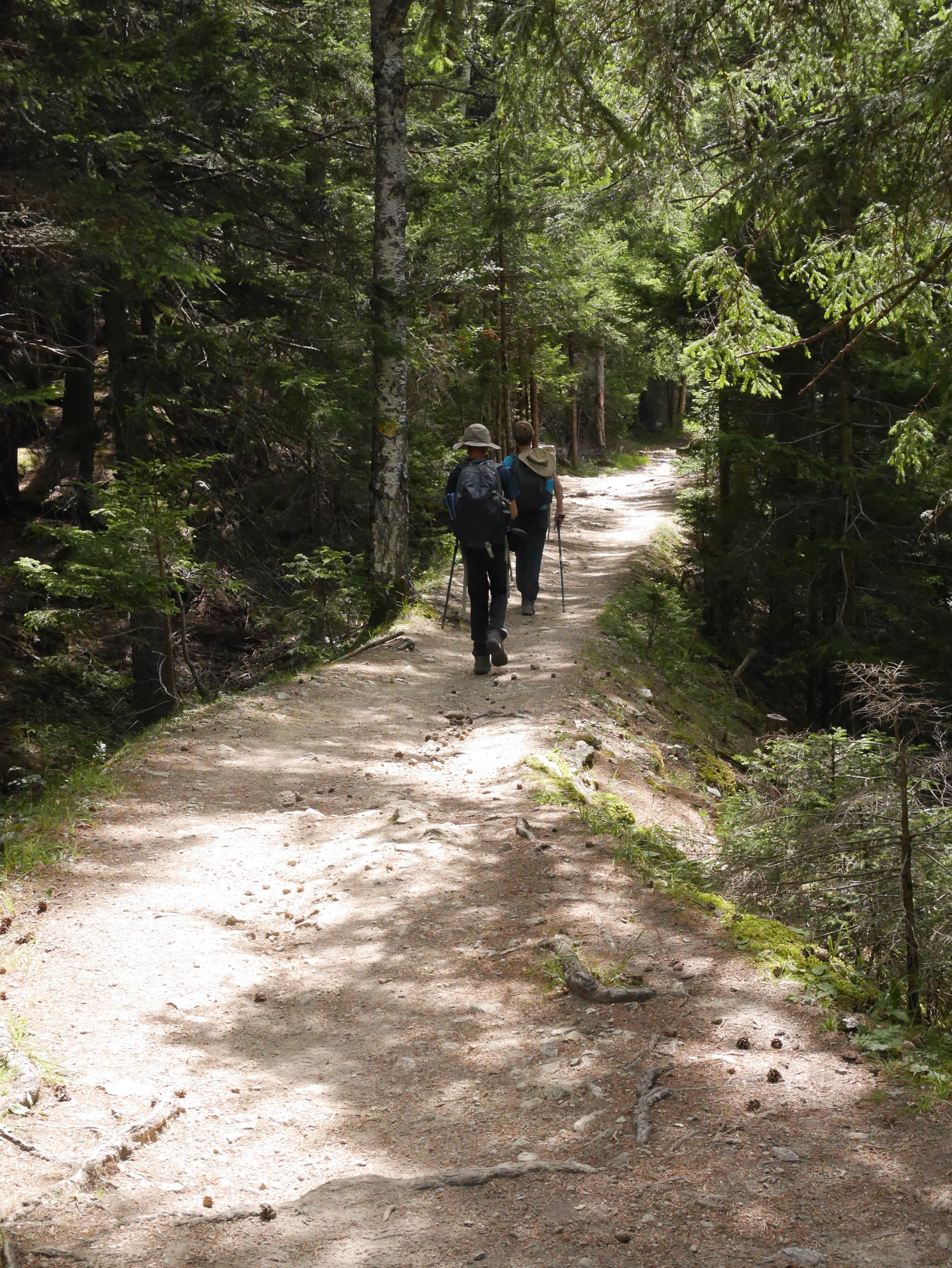 Eventually we came to the first in a series of villages running through the valley. The original dark wood chalets have been steadily surrounded by modern versions but the old hearts of these villages are still remarkably unchanged. 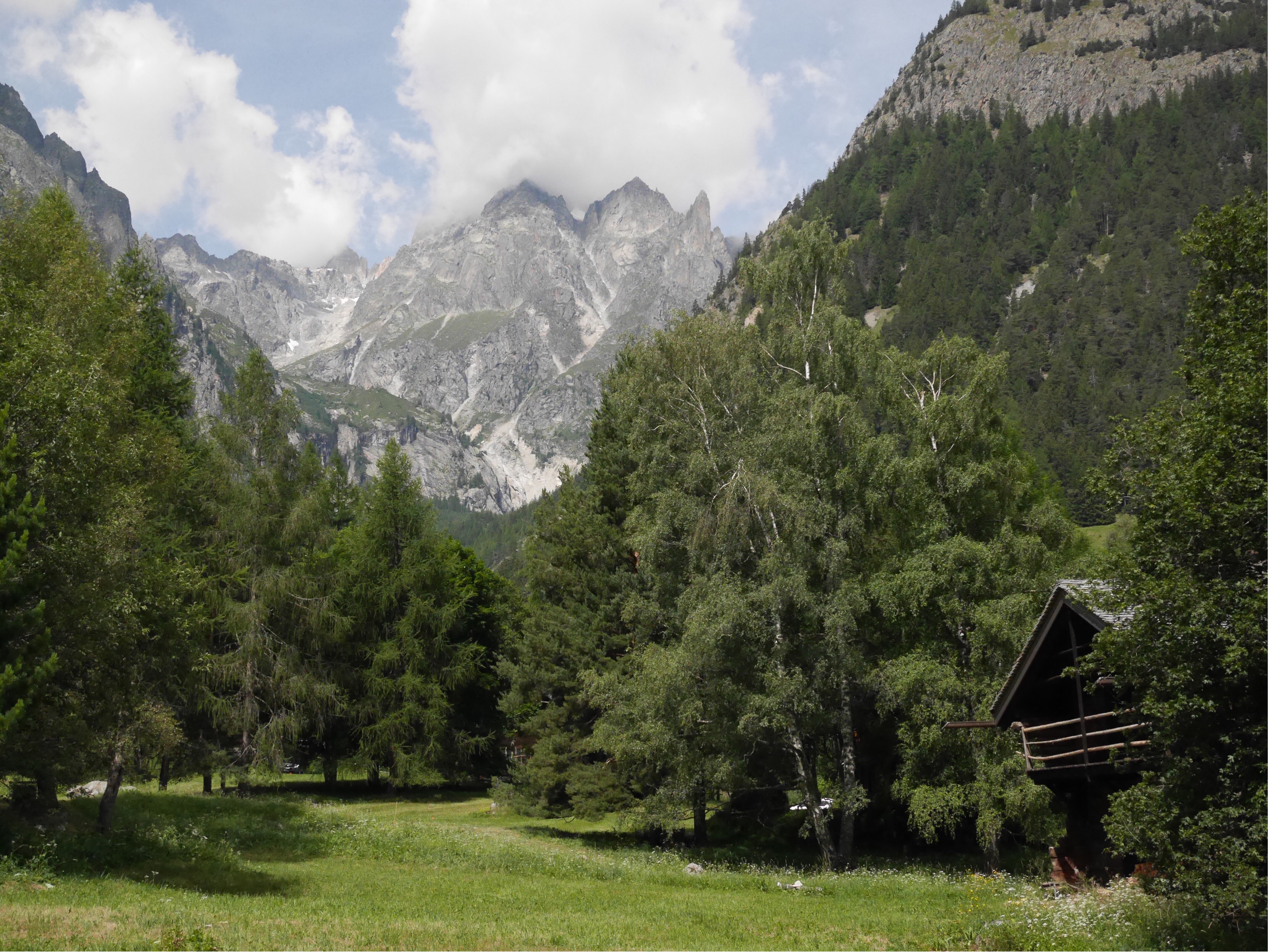 That said we barely saw a single person and there was a slight sense that what we see now is preserved in aspic for the holiday-home crowd. 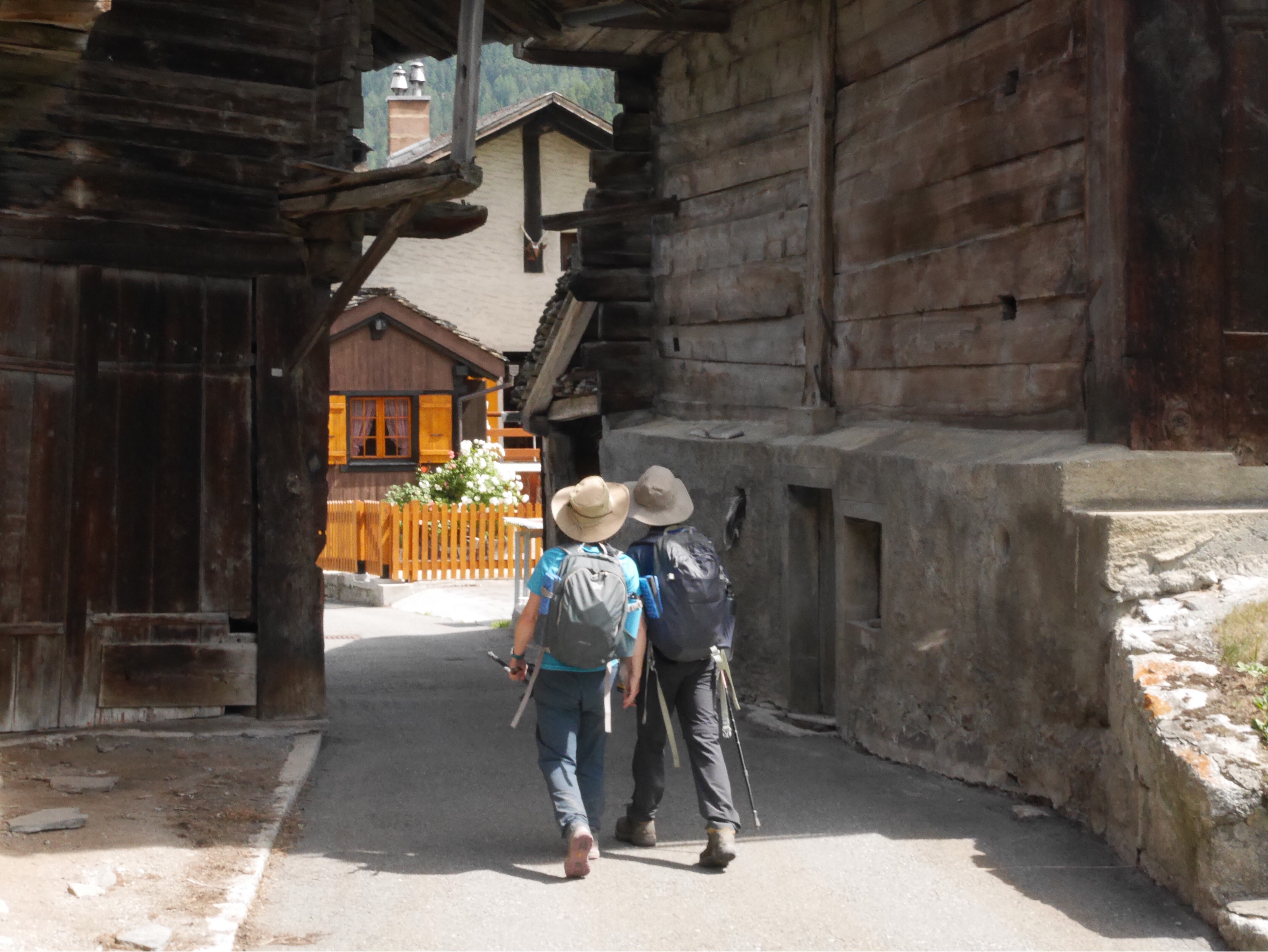 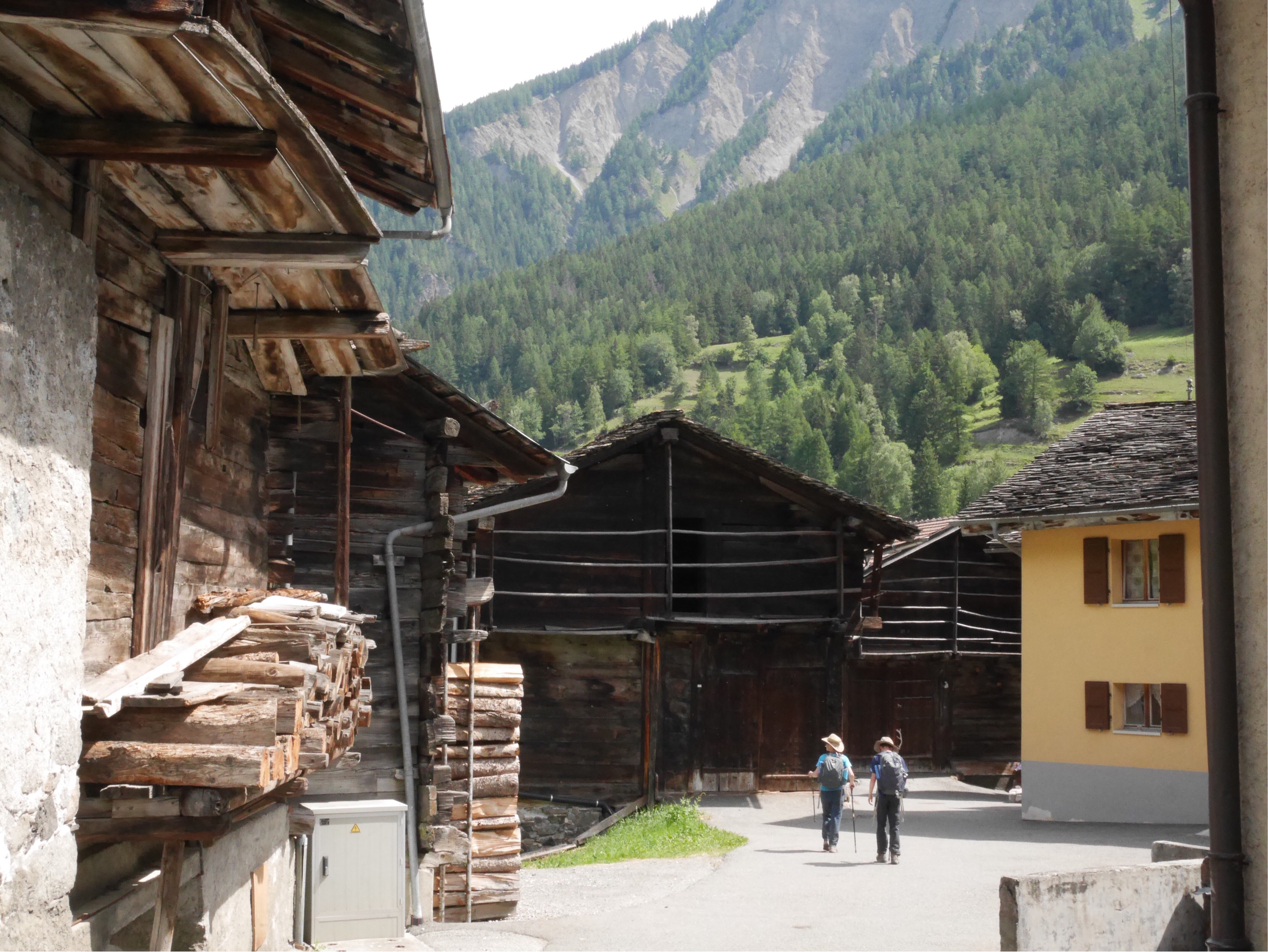 The main road was busy with farm vehicles loaded with hay, zipping from field to field, but still the villages were quiet. We continued our walk downhill through carefully tended fields and perfect, weedless vegetable patches. The chickens had their own chalet. 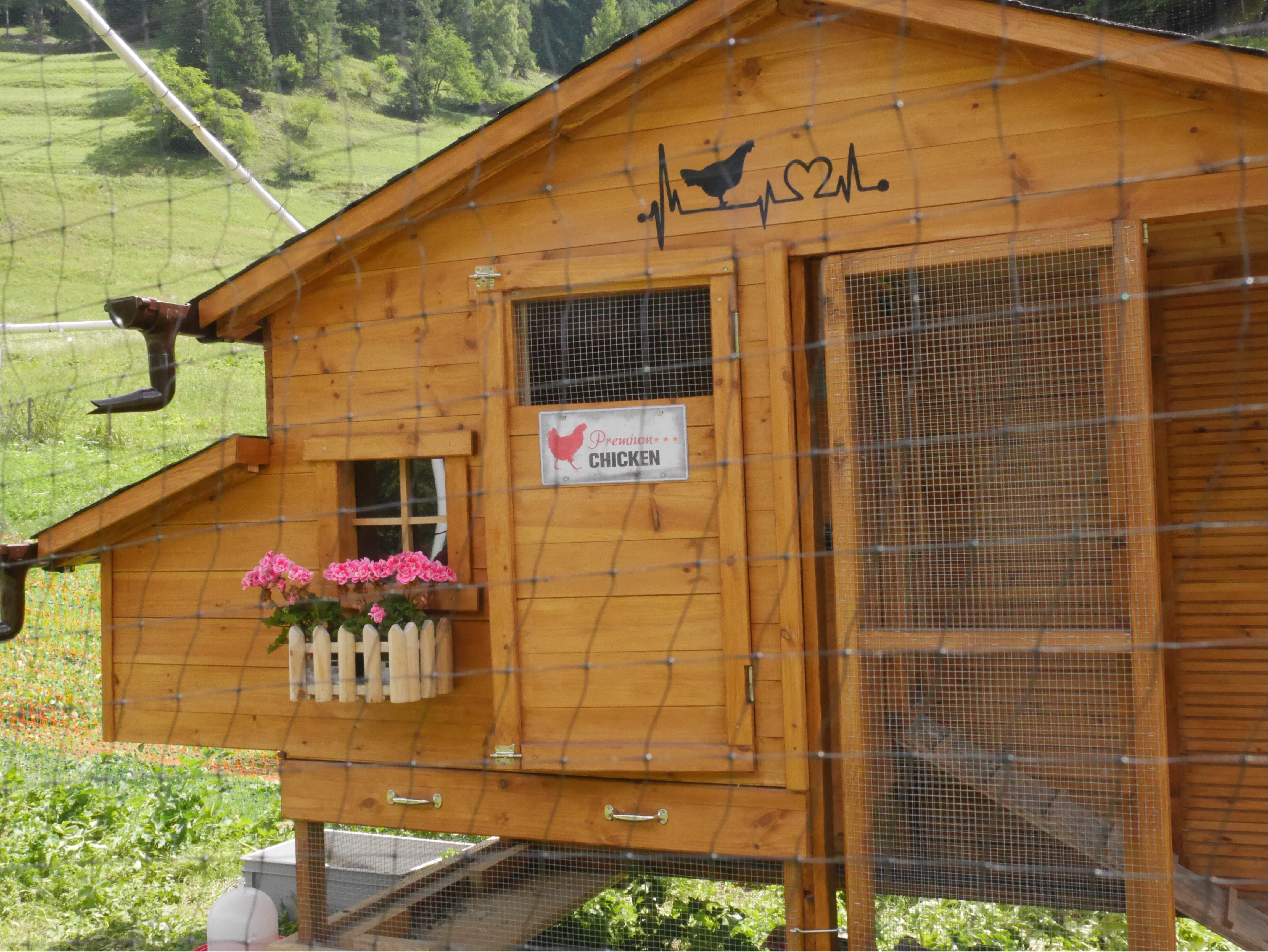 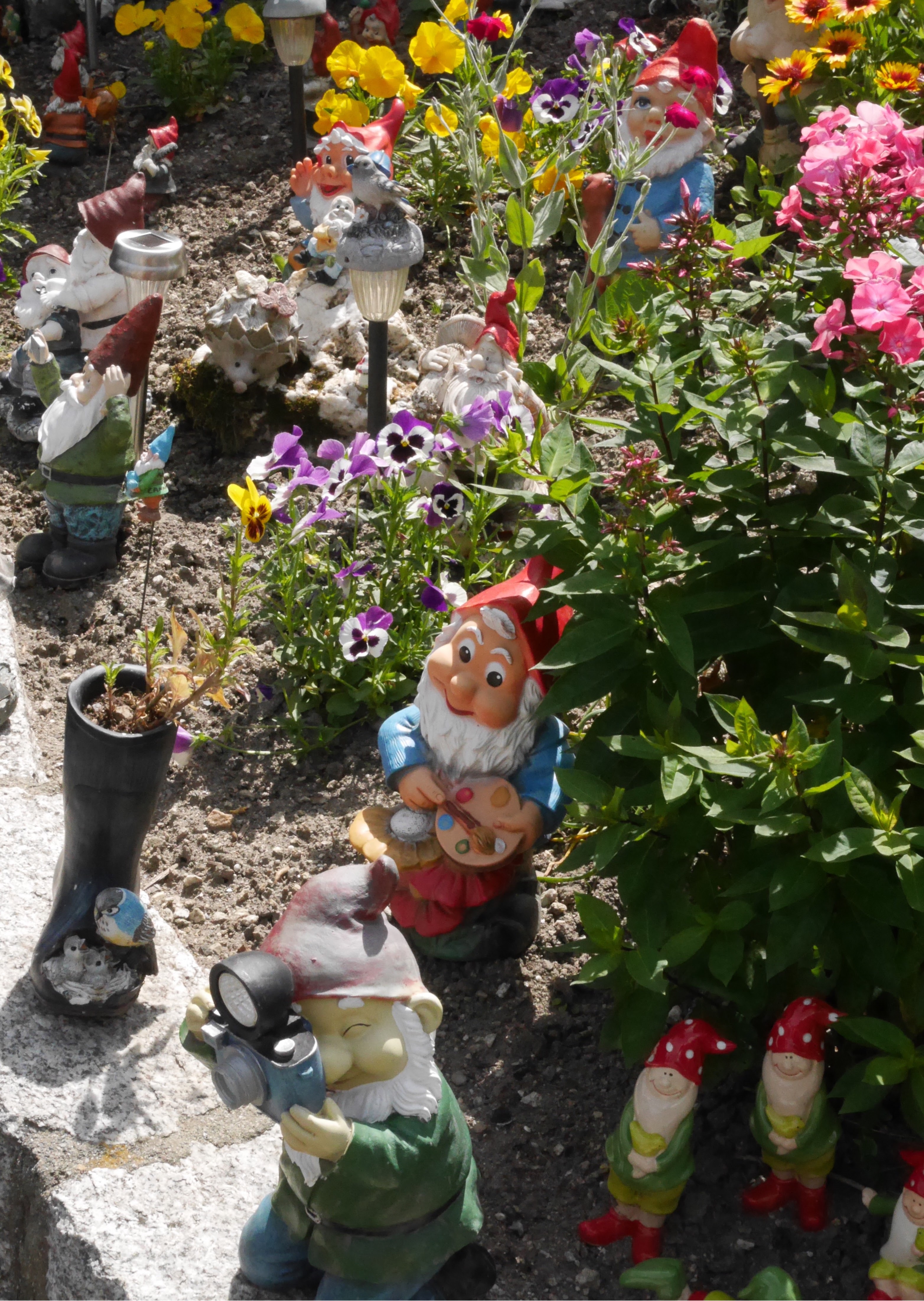 Les Arlaches was a classic Swiss village of dark beams and stone. Every chalet had the perfect logpile stacked against it but again, we didn’t see a single person. 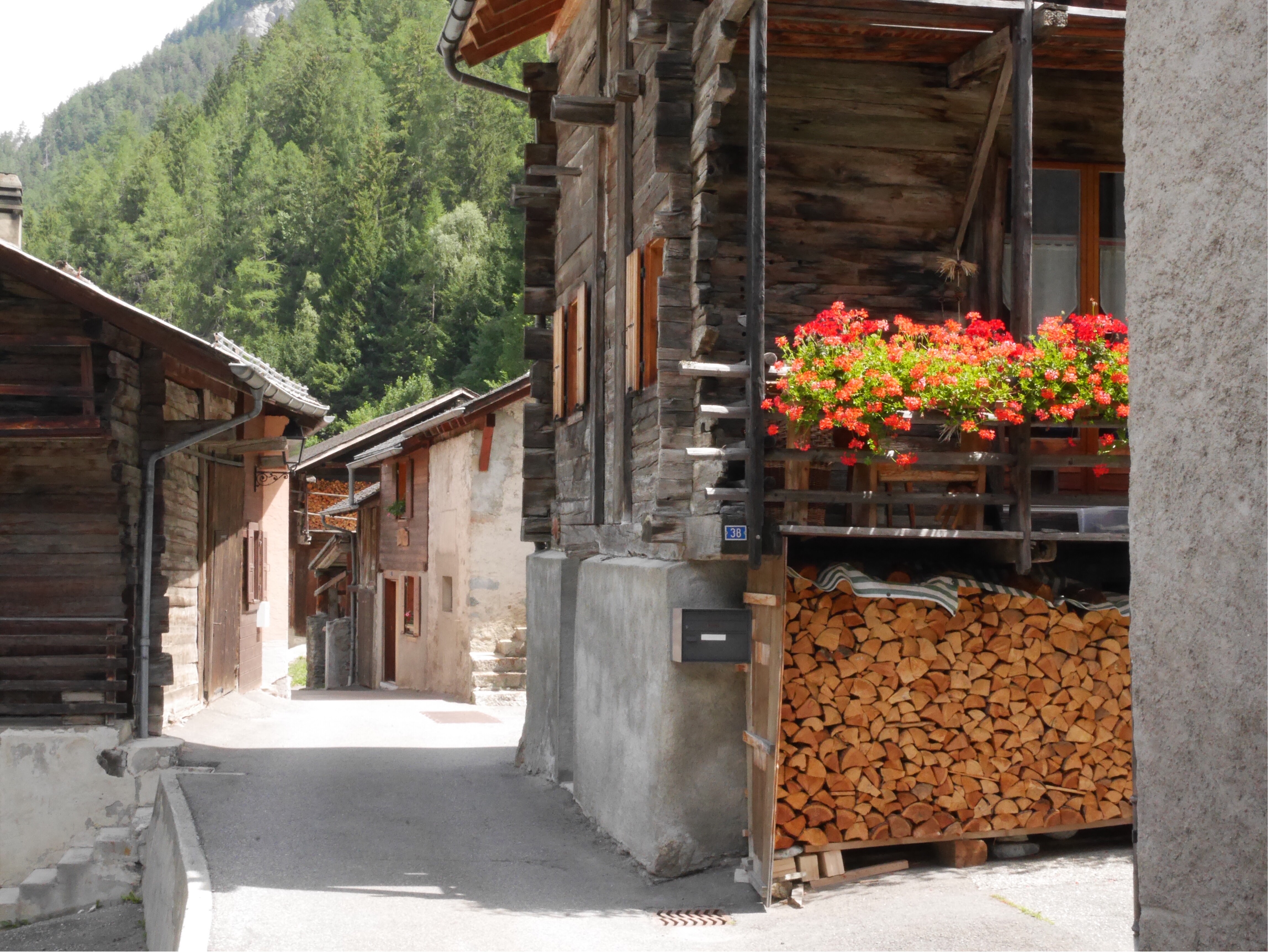 Occasionally there was a clink of a plate through an open window and there were duvets aired over windowsills but those were the only signs of life.
In the next village, Issert, we stopped for lunch by the roadside. Spaghetti for me and the lad, and a cheese omelet for herself. 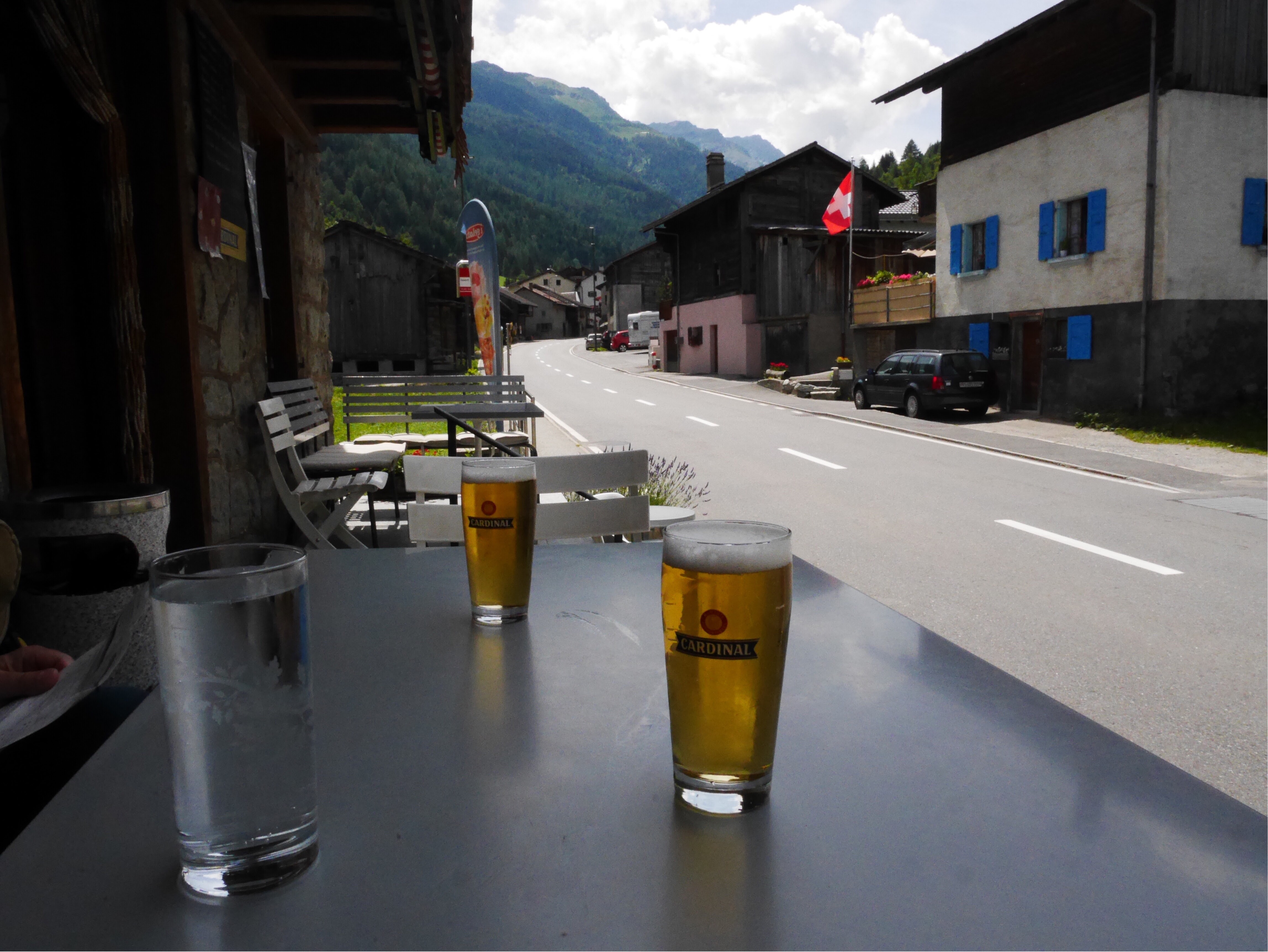 Not eating meat is a custom with which the Italians and Swiss are mostly unfamiliar, so P gets rather a lot of cheese omelettes. Last night in La Fouly when T and I had chicken curry with vegetables and rice, they brought the same dish for Philippa minus the chicken and with a piece of cheese instead. And in Rifugio Bonatti when they served everyone falafel, everyone got a piece of cheese too. Maybe that says less about the status of vegetarian food in this part of Europe and more about the status of cheese.
All morning we had walked down hill, but after lunch we knew it was time to start going up to Champex which we could see on a ridge about fifteen hundred feet above us. After hours spent coasting and then a heftyish lunch we were not ready for any work. The path was steep, the air was sticky and we were feeling distinctly post-prandial. The path up through the woods is known as the “mushroom trail” and every so often there are notice boards advising passing funghists about which ones will be delicious and which ones will kill you. Local artists have also set up a series of wooden sculptures every ten minutes or so up the track, which are rather nice. 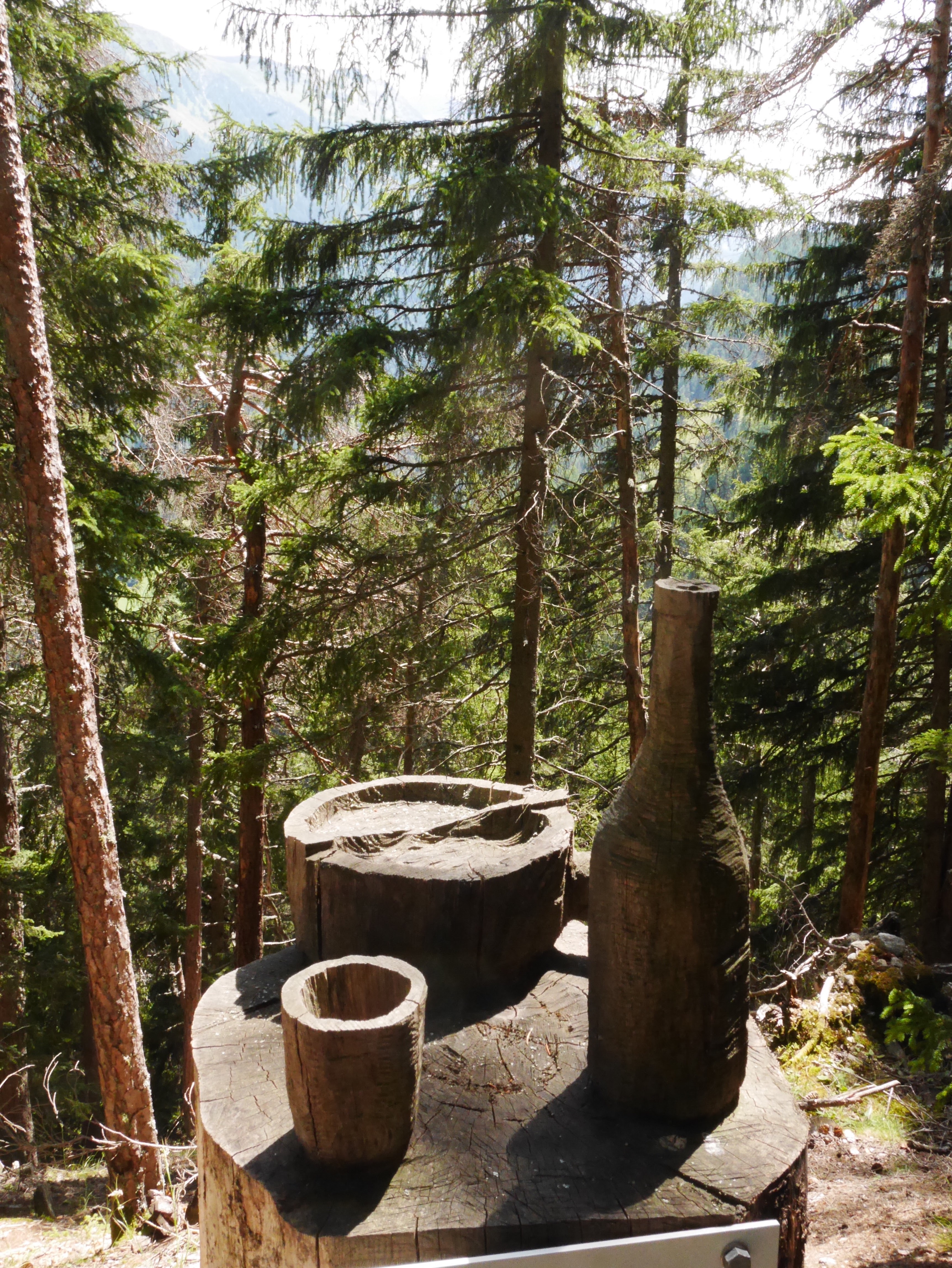 After an hour and a half of solid Up we emerged in Champex and found the hotel Alpina perched on the side of the mountain. There we were met by a beaming lady who showed us our room and served us panaches on the terrace. 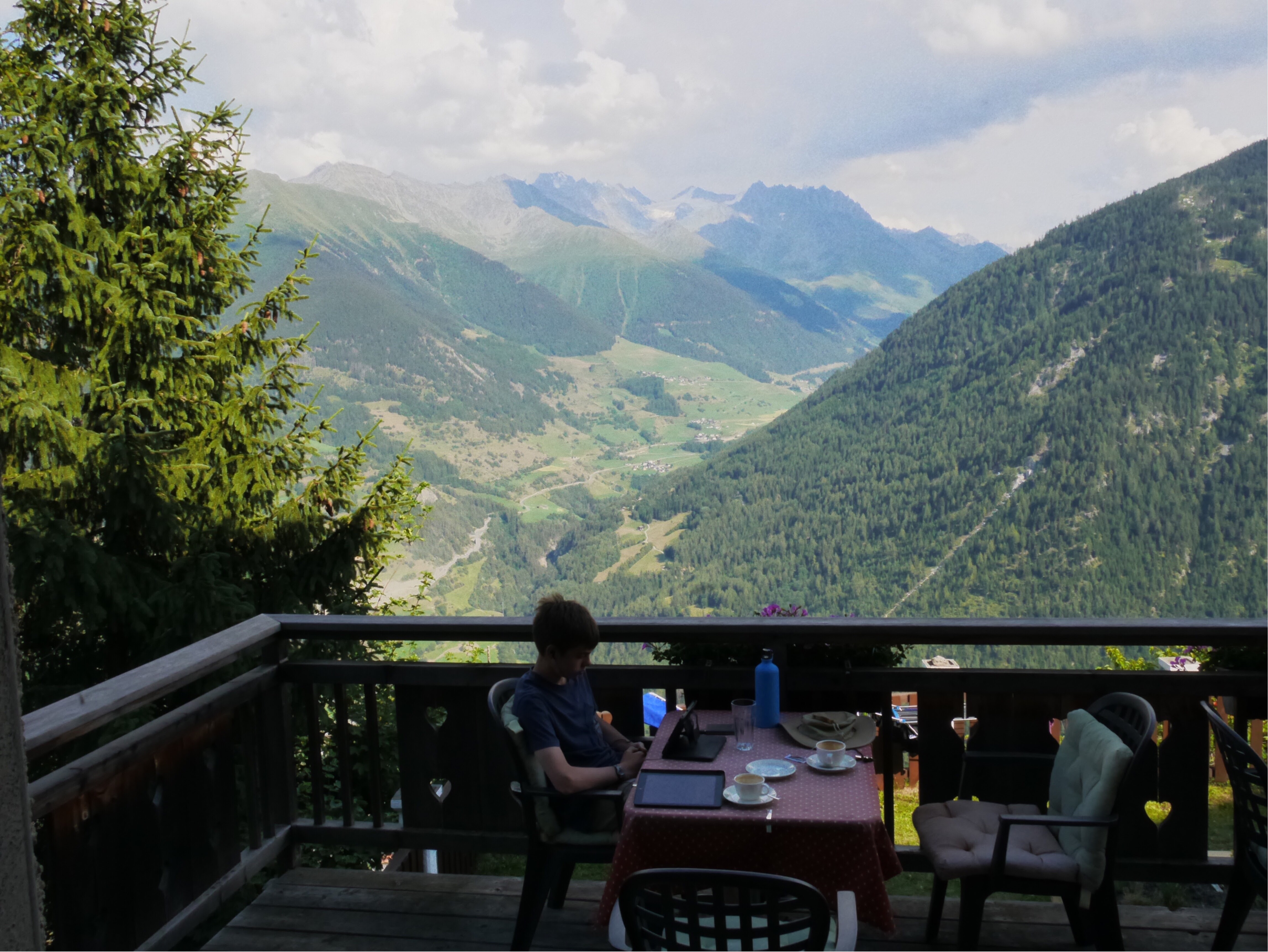 Madeleine couldn’t be more friendly or gracious. Breakfast is usually from 7.30 “but as you are not walking tomorrow maybe 10..?”. We’d read in the TMB book that dinner here was not to be missed and…it really isn’t. There was a little bowl of broth in which sat a piece of fried white fish with a delicately flavoured mousse on top. Then thin slices of rare beef with curls of thin sliced carrots and courgette and a soft cake of lentils bound with cheese and butter. And finally a pistachio pannacotta with an apricot crisp and fresh strawberries, which are grown in this valley. Wot joy. Even the view from our room is a treat. 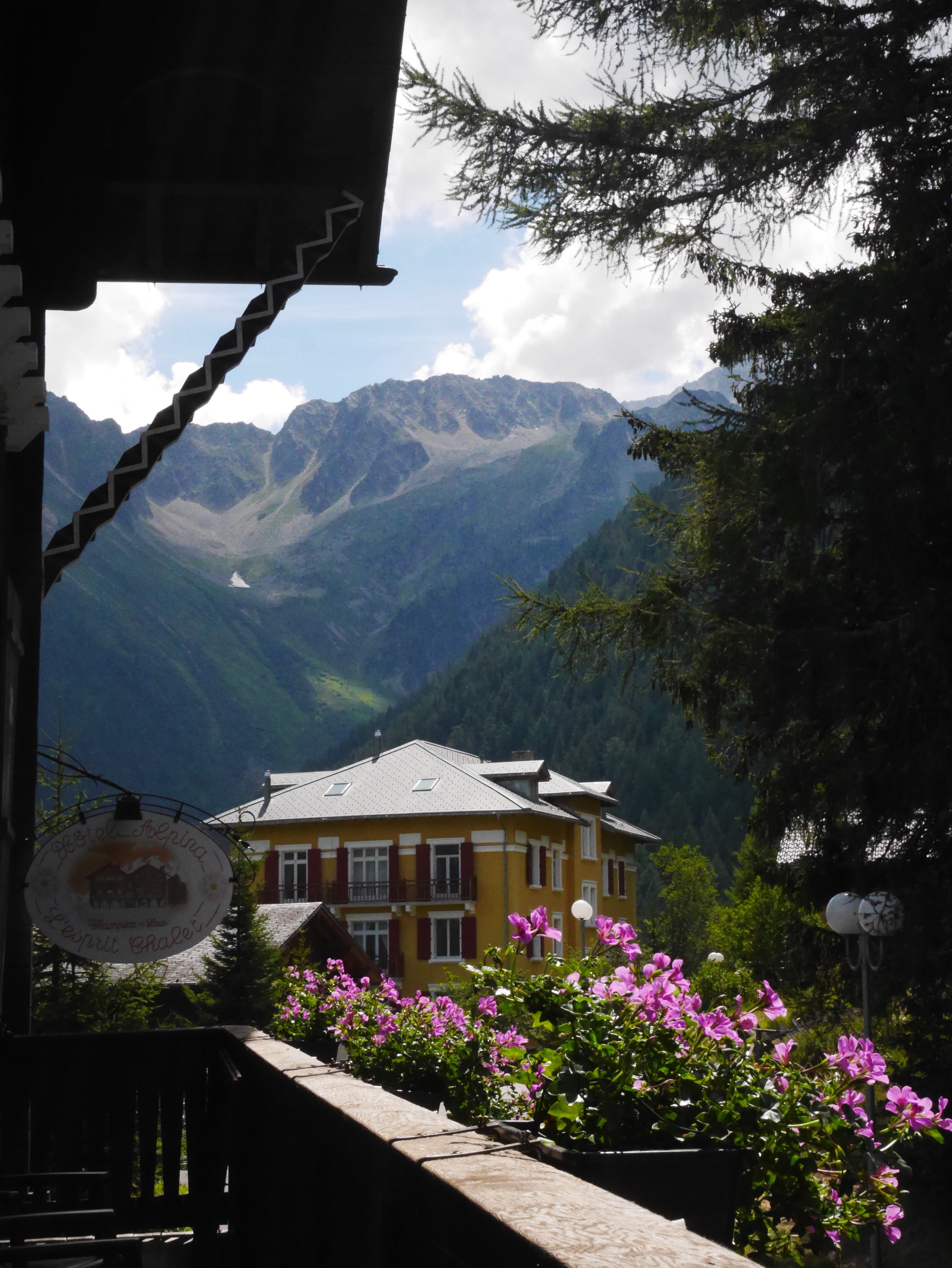 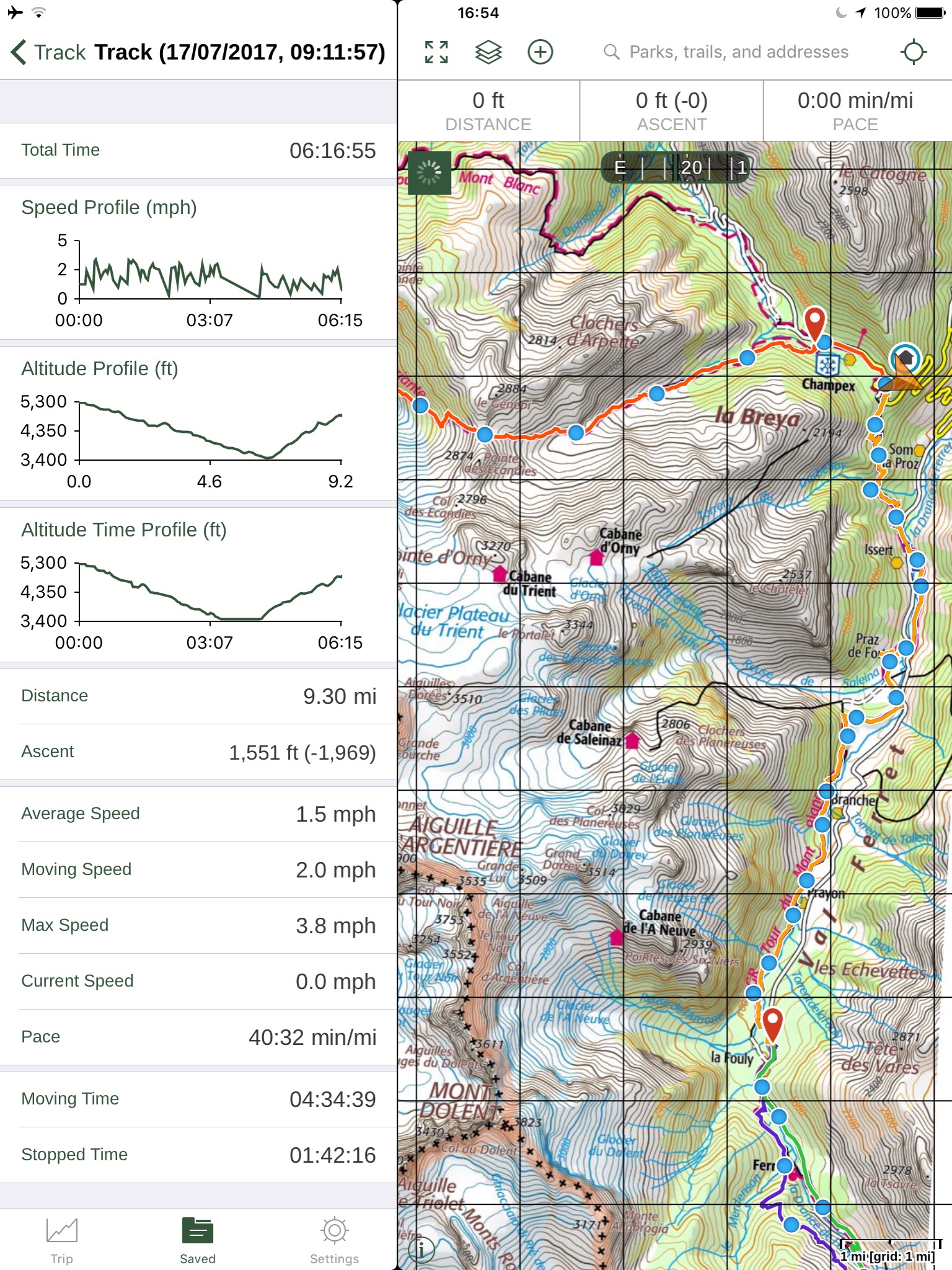