By Richard ListerAugust 17, 2016
Big drive today, so we had solemnly told Helen and Tim we would be leaving at eight – eight thirty. Sure enough, at the crack of 9.15 we said our final goodbyes and made sure we all had the right crockery after last night’s dinner party. They are heading back south and we will go west into British Columbia. Thanks for a lovely few days guys…
It was a brilliant blue sky day and we got onto Highway 16 – the Yellowhead Highway which is a big sweeping road through lumpish, forested mountains which feel quite different from the snowy peaks along the Icefields Parkway. After and hour or so we stopped by Yellowhead Lake for a late breakfast. 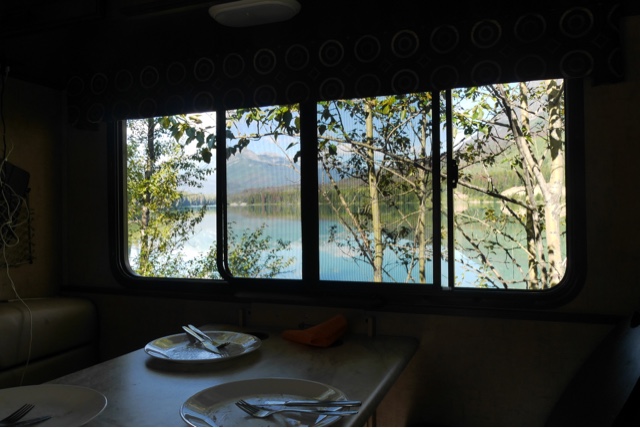 It was mirror flat, reflecting the surrounding scenery so perfectly it was almost disorientating. Long freight trains hugged the far shore. 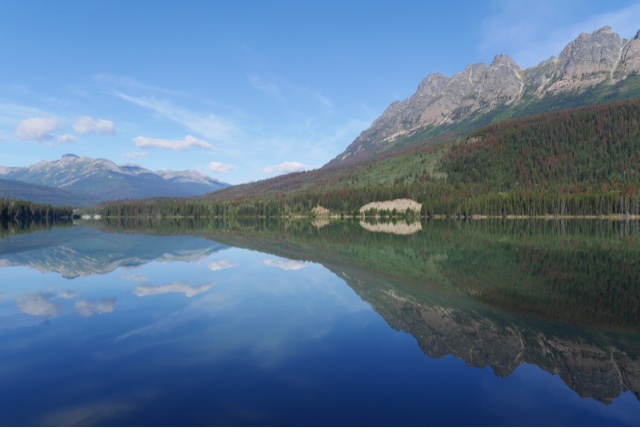 And this was the pattern for the day. Long stretches of driving followed by a stop somewhere interesting. The next was Mount Robson, the tallest peak in the Rockies and very impressive it was too. 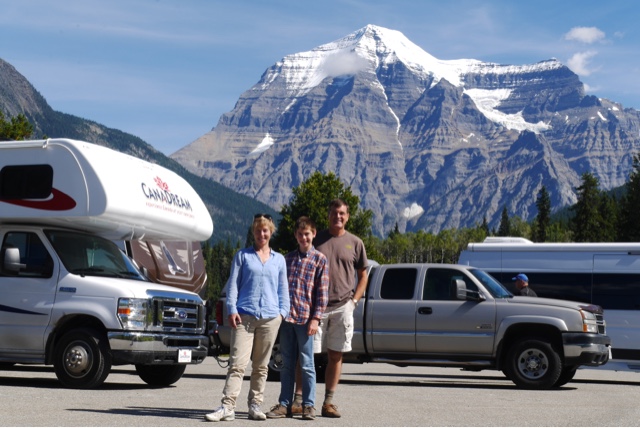 As was the info centre which had all sorts of leaflets about other things to see and do on our way including a stretch of the Fraser River near Valemont where salmon were spawning. That was our next stop and it was fascinating. The salmon begin their lives here and spend a couple of years getting big enough to swim 1200km down to the coast where they acclimatise to the salt water before swimming to the Aleutian Islands off Alaska. After four or five years there they swim back down the coast to the Fraser rivermouth and back along it for 1200 Km to the place where they were born. 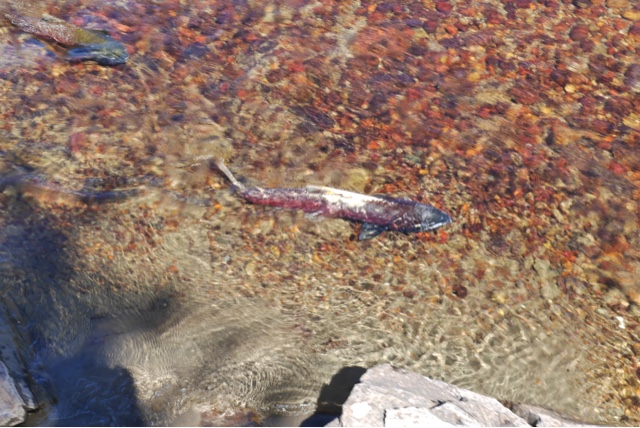 It is simply astonishing. I mean, IT’S A FISH! How can it possibly know how to do all that? And yet there they were, these big exhausted salmon, their reddish skin now scarred and mottled, flapping away in the shallows of the river, laying and fertilising eggs in the place where they were born, in the final acts of their lives. It was a humbling thing to watch. Only one in two thousand make it there and back. What a journey.
Ours continued further south on Route 5 to a River Safari place where you have a good chance of seeing bears. The trip takes an hour on a speedy little aluminium boat, piloted by an enthusiastic Aussie/Kiwi/Scot trying to make enough money to ski over the winter. We went up the river and into a lake flanked by old growth rainforest. 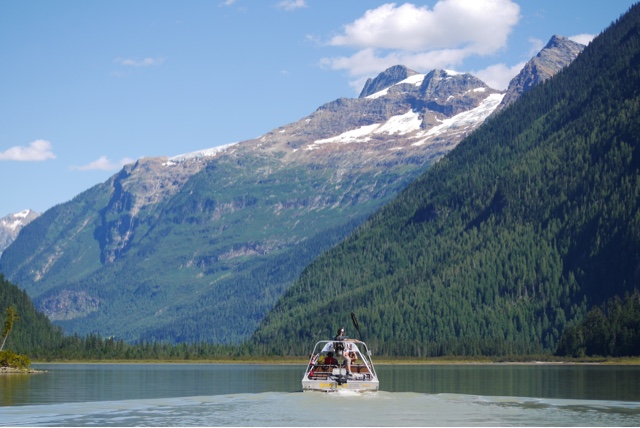 Fairly quickly we saw a little black bear padding along the shore. Ryan cut the engine and switched to an electric motor to move in a bit closer in silence. 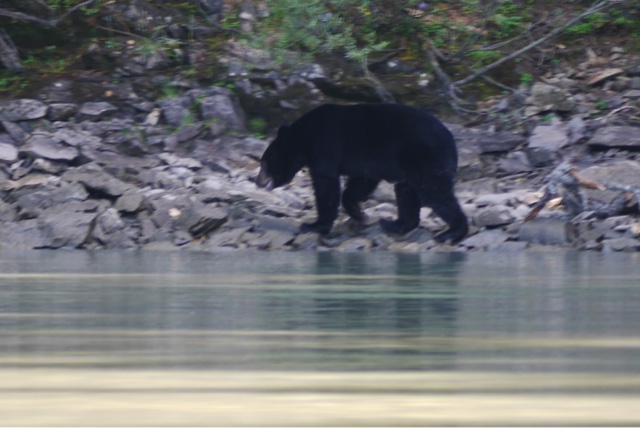 We stayed at a respectful distance and the bear paddled in the shallows briefly, before vanishing into the undergrowth. A little further along we saw another on the lakeshore, and possibly one more, though that may have been the same one. Tom says it was a different bear. So we definitely saw three bears. No question. 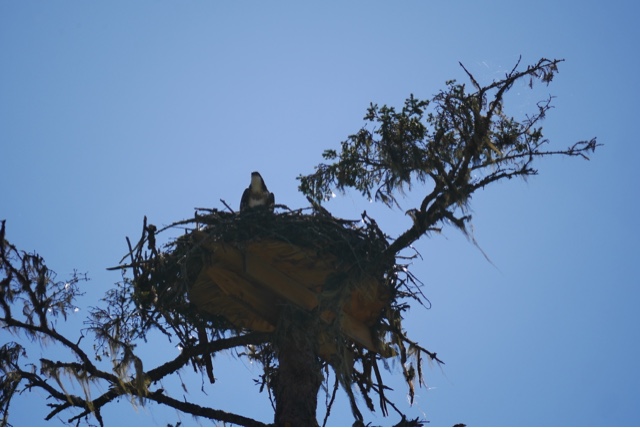 After a stop by a waterfall and a drift along the river past an osprey nest, we were back on dry land and back in the road. We were aiming for Clearwater Lake which is up a sixty kilometres road, only half of which is paved. The unpaved bit was teeth-judderingly bad in places and Tom in the back seat looked quite alarmed. When we pulled into the campsite I saw that we had done exactly four hundred K. A long day, but the site is quiet and zzzzz…