First Hike in the Rockies

By Richard ListerAugust 13, 2016
We had a lie-in this morning with tea and books and general coziness. Oooh it was nice. The rain had washed through, and between the trees above us the sky was bright blue. After a mighty fry-up we drove a few miles to Upper Lake. Actually we are in Canada now so we actually drove a few kilometers to Upper Lake. When in Rome… 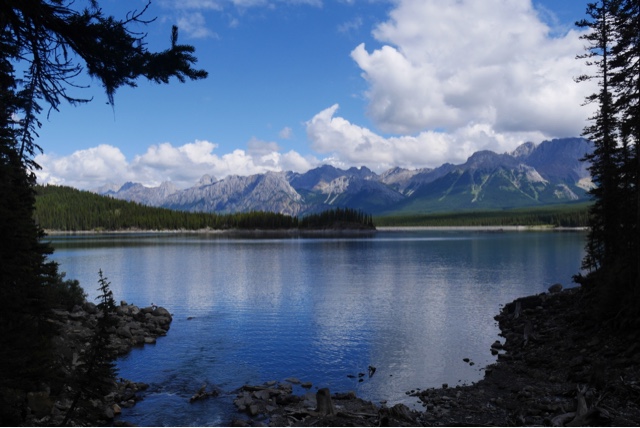 After skirting the lake for half an hour, the walk to Rawson Lake is a steep 2.7 K climb through a still forest of spruce and pine. But the lake at the top of the trail is a stunner; deep cobalt blue with a towering wall of rock at the far end, fringed with snow. 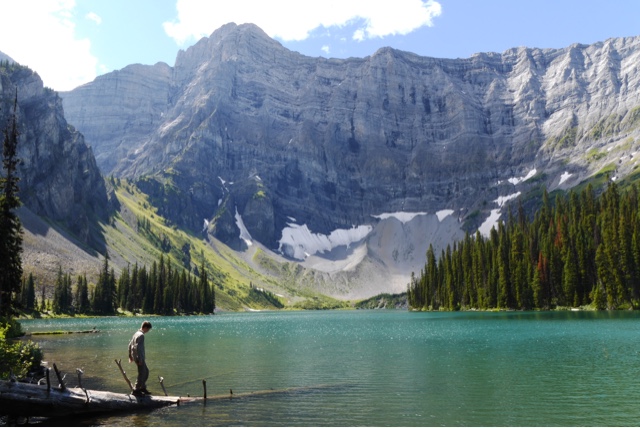 We had our lunch on a fallen tree, the trunk worn smooth and warm from the sun. At the far side we could see a pack of snow by the water’s edge so clearly we had to go and look at it. Because we have never seen snow before.
On the way we were shouted at by ground squirrels and we watched pikas running over the rocks like Slinkys. We scanned the steep green meadows on the mountainside opposite us for bears, but all was quiet. They are around though because it is berry season and all the bushes around here are loaded with red and amber coloured berries. They have closed off trails on the other side of the road to our campground because the bears are in there.
Surprisingly, when we found the snow, Tom wanted to put handfuls of it down Philippa’s neck. Well who saw THAT coming? What a great spot though, with that great bulk of rock towering over us. There were one or two other people about but for the most part it felt like we had it to ourselves. 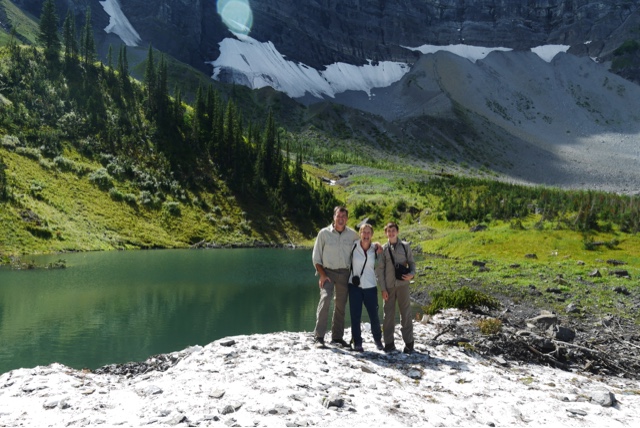 The walk down took no time at all and P made tea in the camper when we got back to the parking lot. We drank it on a bench looking over the excitingly named “Upper Lake”. The wind was rising though and making waves across the tea, so we drove back to the campsite. The walk was about 13k all up and ascended about a thousand feet in the old money. Which also sounds more impressive than “305 meters”.
Back at the campsite we had supper, then drew all the blinds and sat in a comfortable row watching Kevin Spacey in K-Pax. Such a good film: “this planet was worth the trip for your produce alone”.