We’re now on the flight to San Fransisco and I am left with a wistful feeling that there was a whole lot more in Kauai (and to some extent in Maui) that we simply never saw. That’s true of course as we could have spent a lot more time in both places. But we saw plenty. Hawaii is far more interesting than its sun and surf reputation might suggest.  I can’t think of it as a US state – it feels like a foreign country.
The native Hawaiians we met were always charming to us but when they talked to each other they were incomprehensible to our ears. In a way they seem to be living in two countries. We were constantly reminded of just how far away it is from well, everywhere. Most people assumed we were Australian, partly I suppose because Oz is simply much closer than the UK.  It is also a land that loves the apostrophe – though only in the Hawaiian language. When it is used in English it is condemned to signify a plural: “coconut’s” and “mango’s”. Philippa has to be physically restrained from whipping out the marker pen…
We will miss the nightly bubbling of the bullfrogs, the shriek of the crickets and, to a lesser extent perhaps, the squawks of the roosters an hour or so before dawn. We will certainly miss the magnificent Pacific, breaking its blue waves over the only significant islands in the seven thousand miles between Papua New Guinea and California.
Two nights in Santa Cruz and then home. 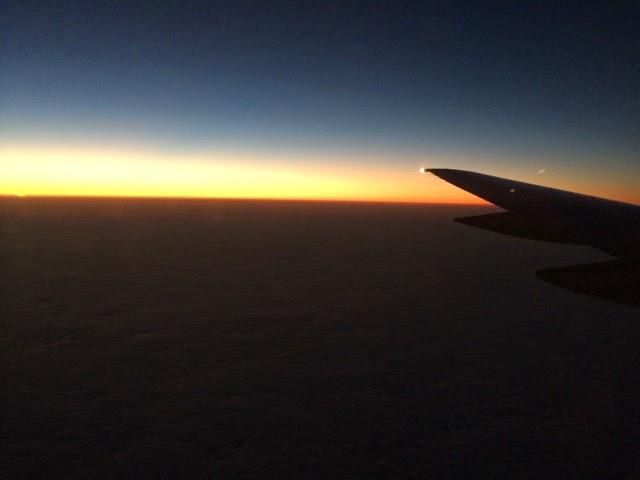