Coast and Mountains – LA and the Rockies 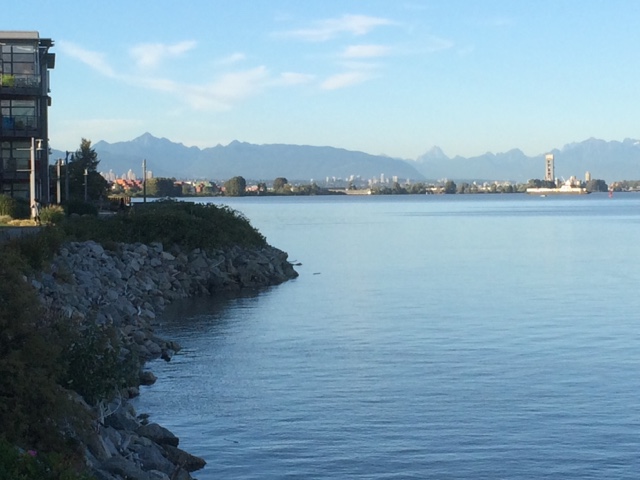 Vancouver airport says a lot about Canada. It is an airy, welcoming space with carved wood and pastel stone. There are water features and sculptures and a sense of cool serenity. There is pride without the boorish machismo that so often goes with it. When you get to immigration the lady behind the desk smiles and chats a bit and welcomes you in. Imagine that! A border control person who actually seems glad you’ve decided to cross their border. In fact the whole 36 hours we spent in Vancouver were punctuated with moments like this – moments which seem to add to the sum total of what Canada is all about. For ease of recognition I will mark them thus 😎
The Holiday Inn Riverport is twenty minutes further from Vancouver than the airport is; an inconvenient fact redeemed by others: it is cheap, it has a free airport shuttle and a pool, and breakfast is included. We found supper at the Old Spaghetti House nearby and pretended very hard that it really was eight in the evening and not the four in the morning our heads thought it was. Tom was especially keen on telling us how late it actually was over our protestations: “no but it really is”. The polite hostess had asked us to wait for ten minutes before going to our table to let the waitresses catch up. But after noticing our accents she said “you know what, I can seat you now – come on out” 😎
Supper was mostly pasta, and terrific and came of course with salad and bread and that sweet whipped butter which says you are in North America. I found that a pint of wheaty beer went a long way to shutting my brain up about that whole four am thing.
Afterwards we found the riverfront and walked along it for a while as the sun drifted lower. A seal swam doggishly in the middle of the channel before vanishing; container ships sent waves slapping against the bank. 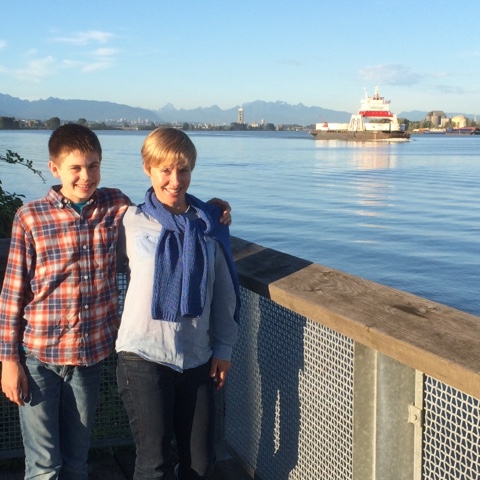 When we got back, the corridor outside our room was infested by roaming bands of small boys who appeared to have declared independence. They eyed us with suspicion and looked as if they were Up To Something. What with Lord of the Flies being re-enacted outside the door and their parents hiding in the bar downstairs this looked like being a long night but earplugs cure all ills and having been up for about 26 hours, sleep soon clubbed us over the head. 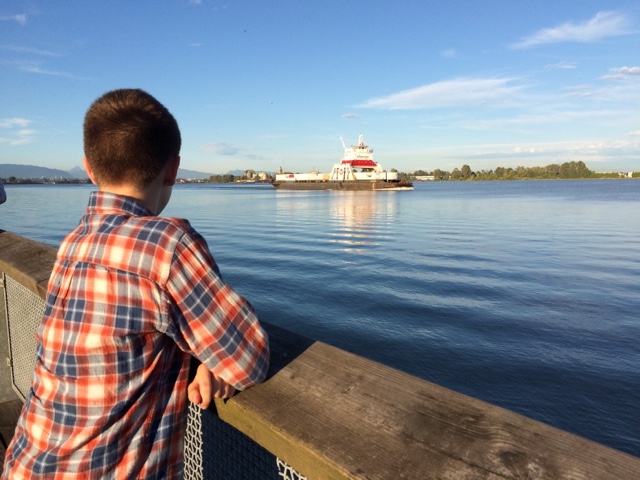