A day in Vancouver 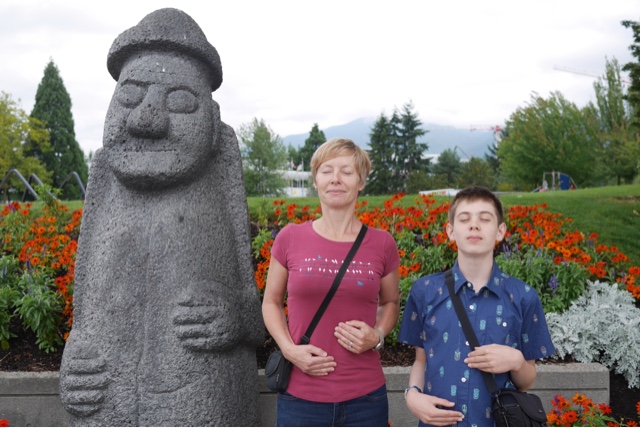 Our plan for spending 36 hours in Vancouver had been helpfully charted by the New York Times in an article entitled “36 hours in Vancouver”. First though we had to get to Vancouver and thanks to my over-excited-but-not-careful-enough map-reading our hotel wasn’t the three blocks from the metro station I thought was but in fact a couple of miles. So hooray for the excellent CityMapper app which found a bus route to the metro. And double hooray for the lovely bus driver who was waiting at the stop in her empty bus and asked us where we were going and then gave us free tickets to get there; “we sometimes do this for the tourists” she said with a smile 😎.
From there it was a seven minute non-stop zoom to the metro where cheap day-passes would cover every other journey we made today – including on the ferry 😎. Vancouver has long been one of our “we could live here” cities, with its broad and busy waterfront and jagged mountain peaks looming up in the background. Who wouldn’t like living somewhere where you can watch float planes taking off and landing all day; bouncing over the waves towards or from some pristine wilderness. Our first stop though was the commuter ferry across to North Vancouver under steely skies which obscured the tops of the surrounding peaks. 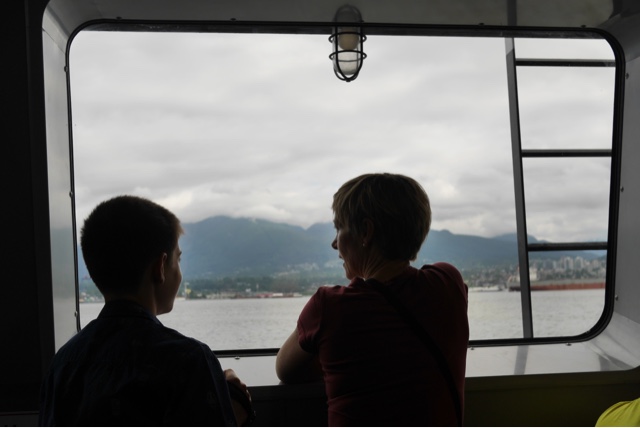 Vancouver is a busy commercial port with giant red-hulled container ships anchored like iron islands around the loading docks. The old shipyards on the other side have been converted into a marketplace and restaurants and we mooched about being tourists, browsing the stalls, drinking the coffee. 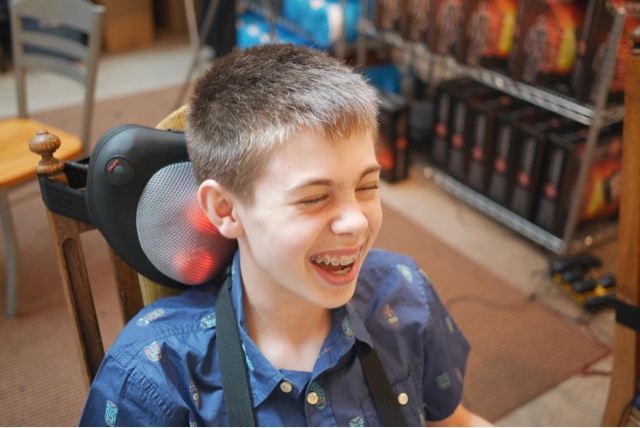 T and P played chess with a giant set on the floor before we took the ferry back. 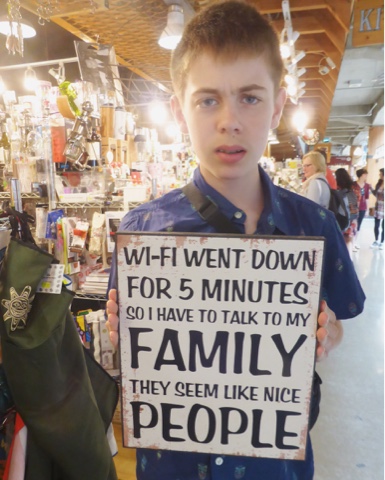 The spit by the harbour in Vancouver is an attraction Tom had seen an advert for on the metro. “Flyover Canada” is a virtual reality tour of Canada’s hilights and it was astonishing. First though came a funny safety video in which the Canadians poke fun at themselves by having all of their national stereotypes represented; so the ice-hockey player with no front teeth is asked to stow his stick, and the lumberjack in a checked red shirt is told he can leave at this point if he thinks he might be scared 😎. Then, you are belted into a row of seats with a barrier in front of you and a huge curved screen beyond, but when the lights go out, the barrier flips down and the seats move forward into an open space in which the screen is above and below you as well as ahead of you. You then “fly” at low level over the Rockies and Niagara Falls, up rivers and over prairie. The seats bank and dip and it is so realistic we all got vertigo as the “flight” took us over the edge of a mountain top. When you move through cloud, you get a mist of water in the face which is rather refreshing…

After lunch at a funky sandwich shop serving a choice of exactly four different sandwiches, we walked to a bike rental place at the edge of Stanley Park. Everyone else was doing the same thing but the smiling staff had devised an efficient system which ensured no-one waited and everyone got what they wanted 😎. Minutes later we were pedaling around the edge of the Stanley Park peninsula, past beaches and bays striped with huge bleached tree-trunks which had drifted away from the loggers and come to rest on the shore. 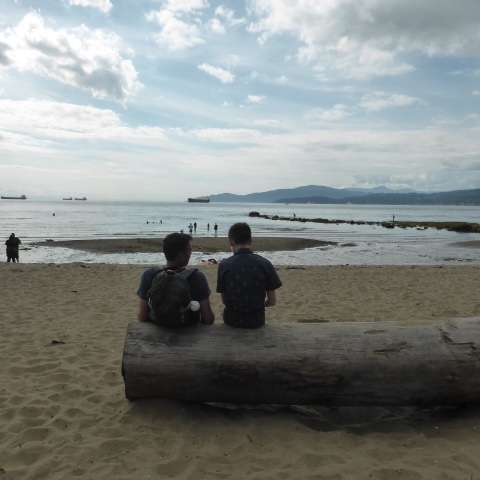 It was a grand ride in the late afternoon sunshine; Tom  launching himself furiously down the bike path all knees and elbows, trying to go as fast as he could. 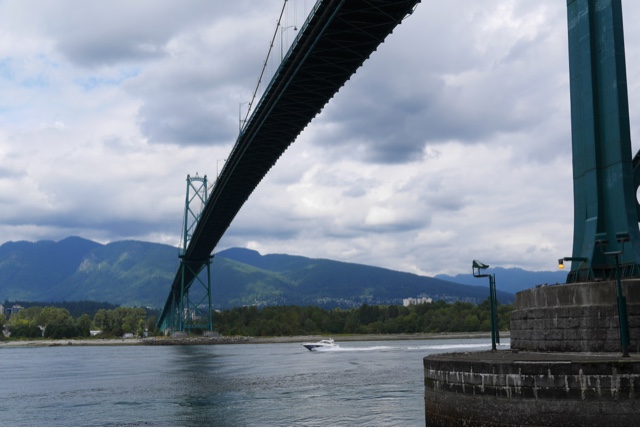 After a circuit of about 10k we gave the bikes back and found a harbour-side bar to cool down with something cold while we watched the float-planes.
Dinner was at a Japanese canteen (Guu) I’d read about which doesn’t serve the usual sushi but all sorts of weird and wonderful dishes such as chicken knees and sea urchin. The seats, tables, walls and floor are all plain wood and the lighting is dim. It feels like old Kyoto and all the staff greet everyone with bursts of shouted Japanese, which takes you a bit by surprise. All the orders are shouted too and the whole place has a noisy energy about it which is truly infectious. Tom was approximating the Japanese greetings with gusto even though we had no idea what they were on about. The food was “Japanese tapas” and quite extraordinary with straw mushrooms blended with pickles, melting cubes of curried beef (delicious), sea urchin with seaweed wafers (like a creamy mouthful of the sea, and somewhat overpowering) and delicate sashimi. P and I tried samples of six different kinds of saki and Tom wet his lips on all of them to give us his expert opinion. Which frankly, was no less expert than ours…
fed up and agreeably drunk we staggered out amid a final friendly hail of Japanese greetings 😎 and found our way back to Riverport via metro and buses and with the helpful prompting of Citymapper. What a terrific day. 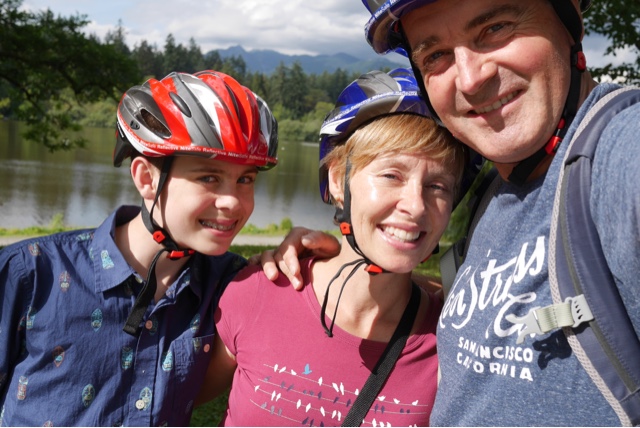