Sunshine, the Blue Lagoon and home…

By Richard ListerJanuary 2, 2012
Dark mornings are a feature of a British winter of course, but in Iceland at this time of year it doesn’t really get light until after ten thirty and that takes some getting used to. You can wake up, have a lie in, then get breakfast, and its still dark! This morning though the milky blue dawn revealed a perfectly clear sky and the prospect that we might even see the sun for the first time here. We packed up and made off through Reykjavik’s silent grey streets, heading for the airport. Our day snowed-in at Hengill meant we didn’t see as much of the city as we would have liked – the Cathedral tower will have to remain unclimbed (by us anyway). As we drove out through the snow-covered lava fields, the sun hid behind the hills, casting a glow over the low clouds offshore before finally climbing above the horizon, impossibly bright. We pulled off the road before the airport to go to the Blue Lagoon, a small lake full of mineral rich water which was giving off clouds of steam ahead of us. 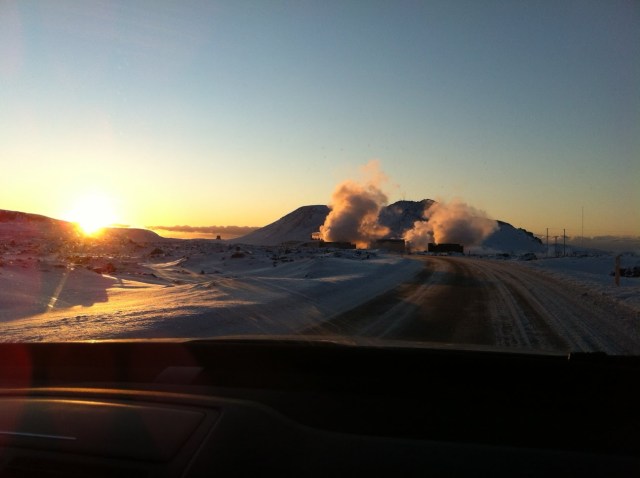 Its not quite the natural wonder that it appears to be. The water is pumped from a mile underground and then used at the nearby geothermal power station before being pumped into an artificial lava lake-bed which forms the Blue Lagoon. Not that there was any mention of that on the signs outside which talked a lot about the natural healing properties of the water, but you can forgive them for that. “Come and bathe in power station-outflow” isn’t perhaps the ideal way of pulling in the punters. It is though, a lovely experience.

The water is warm and a cloudy blue. It was -6C when we were there and the clouds of steam made it impossible to see from one side top the other. P and I smothered ourselves in the white silicate mud and were instantly ten years younger. Tom, who hasn’t got ten years to lose gave the mud a wide berth. He liked the lava cave though and it was all slightly surreal. It was very relaxing too and we left feeling that we had warmed up our inner cores and taken a few lines off as well! 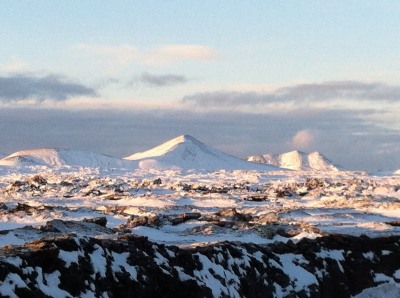 From the observation deck we enjoyed our last big views across icy Iceland before making for the airport.  Even at midday the sun was only just above the horizon so it never really feels like anything more than early morning, until the light slowly begins to fade and twilight settles over everything.

We never did see the Northern Lights in the end, although we had our fingers crossed right until the last minute at the airport where it was still cold crisp and clear – the perfect conditions apparently. But, not quite, according to the lady at the cafe at our gate who told a couple of disappointed English tourists that it wasn’t NEARLY cold enough to see the Northern Lights yet. Maybe we will have to come back again. It was a lovely few days and left us hankering for more. 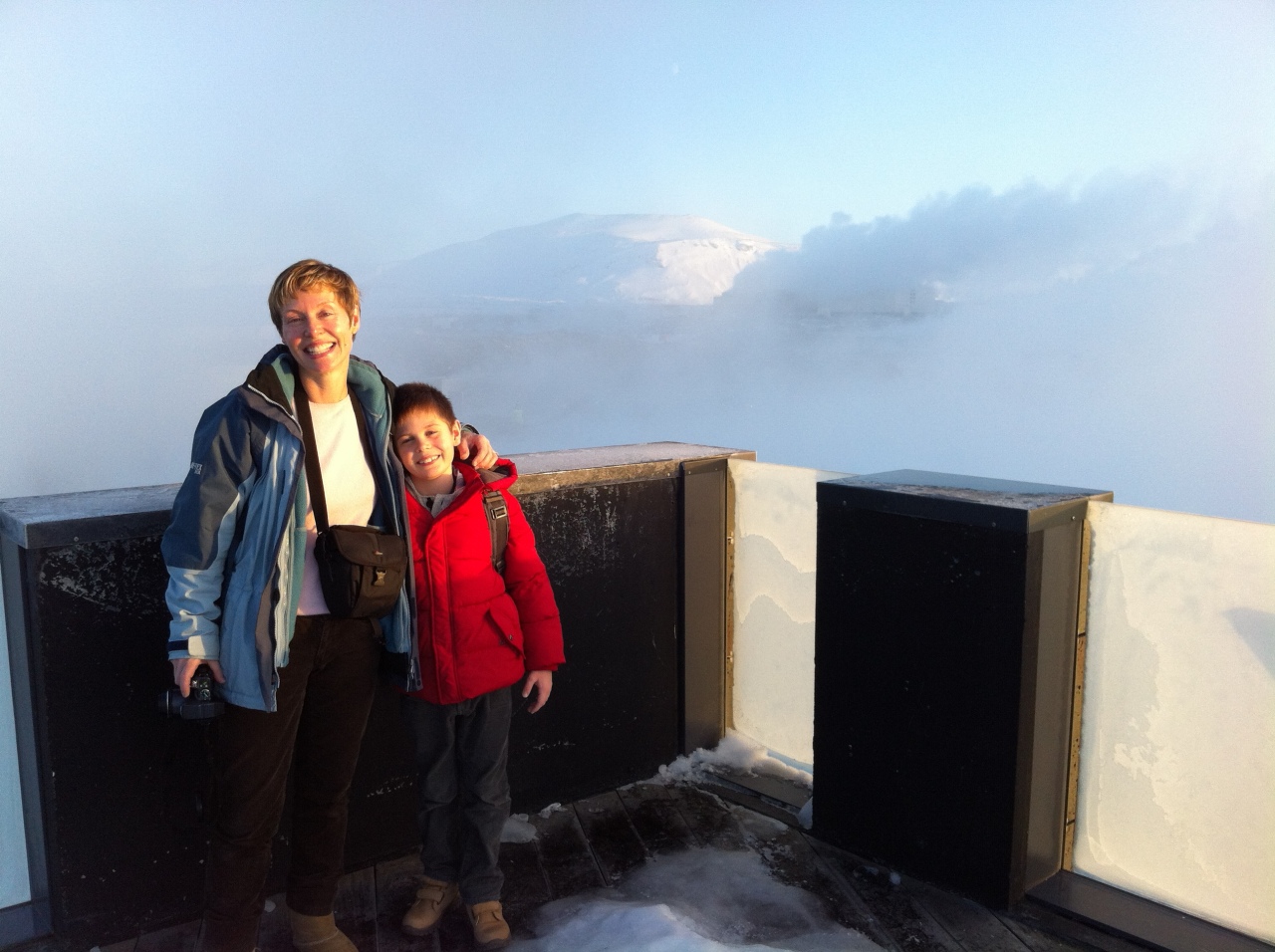 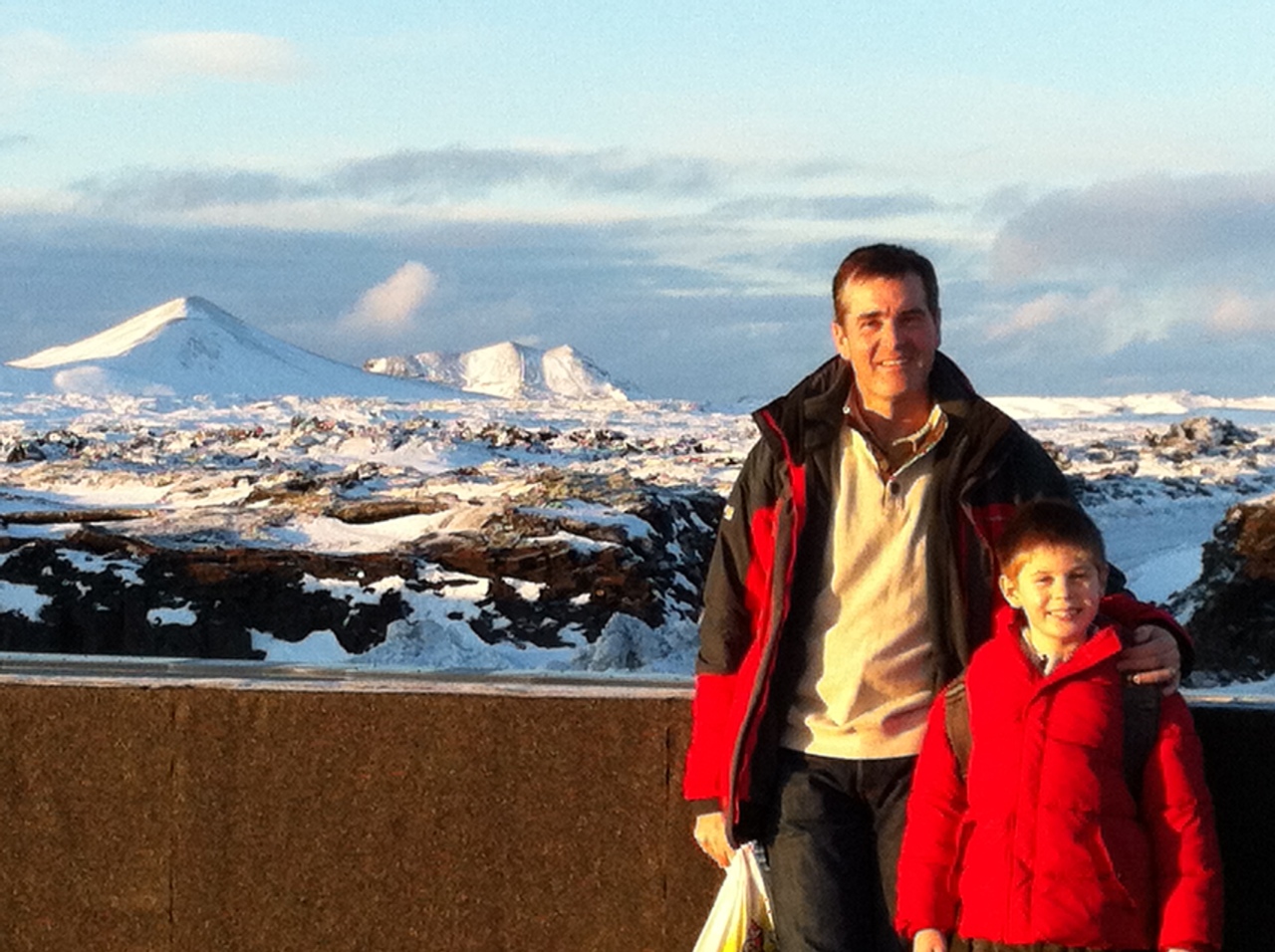