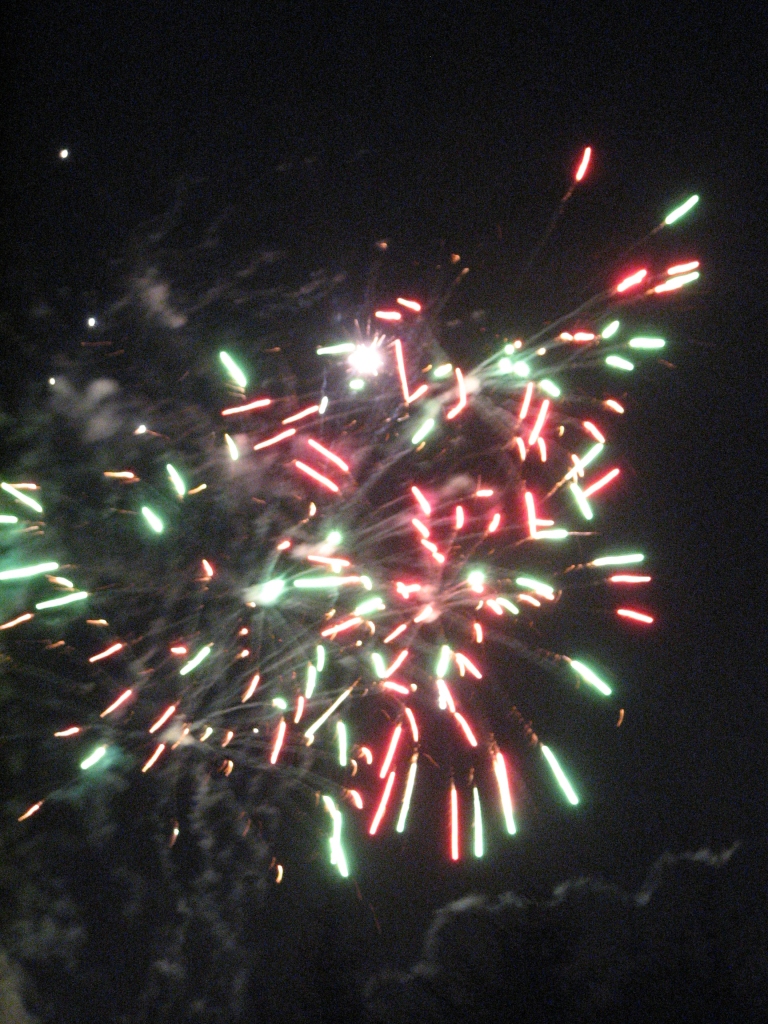 From a riotous Reykjavik which feels like its under bombardment. The fireworks have been going off across the city like one giant display for three quarters of an hour. It’s amazing. The sky is now thick with smoke. Happy 2012 to you all! 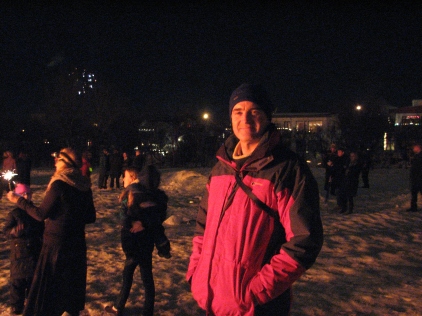 There was more to our day than that though – and indeed more to the New Year’s Eve celebrations. Our evening began at about the only restaurant we could find that was open. An Icelandic tapas place on the harbour that came highly recommended. There was a set course menu but the various – mostly fish – courses were wonderful and stuffing.

We staggered out into the icy car park and arranged to meet the parents of an Icelandic friend to see how Icelanders celebrate New Year. It turns out to involve rather a lot of setting fire to things with fireworks all over the place and the most enormous neighbourhood bonfires you have ever seen. Inga’s Dad met us and took us to a residential street with a large field behind the houses in which a small forest appeared to be at the centre of an inferno. The heat was tremendous and all around us people were pulling fireworks out of their pockets and setting them off, just like all those public information films in the Seventies said we shouldn’t do. Tom ran off to make a snow cave with  Inga’s kids who were staying with their grandparents, and for an hour or so we crisped our faces in the heat from the bonfire and looked out over the city where distant sparkles were flying into the air from all angles.

At ten o’clock, everyone went inside. It is a tradition in Iceland, that everyone, but everyone watches a satirical New Year’s Eve program on TV called “Áramótaskaupið. Which almost certainly isn’t pronounced as it is spelled so don’t bother trying. Inside our host’s house a large crowd had gathered in the living room with booze and platefuls of food, while largely incomprehensible humour (to us anyway) was being played out on a screen in front of them. It was a lovely friendly atmosphere and the language barrier was largely overcome by much smiling and passing of drinks. We left before the end and made our way through an utterly deserted city back to the apartment.

We could tell when the program finished because that’s when the sky started exploding all over again and continued to do so until the small hours. That’s the way to see in a new year…

I’m not tired, I am staying up to see the new yzzzzzz